You are on a roll today .

pgs said:
You are on a roll today .
Click to expand... 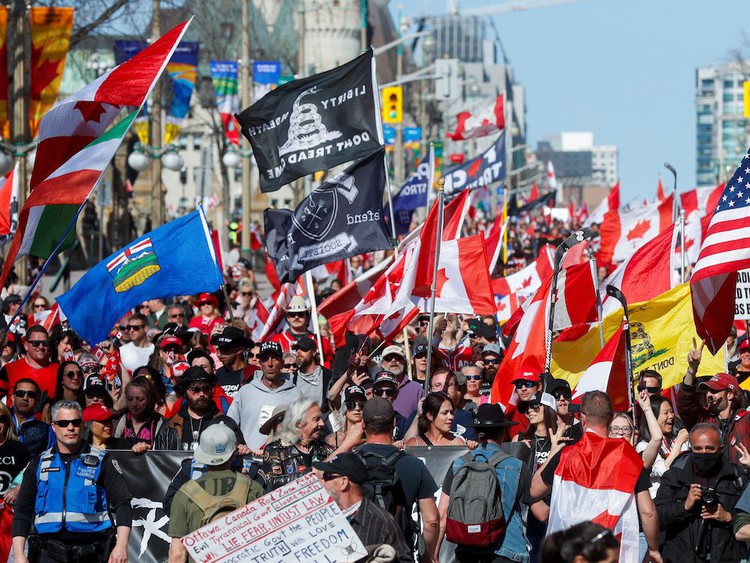 For Trudeau and other leaders, political violence is only unacceptable if it is done for the wrong reasons

Prime Minister Justin Trudeau issued stern statements about possible hate crimes and violence before they arrived, while his cabinet ministers forecasted a possible repeat of the Freedom Convoy. Unfortunately for them, almost nothing politically beneficial, ie. a violent protest that they could use as a wedge, actually happened during the rather tame weekend in the capital.

Few people are probably aware that a more political, and more dangerous event occurred in Montreal over the same weekend.

So-called “anti-capitalists,” hiding behind masks, marched through the streets of the country’s second-largest city last Saturday, and were filmed terrorizing people they thought were getting in their way. Near the Place du Canada, the mob marched through the streets and began smashing windows, and spray painting parked cars. At least one person filming them had their camera knocked out of their hands.

It was not gravely acknowledged by the prime minister, or really any politician of note.

During last year’s May Day protests, an elderly couple with the misfortune to be driving on wrong street at the wrong time, became surrounded by a hostile mob.

One member of the crowd began smashing the front of the couple’s car with his foot, while several others banged their hands on the side of it. In a video of the incident, the driver, a presumably terrified grey-haired lady, appears to open the car door to try and exit her vehicle. The door was pushed back in her face, forcing her back inside the car, while more rioters damaged it with kicks and other blows.

May Day riots have been allowed to become an annual tradition in Montreal. The destruction is normalized, and at this point, federal politicians have nothing to gain from condemning it. For lawmakers who treat political violence, or the illusion of it, as a political opportunity, attacks on elderly couples are irrelevant if they cannot curry political capital off of it.

Last summer, Canada suffered what was probably the biggest wave of religious hate-crimes in living memory. Scores of churches were burned, damaged, or vandalized across the country. This was done in the name of Indigenous justice, even as Indigenous leaders swiftly told those committing the hate-crimes to stop their activities immediately.

The motivation for the arson was either labelled “understandable” by the prime minister, or, not mentioned at all. NDP leader Jagmeet Singh said the worst thing about burning the churches was how it could lead to forest fires, and avoided condemning it on political, or moral, grounds.

Nonetheless, doubtful, and ultimately misreported, stories that truckers tried burning down apartments in Ottawa was enough for Jagmeet Singh to decide to support Trudeau’s invoking of the Emergencies Act (?).

Had a church actually been razed by arsonists, a senior citizen assaulted, and large storefronts smashed to pieces during the Freedom Convoy, the prime minister might have had a better reason to pull the political stunt of invoking the Act. 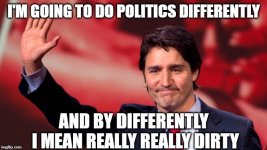 In a different Canada, ideological riots in Montreal and a sustained hate crime wave against Catholics would not be judged by their potential to score political points, but as unacceptable public dangers regardless of their political motivations. Unfortunately, we live in a Canada where political violence, real or imagined, is only condemnable if people hold the “wrong” beliefs. With the attitude of the current government, and its partners, this is not likely to change anytime soon.

Nice hair though .
Reactions: Ron in Regina and B00Mer
You must log in or register to reply here.
Top Bottom