A judge has ordered Ghislaine Maxwell to turn over a trove of secretive documents in the next two weeks, including financial records revealing the “funding received from the Clinton Global Initiative and the Clinton Foundation.”

The documents in question were originally filed in connection with alleged Epstein victim Virginia Roberts lawsuit against Maxwell. Giuffre, who claims she was held hostage as Jeffrey Epstein and Maxwell’s “sex slave” and trafficked years, sued Maxwell for defamation in 2015.

While the defamation suit ended in an undisclosed settlement in 2017, Maxwell’s July 2020 arrest made the documents submitted in the suit public interest.

A tranche of records revealing the funding Maxwell received from the Clintons’ charities may shed light on why the former president has taken at least 26 flights on Epstein’s private jet “Lolita Express.”

Maxwell’s attorneys have repeatedly tried to seal personal records ahead of her upcoming sex-trafficking trial, arguing “continued unsealing of these materials implicates her right to a fair trial in her pending criminal case.”

Article content
Add a handful of documentaries and a truckload of podcasts to the twisted canon and a disturbing mosaic emerges.

But the 59-year-old disgraced socialite is now a long way from weekends in the Hamptons, Hollywood red carpets or lounging naked on the beach at Epstein’s private Caribbean redoubt.

Maxwell is rotting in a New York jail awaiting her November sex-trafficking trial. She has denied wrongdoing.

One of the first reporters who was on to Epstein — who died mysteriously in his New York jail cell in 2019 — was Julie K. Brown of the Miami Herald. She has done much of the lifting in exposing the billionaire hedge fund manager’s vile crimes and sweet deals with prosecutors.

Virginia Roberts Giuffre has been the most public face of Epstein’s debauchery.

According to an excerpt from the book, “(Maxwell) could be a tyrant, often glaring at (Giuffre) whenever she became distracted from her ‘work.’ It was clear to Virginia that Maxwell was in love with Epstein. But Epstein and Maxwell rarely slept together or shared intimate moments, like holding hands or kissing.”

The teen was a troubled kid who had run away from home. At Mar-a-Lago, Maxwell allegedly asked Giuffre if she was a masseuse.

No bother, the imperious socialite said, why not apply to be Epstein’s private masseuse?

“Virginia was skeptical, pointing out that she didn’t have the proper training. But Maxwell assured her that she could learn on the job. She gave Virginia her address and phone number. ‘Why don’t you come by after work?’” an excerpt of the book revealed.

Giuffre took up the offer and went to Epstein’s posh Palm Beach mansion.

“‘If you do well,’ Maxwell told her, ‘then maybe you could become Jeffrey’s travelling masseuse, seeing the world and getting paid well for it.'”

Giuffre never appeared to ask why Epstein and Maxwell would be interested in a teenager. It soon became clear.

“It’s OK,” Epstein allegedly said, according to the book. “I like naughty girls.”

“With that, he flipped over, exposing (himself). She looked at Maxwell for guidance, but the proper English lady was now topless. She began to undress Virginia … ,” the book claims.

Maxwell has denied a sexual relationship with Giuffre, who alleges the socialite and Epstein had a “a kindred hedonism.”

Giuffre claimed that by greasing Epstein’s access to young girls, Maxwell stayed close to the man she loved.

“It was an arrangement whereby she would bring him the girls, and he would give Ghislaine the kind of self-indulgent life that she was accustomed to growing up,” Giuffre alleges in the book.

A life that is now effectively over. 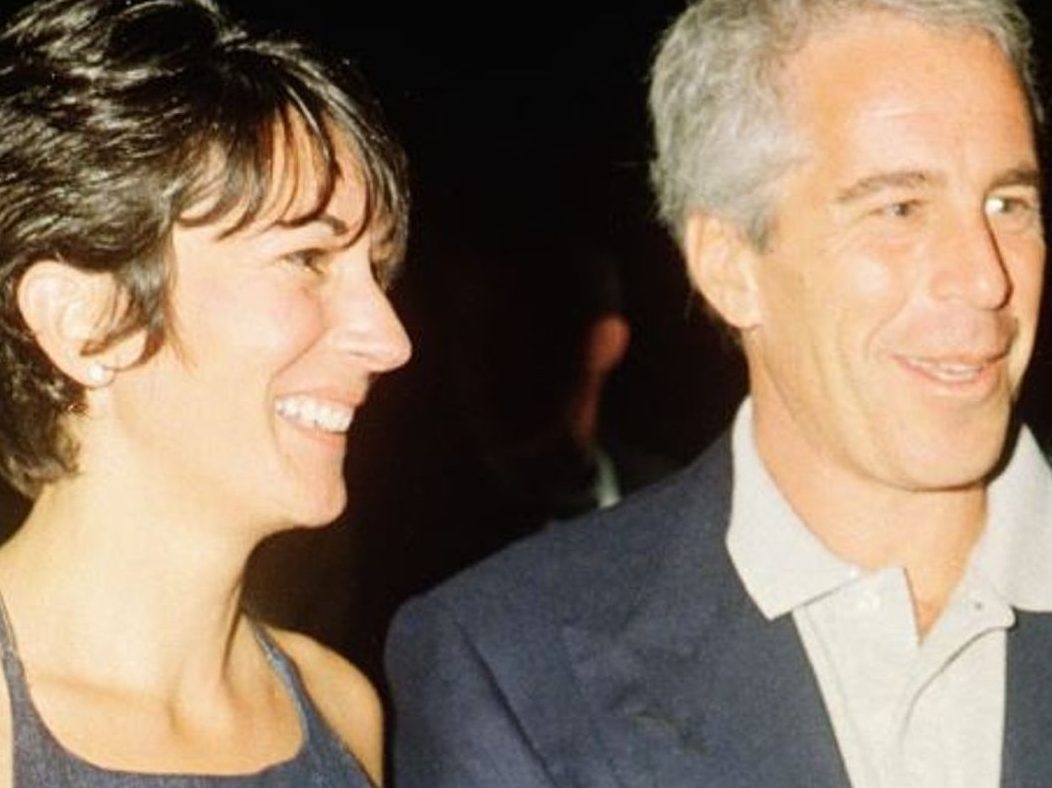 There are probably half a dozen books on billionaire uber-creep Jeffrey Epstein and his sickening crimes.

Article content
The estate of the hedge fund headcase has been hit with three more lawsuits from women claiming Epstein sexually abused them.


Epstein killed himself in Aug. 2019 while awaiting trial on a slew of sex trafficking charges.


Today, his 59-year-old former muse, Ghislaine Maxwell, is caged in Brooklyn while she waits for her November sex trafficking trial.

Now, more lawsuits have bombarded Epstein’s estate, believed to be worth hundreds of millions of dollars.

According to Patch, the plaintiffs in the three separate lawsuits — identified in New York Supreme Court papers as Jane Doe XIII, XV and XVIII — say they were assaulted by Epstein at the ages of 11, 32 and 13, records show.

“Epstein’s predatory, sexual, and unlawful acts against Plaintiff amounted to a series of harmful and offensive contacts to Plaintiff’s person,” the 13-year-old Doe’s suit said.

“All of which were done intentionally by him to her without her consent.”

Dozens of women have accused Epstein — and in some cases Maxwell — of sex trafficking them to wealthy pals of the financier. Maxwell is alleged to have helped groom Epstein’s underage victims.

The Microsoft founder told CNN that he was trying to get Epstein to cough up some cash for philanthropy. Epstein wasn’t known to support charitable causes out of the kindness of his heart.

“Gates regrets ever meeting with Epstein and recognizes it was an error in judgment to do so,” The New York Times quoted a spokesperson for Gates as saying. 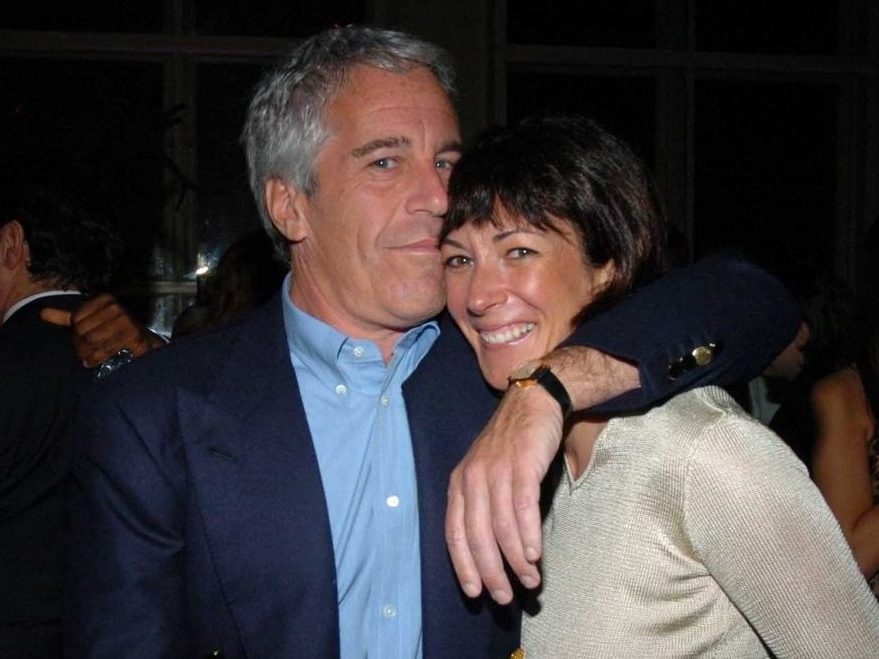 Article content
The explosive lawsuit comes almost two years to the day that Epstein died in a New York jail while awaiting trial on conspiracy and child sex trafficking charges.


The suit was filed in federal court in New York by Virginia Roberts Giuffre, days ahead of an expiration date in accordance with New York state law.


A U.K.-based spokesperson for Prince Andrew said Monday there would be no comment on the suit.

In a 2019 interview with the BBC, Andrew denied allegations related to Giuffe, saying “we never had any sort of sexual contact whatever.”

Giuffre, 38, is now a mother and lives in Australia. She first accused the prince of sexual abuse in public court filings in December 2014. 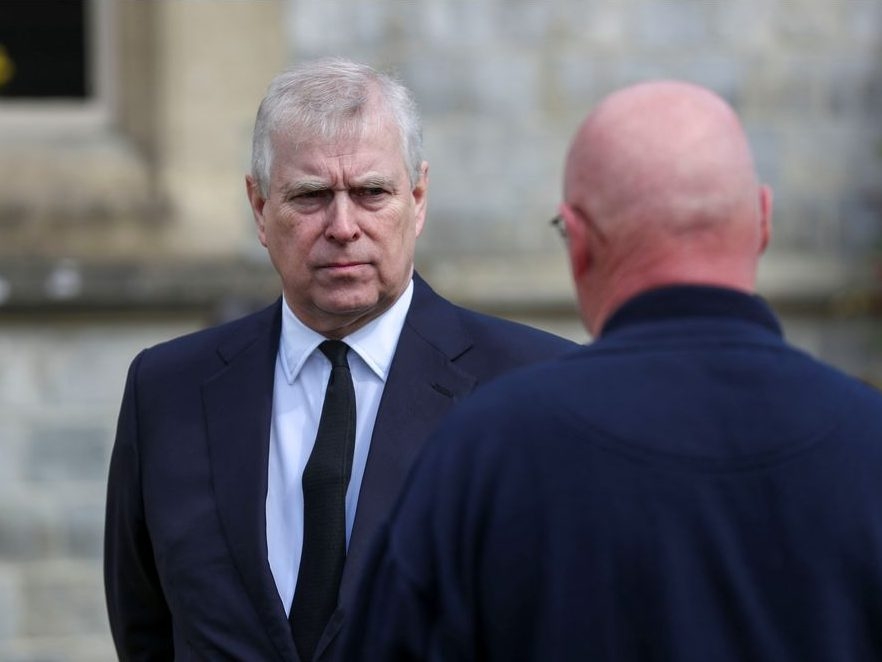 Article content
Could the princely prat find the lone bird hidden in the cat puzzle? I doubt it.


Andrew is an awkward, lazy, likely tone-deaf liar who appears to believe that he’s above the tumultuous entanglements that have now ensnared him.

For decades, the 61-year-old Duke of York traipsed around the world dining out on oligarchs, corrupt Eastern European businessmen and the world’s dictators. Greedy, venal, stupid. Yes, that’s Andrew.

The stench of corruption and decadence is indeed strong with this one. Oh, people turned a blind eye and made jokes.

No one, however, is joking about the alleged sexual assault of a 16-year-old girl long ago. Least of all the FBI, U.S. Marshals, and the U.S. Department of justice.


Maxwell, an old chum of the prince, introduced him to the pedophile billionaire in the 1990s. Now, Roberts is singing like a canary.

Epstein topped himself in a New York jail cell in 2019 while Maxwell is caged awaiting her sex trafficking trial slated for November.

As for Andrew, he has been playing a two-year game of cat and mouse with American officials who are desperate to question him. The Royal claims he’s told the Americans “sure, any time.”

The Yanks say he’s lying and I believe them.

Now, according to the U.K. Sun, the United States is putting the squeeze on the Brits to get Andrew to cooperate with detectives. They are growing steadily pissed.

They want to know ALL ABOUT the Royal rogue’s friendly relationships with Epstein and Maxwell. And what about those 13, 14, and 15-year-old girls that always seemed to be hovering around the pool?

Article content
Andrew did not appear to give a whit about them during his many visits with Epstein at properties in London, New York, Palm Beach, and in the Caribbean.

In 2020, the U.S. even made a formal request to query the uncooperative prince. Investigators call him a “person of interest” in the ever-widening probe that is targeting Epstein’s coterie of highfliers and jet-setters who ravaged vulnerable, underage girls.

Federal prosecutors in New York have scoffed at Andrew’s repeated proclamations that he is willing to cooperate with the probe.

“[He has] sought to falsely portray himself to the public as eager and willing to cooperate” but in reality has offered zippo and has gone to ground.

Roberts is now suing the royal, claiming Epstein and Maxwell forced her to have unwanted sexual intercourse with Andrew at the British socialite’s London home.

Article content
The young Florida woman who was allegedly lured into Epstein’s sickening web by Maxwell says she thought she’d be murdered by the hedge fund manager if she didn’t have sex with Andrew.

For his part, the prince has denied any wrongdoing.

He mumbled and stuttered that he did not even know Roberts on his train crash BBC interview last year. A photo of Maxwell, Roberts, and the prince says otherwise.

Maxwell has also denied any wrongdoing. She will have her day in court.

In the meantime, patience with Andrew is waning.

The U.K.’s top cop, Dame Cressida Dick, was blunt in a missive to her detectives on the matter. 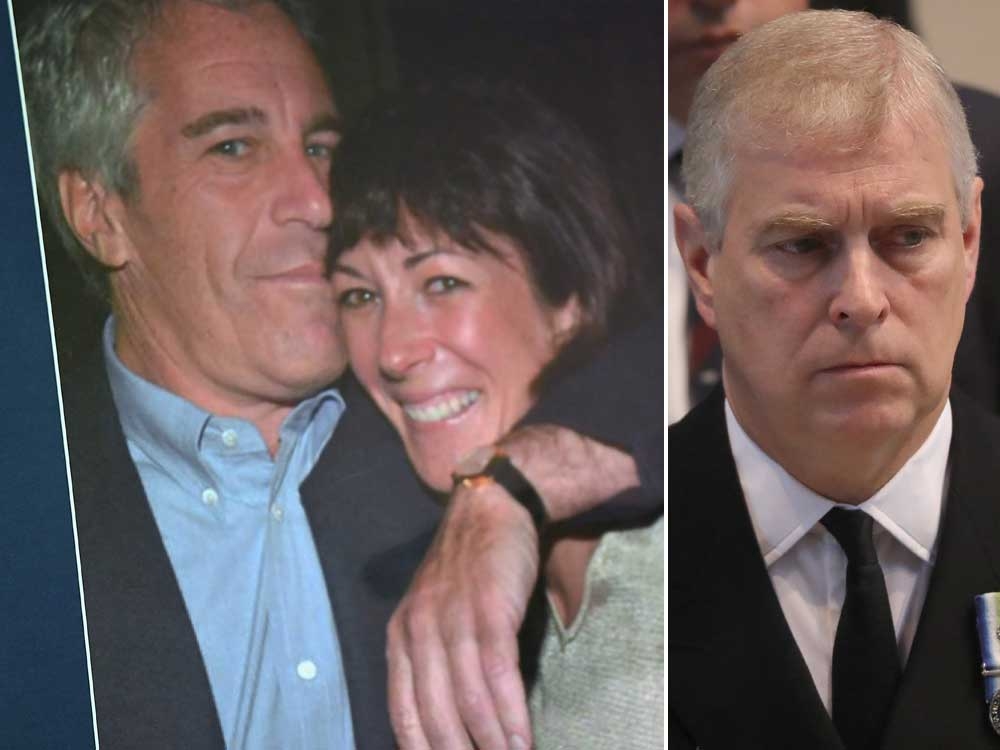 No one has ever suggested that Prince Andrew would be an ideal addition to the brainiac club known as Mensa.

Maxwell is accused of allegedly engaging in the sex trafficking of minors for Jeffrey Epstein. She pleaded not guilty to all the charges.

Interesting the swamp dwellers hold key positions in the prosecution, is it going to be a white wash?

It Turns Out Fired FBI Director Jim Comey’s Daughter Is Not Only on the Team, She is One of Three Lead Prosecutors Against Jeffrey Epstein Confidante, Ghislaine Maxwell​

The TDS is strong in this one.. 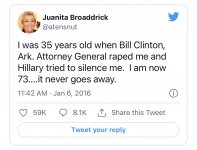 But not a peep about.

YET.
Reactions: Ron in Regina and harrylee

Anything in there about not IDing the guests?
Reactions: Twin_Moose

'The coconut never falls far from the tree'-old Fijian proverb 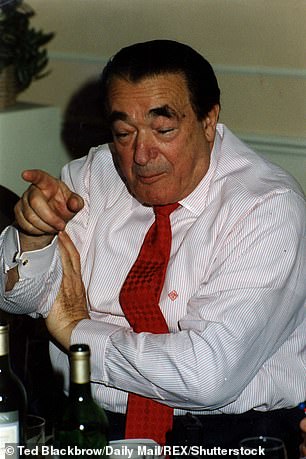 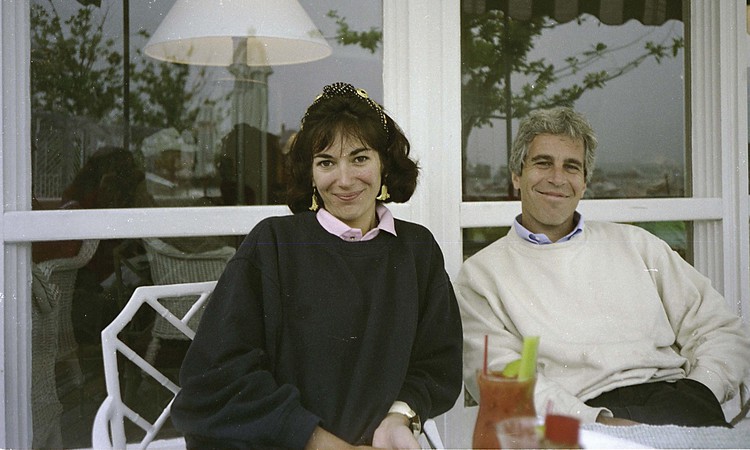 Now that the British former socialite Ghislaine Maxwell has been convicted in her sex-trafficking trial, speculation is growing that she may try to cut a deal and become a government witness in any broader investigation into the elite social circle of her ex-boyfriend Jeffrey Epstein.

Maxwell would be aiming for a reduced sentence by naming powerful names when it comes to others who may be involved in Epstein’s crimes.

The act of being murked by one of any member of a formerly powerful political family from Arkansas.

But defense lawyers and sexual-crimes prosecutors have cast doubt on the government’s appetite to strike a bargain. They question whether Maxwell has any vital information the government does not already have, and whether it represents a strategy Maxwell has previously attempted that has failed.
Reactions: Twin_Moose

Wanna bet when she gets Clintonized?
Reactions: Twin_Moose

Popcorn sales are going to go way up.
Reactions: Twin_Moose

taxslave said:
Popcorn sales are going to go way up.
Click to expand...