Good luck on the left getting everyone to give up their guns after emasculating the police.
Reactions: Danbones, Mowich, petros and 1 other person

Twin_Moose said:
The officer thought she was holding a taser not her handgun
Click to expand...

The silly bugger should watch this:​ 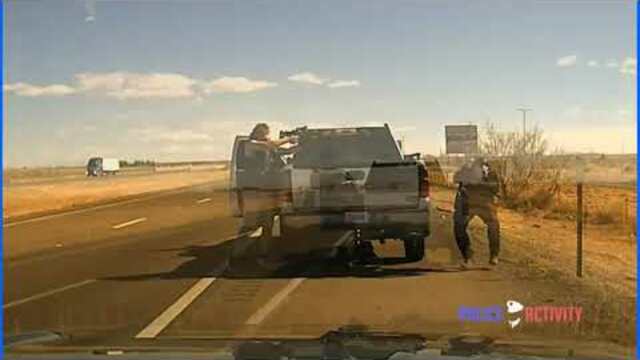 55Mercury said:
Good luck on the left getting everyone to give up their guns after emasculating the police.
Click to expand...

How is everybody going to wipe each other out if they aren't all armed to the teeth?

I think any enemy of the US who can read will look at the worst drubbing the US probably ever took and they would see it was the civil war.
Last edited: Apr 14, 2021
Reactions: Twin_Moose

To me, this latest case is a much stronger case than the Floyd case. If an officer is going to use a weapon, they should at least know what they are using. I understand the officer was a veteran, not a rookie. No excuse for this.
That said, the black kid did himself no favors by resisting.
Reactions: 55Mercury, Mowich, Danbones and 1 other person

Does the Mayor actually believe this will neutralize the situation?​

The officer has been identified as Kim Potter, a 26-year veteran of the Brooklyn Center Police Department, in suburban Minneapolis.

A former Minnesota police officer was charged Wednesday in connection with the fatally shooting of Daunte Wright in a weekend traffic stop, according to news reports.

The officer has been identified as Kim Potter, a 26-year veteran of the Brooklyn Center Police Department, in suburban Minneapolis. Potter resigned Tuesday from the force.

The 20-year-old Wright was fatally shot Sunday during the stop.,,,,,More
Reactions: Danbones

"We're just, quite frankly, not going to tolerate it," Minnesota State Patrol Colonel Matt Langer said of the riots.

Will Kamala's get out of jail bond support cover them?
Reactions: Mowich, B00Mer and Danbones

As riots continue to swallow up the city of Brooklyn Center, Minnesota, more details are coming to light about Daunte Wright, the man who was shot and killed by a police officer last Sunday.

A new report reveals that there was a second open warrant for Wright’s arrest, this one related to an aggravated armed robbery attempt.

The second warrant adds to the other outstanding for failing to appear in court on charges that he fled from officers and possession of a gun without a permit.

Wright and a high school acquaintance, Emajay Maurice Driver, were both charged with first-degree aggravated robbery in a December 2019 incident.

According to documents, Wright and Driver went to a party about 5 miles from Brooklyn Center. The men spent the night at the apartment because they reportedly had no ride home.

The next morning, when one of the two women paid the other her share of rent – $820 in cash – the two men tried to rob her.

Wright was eventually arrested over the incident and released on $100,000 bail, which was revoked in July because he violated the condition of possessing a firearm and failed to keep in touch with his probation officer, according to BizPacReview.

“Wright then allegedly pulled a black handgun ‘with silver trim out from either his right waistband or his right coat pocket,’ pointed it at the woman and demanded the [money], the court documents say. Wright then allegedly choked the woman while trying to pull the cash out from under her bra, where she had it tucked away. He allegedly tried to choke her a second time and tried to take the money…Driver allegedly told her to give Wright the money. The two men then left the apartment, got into a white Cadillac, and left the scene without the money.”
Click to expand... 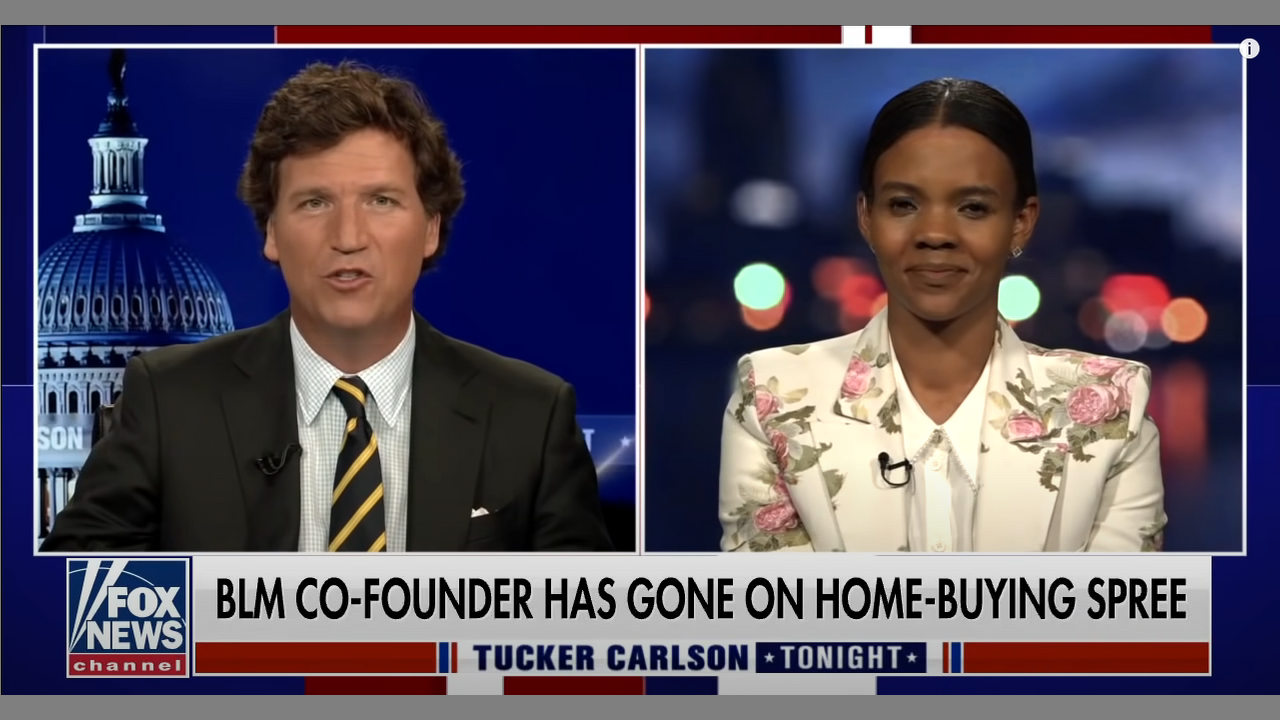 Kim Potter, wearing a plaid shirt, confirmed her presence during a brief online hearing and waved to the judge from a table in her lawyer’s office. Potter, 48, was not asked any questions about the shooting or her intended plea.


Hennepin County Judge Paul Scoggin set the next court date for May 17 and ordered Potter, who is out on a $100,000 bond, not to use firearms or explosives for the duration of her case.

In charging Potter with second-degree manslaughter, prosecutors will try to show she was “culpably negligent” and took an “unreasonable risk” in shooting Daunte Wright in the Minneapolis suburb of Brooklyn Center on Sunday.

This advertisement has not loaded yet, but your article continues below.
Article content
Potter’s lawyer, Earl Gray, did not respond to a request for comment before the hearing.

Prior to the hearing, the Wright family and their lawyers gathered at the church in Minneapolis where his funeral will be held next Thursday to remember the father of a 2-year-old son and press for an aggressive prosecution of Potter.


Police video of the shooting shows Potter threatening to stun Wright with her Taser before firing her handgun. Former Police Chief Tim Gannon, who also resigned on Tuesday, said she mistakenly used her service weapon instead of her Taser.

In the video, Potter can be heard shouting: “Taser, Taser, Taser!” as she draws her weapon and opens fire on Wright in his car after he had just pulled away from a fellow officer.

She is then is heard saying: “Holy shit, I just shot him.”

Benjamin Crump, lawyer for the Wright family, said the shooting reflected a broader problem of law enforcement in the United States using excessive force and having a propensity to “overpolice marginalized minorities, especially Black men.”

But Crump said the move to charge Potter also represented some progress following the lack of prosecutions of officers involved in the deaths of Black men such as Eric Garner and Michael Brown in recent years.

“All this family is striving for is to get full accountability, get equal justice. Nothing more and nothing less,” Crump told the briefing at the New Salem Missionary Baptist Church.

The shooting escalated tensions in a region already on edge over the ongoing murder trial of white former Minneapolis police officer Derek Chauvin, in the May 2020 death of George Floyd, a 46-year-old Black man.

Hundreds of protesters massed outside Brooklyn Center police headquarters for a fourth night on Wednesday. About two dozen people were arrested on charges including curfew violations. The protests were smaller and more peaceful than on Tuesday night, when 72 people were arrested, police said. 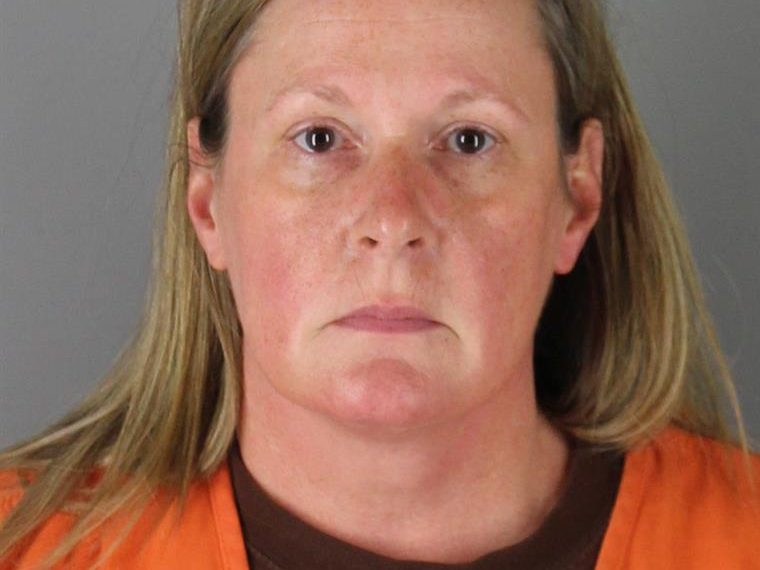 Remember this from the last riot..

Glad my package is getting delivered on time

The Minnesota State Patrol also agreed to stop photographing journalists and their credentials and will no longer order reporters where they can position themselves to cover the demonstrations.


The statement came after state police and officers from eight other law-enforcement agencies in the joint force known as Operation Safety Net were criticized by media organizations for how they treated journalists at the protests in the Minneapolis suburb of Brooklyn Center.

The American Civil Liberties Union of Minnesota said the behavior of some officers “went beyond unlawful detention to include outright retaliatory assault” against journalists, whose work to inform the public is protected against government interference by the U.S. Constitution.

“I convened a meeting today with media and law enforcement to determine a better path forward to protect the journalists covering civil unrest,” Walz said on Twitter.

Police impeded the work of journalists even after a U.S. District Court judge on Friday issued a temporary restraining order that forbade them from arresting, threatening to arrest, or using physical force against journalists.

“Following feedback from media, and in light of a recent temporary restraining order (TRO) filed in federal court, MSP will not photograph journalists or their credentials,” the Minnesota State Patrol statement said.

It also said journalists would be exempt from general dispersal orders issued to demonstrators, and that state police were banned from using chemical spray against the press.


Reuters was among the media organizations that condemned the police actions.

“All journalists must be allowed to report the news in the public interest without fear of harassment or harm, wherever they are,” the international news agency said in a statement.

The protests erupted after Wright was killed during a traffic stop on Sunday in Brooklyn Center. Former officer Kimberly Potter, who turned in her badge on Tuesday, has been charged with manslaughter.

Tensions in the area are running high as the trial of former Minneapolis policeman Derek Chauvin nears an end, with closing arguments scheduled for Monday. Chauvin is charged with second-degree murder for his part in the deadly arrest last May of George Floyd. 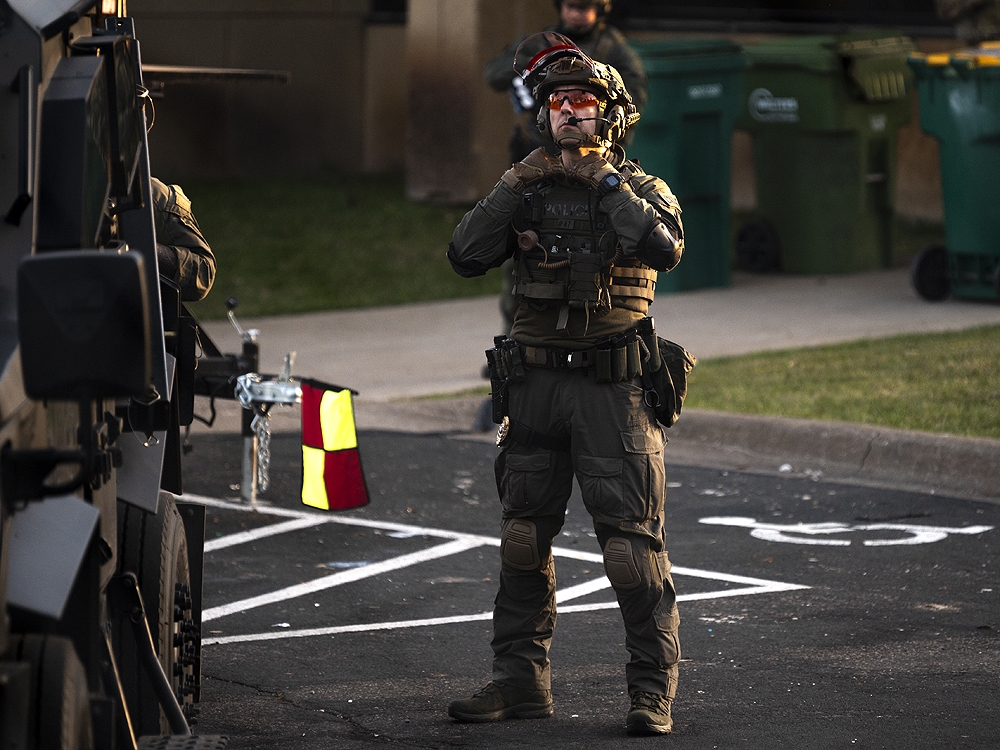 Minnesota police on Saturday promised not to detain, threaten or rough up journalists covering protests over the police shooting of Daunte Wright, after…

Come on , what is your opinion ?
You must log in or register to reply here.
Top Bottom