Results released Saturday by Elections NL gave the Liberals 22 of the province’s 40 seats, followed by the Progressive Conservatives with 13. The NDP dropped to just two seats and three Independents were elected.

Preliminary figures put voter turnout at 48 per cent, a historic low for the province. Labrador’s Torngat Mountains district, which includes the fly-in Indigenous communities along the region’s north coast, saw a turnout of just 22 per cent, compared with more than 50 per cent in the 2019 election.

This advertisement has not loaded yet, but your article continues below.
Article content
Coffin said the conclusion of the chaotic election, which encountered multiple delays and was shifted to mail-in ballots because of a COVID-19 outbreak last month, was “a dark day” in the province’s history.

“Our candidates have overcome astounding adversity. Our democratic sensibilities have been assailed,” she said soon after the results were announced. “Amid a pandemic and a Newfoundland and Labrador winter, we have the lowest voter turnout ever.”

In a speech to supporters at a small, socially distanced event in a St. John’s hotel, Furey said voters had given the Liberals “a clear majority mandate,” and he promised bold but unspecified change.

“Our dire economic outlook was further burdened by the pandemic, and it took a massive toll, but it has also exposed an even bigger opportunity, a chance to make a tectonic shift in who we are and where we’re going as a province,” he said.

When asked by reporters if he had concerns about the legitimacy of the election, Furey replied concisely, “No.”

Crosbie, who after his party’s narrow 2019 defeat initially refused to concede victory to the Liberals, offered a more measured response Saturday.


Rather than hold a press conference, he sent media a brief recorded message. “An election can produce only one government,” Crosbie said in the video. “The people’s right to choose is absolute. That is what democracy means, and I am democracy’s most vigorous advocate. Today, I state unequivocally that I respect the will of the people.”

This advertisement has not loaded yet, but your article continues below.
Article content
In mid-January, with COVID-19 case counts low, Furey called the election for Feb. 13, but an outbreak just before the vote prompted officials to cancel in-person voting. The Liberals had a minority government heading into the election, with 19 seats at dissolution compared to 15 for the Progressive Conservatives, three New Democrats and three Independents.

With a $16.4-billion net debt, Newfoundland and Labrador has the highest net-debt-to-GDP ratio in the country, and its latest budget forecasts a $1.84-billion deficit. But the staggering financial challenges largely took a back seat to the drama of an election thrown off the rails by COVID-19.

Furey, a 45-year-old orthopedic surgeon, had steered his campaign away from the dire financial outlook. Instead, he released a series of low-stakes promises, beginning with a pledge to increase community garden grants from $500 to $750.

Crosbie, on the other hand, was unabashed about bringing up the province’s risk of bankruptcy. During a televised leaders debate on Feb. 3, Furey accused Crosbie of being defeatist by even using the term and said the Tory leader was “campaigning to be the last premier of Newfoundland and Labrador.” Crosbie shot back and said he was a straight shooter.

When asked Saturday for his take on Coffin and Crosbie both losing their seats, Furey said his team built an “optimistic, high-road agenda” for the province. “And I think that perhaps some of the results are reflected in the differences in our platforms.”

This advertisement has not loaded yet, but your article continues below.
Article content
After several extensions and controversies, the final deadline for Elections NL to receive ballots was Thursday at 4 p.m. Chief electoral officer Bruce Chaulk drew fire after admitting he personally delivered ballots to some candidates in his neighbourhood, and this week Elections NL said Chaulk let four people vote by phone, even though he’d previously said phone voting was illegal.

Concerns were raised throughout the campaign that slow, weather-dependent mail services coupled with ballots provided only in English would disenfranchise voters in Labrador. Saturday’s figures show a turnout of just 37 per cent across the region’s four ridings.

When asked what he’d say to those who were unable to cast a ballot, Furey pledged to review the province’s Elections Act. “Regardless if there was a pandemic or not, these ballots should have been translated into Indigenous languages,” he said.

Amanda Bittner, a political science professor at Memorial University in St. John’s, said the election was remarkable for uniting the Progressive Conservatives and NDP — they both agreed the vote was a mess. The prolonged campaign, which at 10 weeks is now one of the longest in modern Canadian history, could have been an opportunity to get more people engaged, she said in an interview before results were released, pointing to the 78-day federal election in 2015 that saw a jump in voter turnout.

Instead, she said, “we have depressed turnout, disenfranchised tons of voters, and privileged other voters. And all at the whim of the chief electoral officer, which is absolutely not the way democracy is supposed to be.” 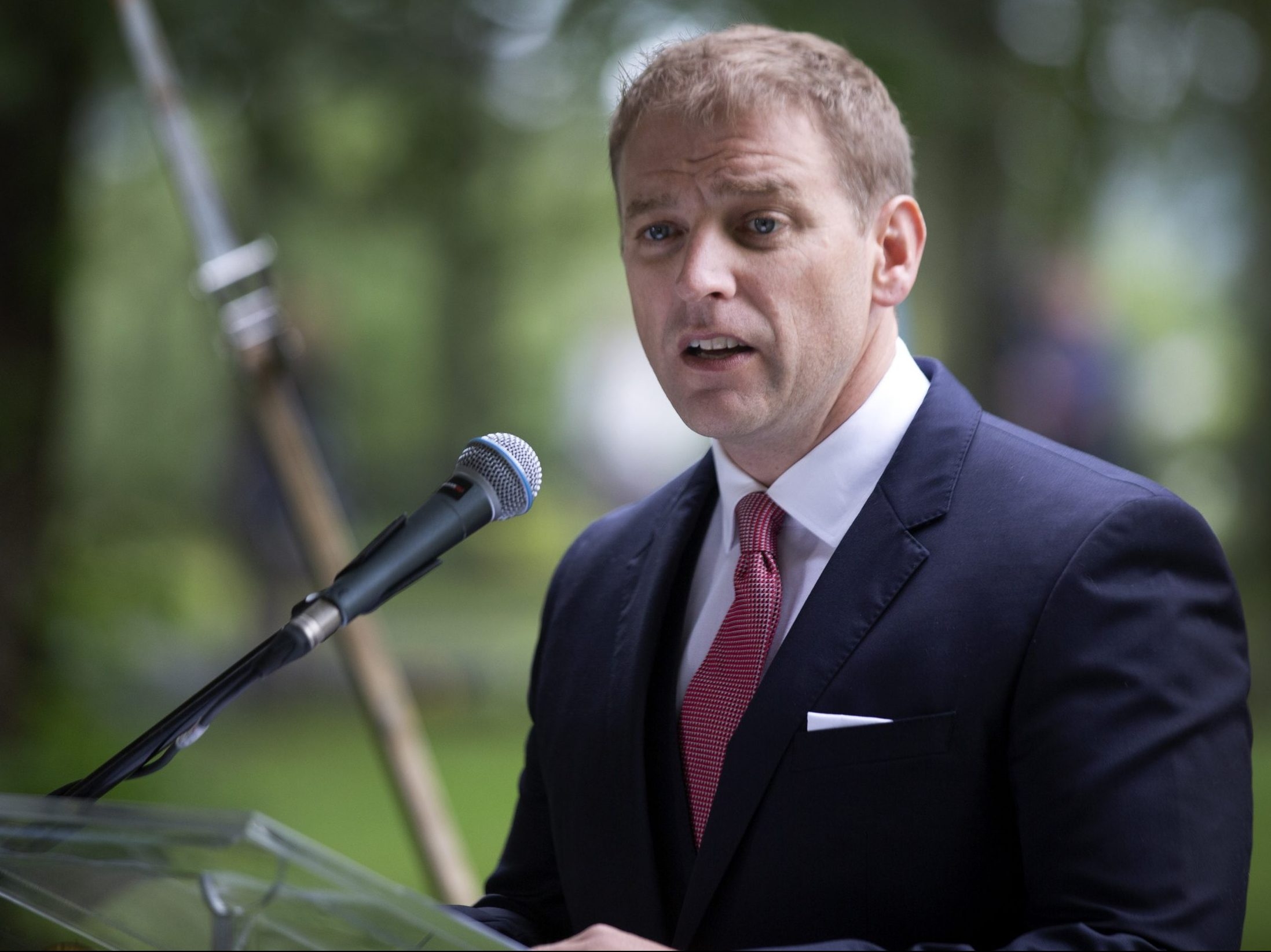 ST. JOHN’S, N.L. — The Newfoundland and Labrador Liberals under leader Andrew Furey have been re-elected with a slim majority after a campaign that was upended…