I disagree with Legault! It’s not the EMSB school board that’s radical, but the CAQ for trying to deny basic fundamental rights to English speakers living in Quebec via bill 96.

The entire country needs to let Quebec know that linguistic discrimination which violates the civil rights of English speaking Quebeckers is completely unacceptable.

The Supreme Court needs to address this issue ASAP.

Quebec Premier François Legault publicly suggested Tuesday that the English Montreal School Board had become a “radical” organization after it was reported the school commission wants the federal government to refer Quebec’s reform of provincial language laws to the Supreme Court.
Click to expand...

The English-language school board wants to challenge Bill 96, the Legault government’s overhaul of Quebec’s French language law that includes the recognition of French as the province’s official language and the constitutional recognition of Quebec as a “nation.” The board is calling upon the federal government to refer the legislation to the Supreme Court of Canada to test its legality.
Click to expand...

Legault describes the EMSB as disconnected and radical
Reactions: Dixie Cup and taxslave

Quebec has always managed to get what other provinces have been denied.
Reactions: no color and Dixie Cup

And now you know why some of the fuckers refused to go fight the Germans in WW2, The cocksuckers sympathized with the nazis.
Reactions: taxslave, no color and Dixie Cup

…..& a new twist…at least to those outside of Quebec’s internal strife & politics:

We need a Bloc Montréal to represent Montreal /Greater Montreal’s “distinct society” at the Quebec National Assembly in Quebec City. The pivotal moment of the 1995 referendum campaign was the revelation — one that had never before occurred to the separatists — that “if Canada is divisible, then Quebec is divisible.” That was a sobering and clarifying moment. And Montreal has a greater need for augmented representation in Quebec City than Quebec has in Ottawa. After all, Quebec profits handsomely from its affiliation with Canada, while the opposite is true of Montreal and Quebec City. 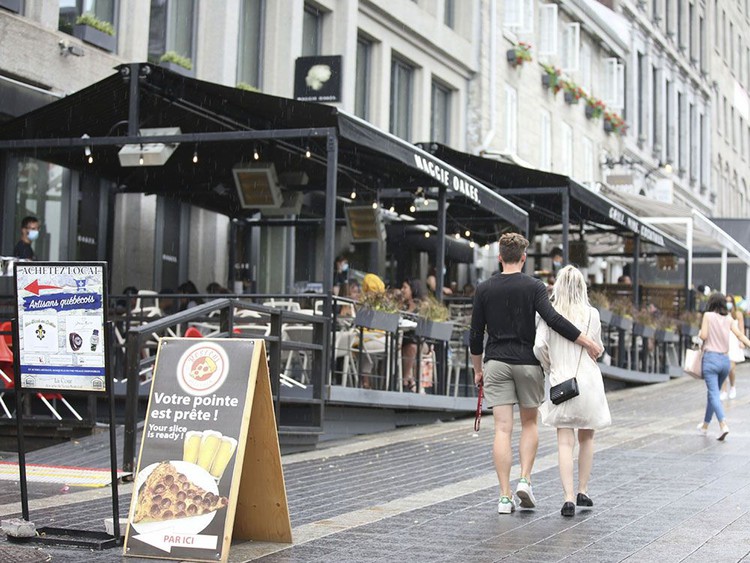 Barbara Kay: Montreal needs to make a run for it — before the doors to the rest of the world close — National Post

A Bloc Montréal couldn’t form a provincial government, but it could, following the BQ template, offer collaboration in whichever party’s platform best aligned with Montreal’s special-status interests. Its representatives would be politically savvy entrepreneurs — both francophone and anglophone — and cultural community leaders. Young bilingual francophones in Montreal are friendly to the world beyond Quebec’s borders; many would embrace such a party as their preference.

(So this “Plante’s” statement around the federal election that Trudo should have a more Montreal-centric cabinet {?} is making a bit more sense beyond the sense of entitlement)

Pushed on one side by Quebec nationalists and on the other by Canadian post-nationalists, the heavy barn doors separating Montreal from the world are closing. While there’s still time, Montreal should make a run for it.
Reactions: no color
You must log in or register to reply here.
Top Bottom