Jennifer Black could never reconcile the “sweet,” curly-haired blond teen then known as Karla Homolka to the chilling sex killer who would haunt a nation.
Advertisement
Story continues below
Article content

Black, 58, is talking for the first time in decades about her former friend and co-worker who went on to infamy.

She’s part of a new four-part series on Discovery+ about Homolka and her ex-husband Paul Bernardo called the Ken and Barbie Killers: The Lost Murder Tapes.

The documentary asks the question: Was Homolka a victim or was she the “puppet master” behind the horror that left three Ontario schoolgirls dead?

Black told The Toronto Sun she first met Homolka in the mid-1980s when the teenager came looking for a job at a pet store in St. Catharines’ Penn Centre.

“We hired Karla and another young girl, they were both a perfect fit for the store,” Black said. “Karla was bubbly and full of sunshine. A typical bouncy teenager.”
Advertisement
Story continues below
Article content

Homolka, Black recalls, was bonkers about animals and wanted to be a veterinarian. There was nothing indicating the demons lurking beneath the blond hair and toothy smile, just a “normal girl.”

And then she met Paul Bernardo while staying at a hotel for a pet convention in Toronto. The “normal” teen proceeded to have “wild sex” with Bernardo while a co-worker was in the same room.

Soon, Bernardo was deluging the impressionable teen with gifts, jewelry, a Platinum Mastercard. Black reasons that a lot of girls would be swept off their feet by the handsome Romeo
Advertisement
Story continues below
Article content

Black notes that hindsight is always 20/20. After about four years Homolka left the pet store and became a veterinarian assistant at a clinic where Black was a regular.

“She had ditched her curls and now her hair was straight, there was something different about her,” Black said. “And she always wore long sleeves and pants and became very thin, almost anorexic.”

Black added: “Karla was no longer that bubbly girl, that ray of light.”

Hovering in the background in Southern Ontario was the terror that a serial killer was on the loose. Leslie Mahaffy and Kristen French had been found murdered in the most barbaric manner.

“St. Catharines changed, there was a climate of fear, people were locking their doors and keeping their daughters home,” Black said.
Advertisement
Story continues below
Article content

Like a lot of people, Black found it unfathomable she could know anyone connected with the horrific murders. But she knew something was up when detectives came to her door asking about the whereabouts of a “Jane Doe” that Black knew.

“I told them, ‘Yeah, Karla would probably know where she is,'” Black recalled.

The next day it was announced there were arrests in the French-Mahaffy case. Something to do with an address at 57 Bayview Dr.

“I knew that address. And I thought to myself, ‘Paul, okay,’ but I never thought Karla would have anything to do with this, and I knew she had been beaten by him,” Black said, adding she “will never justify anything Karla did.”

“Karla should be rotting in jail, the same as him,” the former friend said. “But none of it made sense, this was not the girl I knew.”

After nearly three decades, Black can never forgive Homolka and remains traumatized by the murders.

“How many opportunities did she have to get out, to save those girls, to go to the police … she chose not to until it was her neck on the line,” Black said.

“This will never leave me. My heart still aches for all the people involved.”

Viewers can binge the entire four-part series on Discovery+. 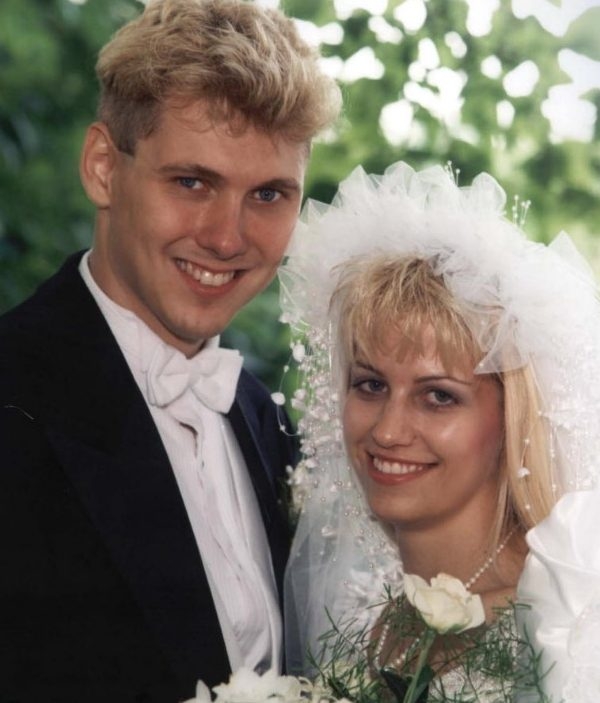 Jennifer Black could never reconcile the "sweet" teen then known as Karla Homolka to the chilling sex killer who would haunt a nation.