Hmmmm after an exceptionally cold record breaking winter with far far above average snowfalls, how are they doing today?
Reactions: taxslave

petros said:
Hmmmm after an exceptionally cold record breaking winter with far far above average snowfalls, how are they doing today?
Click to expand...

They are much whiter today if the view from my porch is accurate . I always wonder why they never show dates only year which pictures are taken , big difference between May 1st and September 15th .
Reactions: Dixie Cup, taxslave and petros

pgs said:
They are much whiter today if the view from my porch is accurate . I always wonder why they never show dates only year which pictures are taken , big difference between May 1st and September 15th .
Click to expand...

Where would the horror come from?

pgs said:
They are much whiter today if the view from my porch is accurate . I always wonder why they never show dates only year which pictures are taken , big difference between May 1st and September 15th .
Click to expand...

Have to make the pictures match the story line somehow.
Reactions: petros
B

"Human caused", really? Of course, most likely the result of excess flatulence contributed by politicians, ignorant journalists, and incompetent scientists.
Oh, and happy bovines everywhere.
And then there is some actual science.

Well hurry up and get your Electric Car using Blood Batteries..

Tecumsehsbones said:
Sigh. You people have no sense of drama (except when you're whimpering about how hard-done-by y'all are).

It's not Mounties in red serge, it's

Sounds like it would cause an itch after swimming in it. “Oh don’t go in there! The Red Surge! You are going to need some calamine cream after that….”
Reactions: Mowich and Dixie Cup

MUMBAI — Parts of India recorded their highest average temperatures on record in April, and the scorching weather is expected to stretch into May, authorities said on Saturday.

Northwest and central India recorded average maximum temperatures of 35.9 and 37.78 Celsius (96.6 and 100 Fahrenheit) respectively in April, the Director General of the Indian Meteorological Department told reporters.

Those were the highest since it began keeping records 122 years ago, Mrutyunjay Mohapatra added.

More than a billion people are at risk of heat-related impacts in the region, scientists have warned, linking the early onset of an intense summer to climate change.

For the first time in decades, Pakistan went from winter to summer without the spring season, Pakistan’s Federal Minister for Climate Change, Sherry Rehman, said on Saturday. 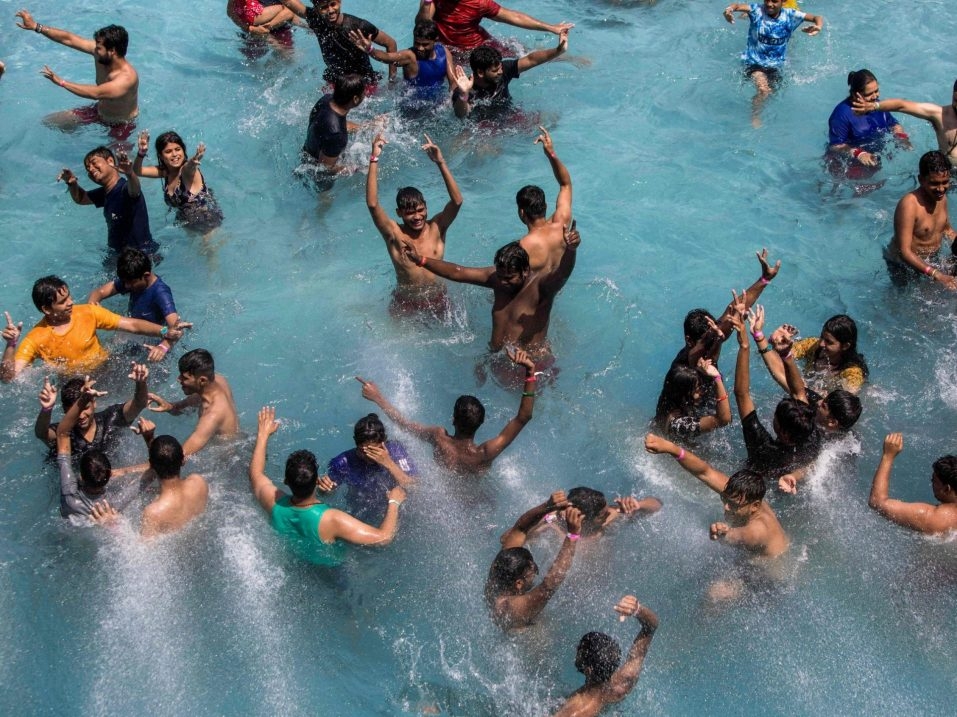 Parts of India recorded their highest average temperatures on record in April, and the scorching weather is expected to stretch into May.

Sounds like BC last year. Mother nature is getting even with us this year. Cold and wet for months.
Reactions: Twin_Moose

And there it is why there will be a fertilizer shortage, what a crock. There are huge regulations on spreading manure due to sulfate and urea ammonia levels

taxslave said:
Sounds like BC last year. Mother nature is getting even with us this year. Cold and wet for months.
Click to expand...

But the enviros are gearing up for the hottest year ever .
Reactions: taxslave

Heat wave that hit B.C. last summer among most extreme since 1960s, study shows
A national temperature record of 49.6 Celsius was set in Lytton the day before a fast-moving wildfire destroyed much of the community.

The record-breaking heat wave that scorched western North America last June was among the most extreme ever recorded globally, new modelling and analysis by researchers at universities in the United Kingdom show.


The study published Wednesday in the journal Science Advances found just five other heat waves since the 1960s were more extreme, based on how far they surpassed average summertime heat over the previous 10 years.

The paper shows that extremes are getting hotter as temperatures rise with climate change, said Vikki Thompson, senior research associate at the School of Geographical Sciences and Cabot Institute for the Environment at the University of Bristol.

The study projects that by around 2080, heat waves like the one last summer could have a one-in-six chance of happening every year in western North America as the effects of human-caused climate change worsen.

The projections are different depending on whether global climate change is contained, Thompson said.


“We do also include the lower emissions scenarios in our extra data so people can see, if policies do change, where we could be instead,” she said.

“And that’s a much better picture, it would still be a one-in-1,000-year event by the end of the century, if emissions were reduced.”

The study cites the example of Lytton, in B.C.’s southern Interior, where a national temperature record of 49.6 Celsius was set on the day before a fast-moving wildfire destroyed the community.

B.C.’s coroner attributed nearly 600 deaths to the heat from mid-June to August, with 526 deaths in just one week between June 25 and July 1.

The U.K. researchers looked at daily maximum temperatures between 1950 and 2021 during two weeks of extreme heat, from June 24 to July 6, over an area spanning Vancouver, Lytton and south into the U.S. Pacific Northwest.


That area was chosen because it was the hottest within the larger area of western North America that felt the heat wave, Thompson said.

The study found the greatest average daily high temperature over those seven decades was 39.5 C on June 29, 2021. In the 10 years before that, the average high for the three hottest months of each year was 23.4 C, it says.

The extremes in daily temperatures in that region last summer were “so far beyond that range, that was quite exceptional,” Thompson said.

To understand the heat wave in a global context, the researchers examined 230 regions around the world, including B.C. and Alberta. They compared the hottest temperatures recorded on a single day all year with the average over the hottest three months annually over the previous decade, Thompson said.

The temperature recorded in Alberta on June 30, 2021, is listed as the sixth most extreme heat since the 1960s, with a maximum temperature of 36 C.

The daily high of nearly 50 C in B.C. was much hotter,but it wasn’t as far outside normal because the province had a higher baseline temperature than Alberta, Thompson said. The baseline in Alberta was 22 C, she added.

A combination of high atmospheric pressure and drought conditions in much of western North America helped drive the heat wave, the study says.

“We can look into the future and see how much more likely it is in 100 years’ time, and the model that we use suggests that it will happen one-in-six years, in 100 years’ time, so every decade we’ll be expecting a heat wave that extreme,” Thompson said, referring to temperatures in western North America.


The researchers used a worst-case scenario for climate change, she noted.

“Thinking about the possible impacts, we want to know how bad it could be.”

People who have experienced extreme heat before are likely to be better prepared to protect themselves if it happens again, Thompson added.

More news, fewer ads: Our in-depth journalism is possible thanks to the support of our subscribers. For just $3.50 per week, you can get unlimited, ad-lite access to The Vancouver Sun, The Province, National Post and 13 other Canadian news sites. Support us by subscribing today: The Vancouver Sun | The Province. 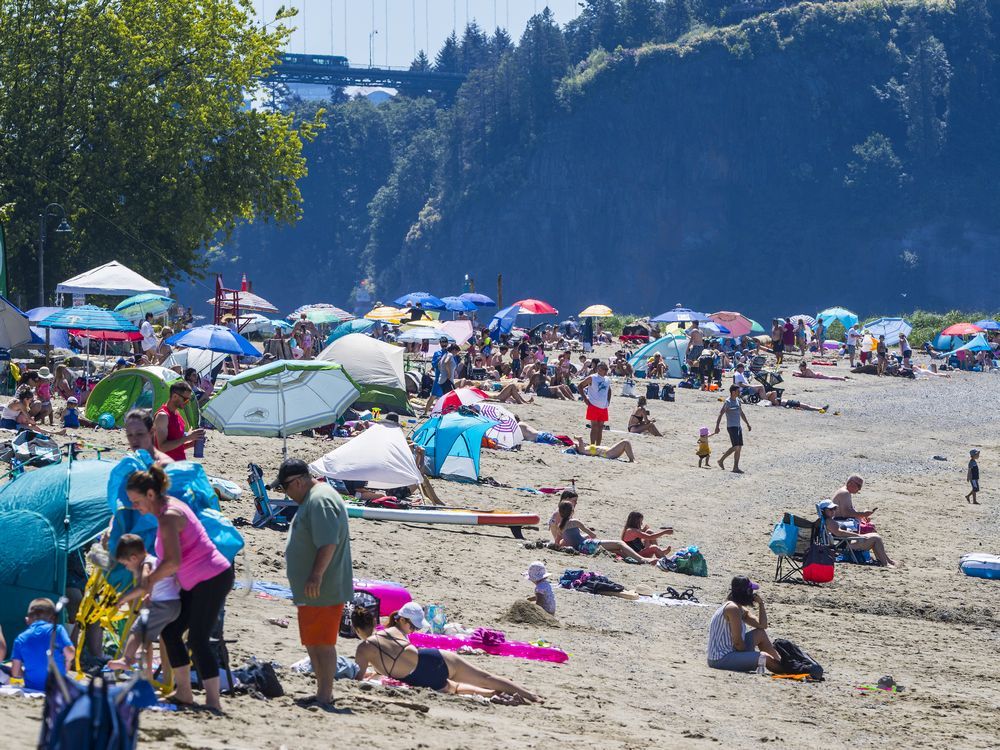 The study cites the example of Lytton, B.C., where a national temperature record of 49.6 Celsius was set on the day before a fast-moving wildfire destroyed…

So there was a more extreme heatwave in or before the 60s? That is how I interpret that headline.
Reactions: Mowich and Ron in Regina

IdRatherBeSkiing said:
So there was a more extreme heatwave in or before the 60s? That is how I interpret that headline.
Click to expand...

We are in the midst of a cold wet spring , the freshet is just starting yet wild fires are sprouting up throughout B.C. , go figure .

IdRatherBeSkiing said:
So there was a more extreme heatwave in or before the 60s? That is how I interpret that headline.
Click to expand...

Of course there was . 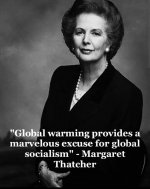 pgs said:
We are in the midst of a cold wet spring , the freshet is just starting yet wild fires are sprouting up throughout B.C. , go figure .
Click to expand...

Canada is hot and getting hotter.


Lethal heat will be a reality within 30 years.

Irreversible Extreme Heat: Protecting Canadians and Communities from a Lethal Future, from geoscientist Joanna Eyquem and Blair Feltmate, is a new study from the Intact Centre on Climate Adaptation (a research facility at the University of Waterloo) that projects a roasty future in Canadian cities as temperatures continue to rise.

Cities are the focus because urban areas are the hotspots of global warming, as they’re hotter than surrounding countryside, with heat trapped and reflected by roads, paved areas and other surfaces.

This is the urban-heat-island effect.

The extreme heat coming our way carries with it concurrent threats of flooding, wildfires and other natural disasters already happening in Canada.


Canada is warming (on average) at twice the global rate, researchers state.

As always, some Canadians will be more vulnerable than others: the elderly, the economically disadvantaged, those who labour outdoors and people who already have health issues.

The researchers are quite specific about areas at risk: “Low-lying areas from the West Coast to the Rocky Mountains (British Columbia), the Prairies bordering the United States (southern Alberta, Saskatchewan, and Manitoba) and north of Lake Erie through the St. Lawrence River Valley (southern Ontario and Quebec).”

The study states that widespread death will result if an extreme heat event and a lengthy power outage happen at the same time; being prepared for this type of weather emergency has become crucial.


Everyone has to take steps now to reduce personal and community risk from extreme heat.

The study provides a detailed list of actions individuals, building owners and communities can take to protect one another.

From installation of heat-reducing windows and shading devices (such as shutters or awnings) to planting more trees and making an emergency plan with neighbours, there are plenty of things individuals can do.

On the community level, cooling centres, reduction of vehicle traffic and local support programs are among the suggested solutions.

Extreme heat is already causing premature deaths in Canada. During a heat wave last summer in British Columbia, 526 people died as a result of extreme heat in the last five days of June.


Much of Canada will experience extreme temperatures in the years 2051–2080. The report looks at three indicators: very hot days (over 30C), warmest maximum temperature and heat wave duration.

The further south you go in Ontario, the worse it gets, with Hamilton and the Niagara region sweltering in life-threatening temperatures, and Windsor set to be on the receiving end of almost 80 days a year of temperatures higher than 30C.

And by higher, scientists predict heat in the range of 38C in the second half of the century. In places such as Kelowna, B.C. and Regina, temperatures of 40C will not be out of the ordinary.


The current trajectory will see Toronto experience heat waves that stretch on for more than a week.

To avoid all of this getting worse, action is required now.

In Toronto, there are community action groups you can join.

The research study mentions CREW — Community Resilience to Extreme Weather — a group with strategies to protect neighbours and be prepared with an emergency plan.

Meanwhile, Irreversible Extreme Heat: Protecting Canadians and Communities from a Lethal Future should be required reading. 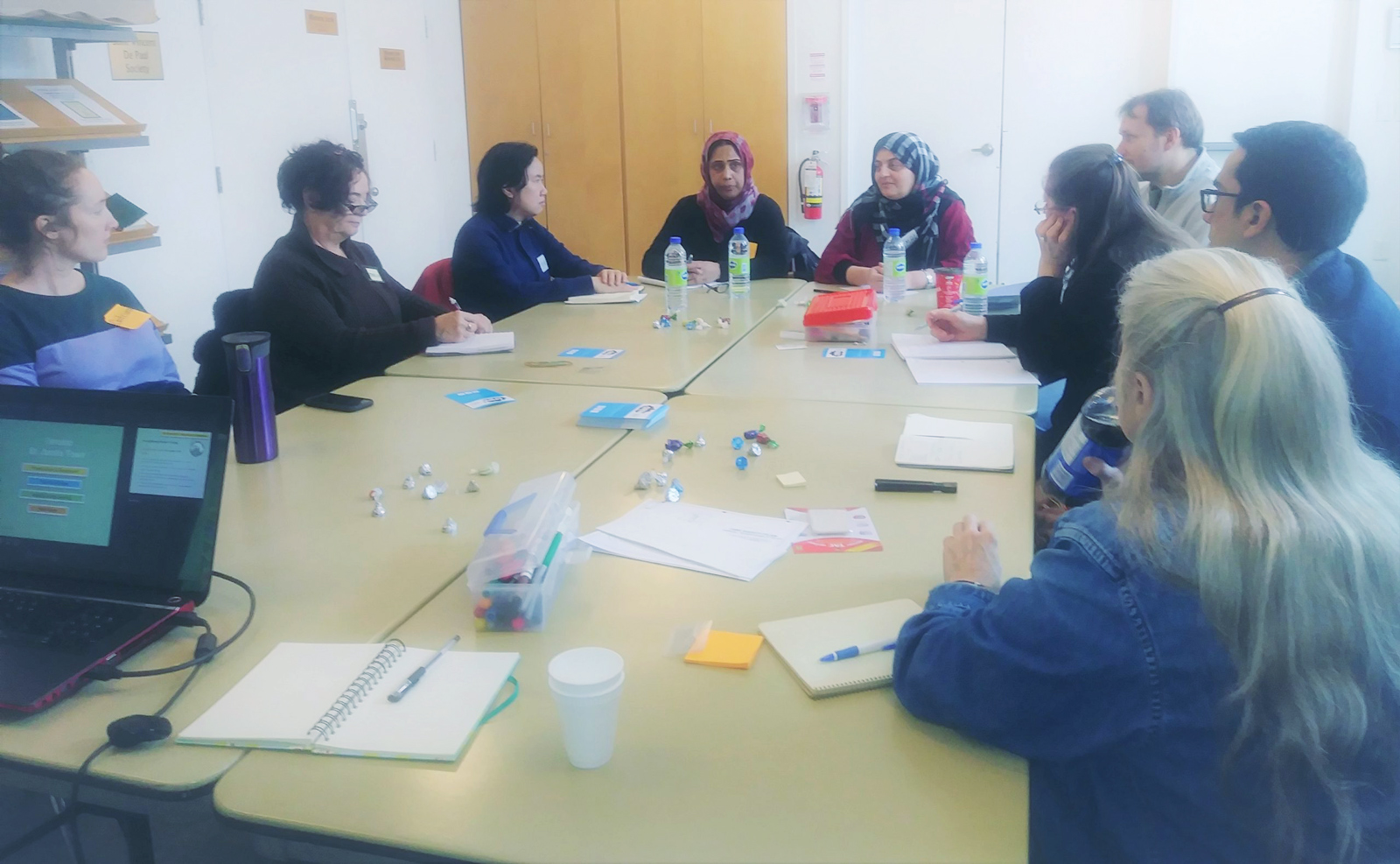 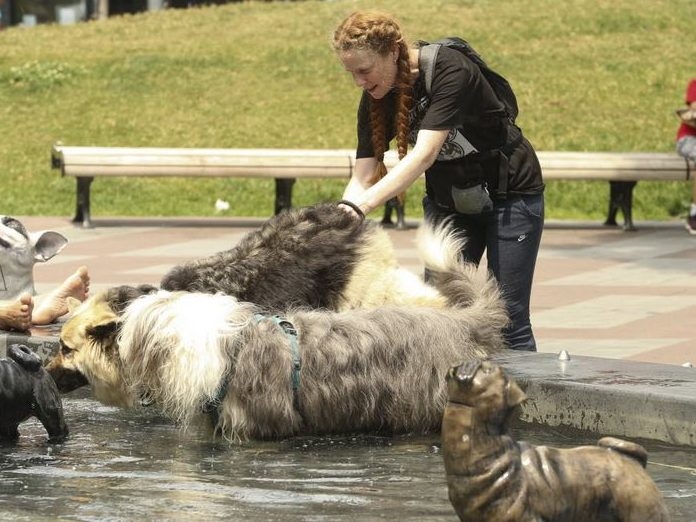 Canada is hot and getting hotter.