October 2, 2022
At least 125 people have died in a crush at an Indonesian football match that has become one of the world's worst stadium disasters.
Hundreds were also hurt in aftermath of home team Arema FC's loss to bitter rivals at the overcrowded stadium late on Saturday in Malang, East Java.

The crush took place after police tear-gassed fans who invaded the pitch.
As panic spread, thousands surged towards Kanjuruhan stadium's exits, where many suffocated.

Fifa, the world's governing football body, states that no "crowd control gas" should be carried or used by stewards or police at matches.
One eyewitness told the BBC that police had fired numerous tear gas rounds "continuously and fast" after the situation with fans became "tense".

Fifa President Gianni Infantino said it was "a dark day for all involved in football and a tragedy beyond comprehension".
'It had gotten anarchic' - Police
Indonesian officials at one stage put the death toll in the disaster as high at 174 people, but this was later revised downwards.

President Joko Widodo has ordered that all matches in Indonesia's top league must be stopped until an investigation has been carried out.

Videos from the stadium show fans running on to the pitch after the final whistle marked the home team's 2-3 defeat, and police firing tear gas in response.
"It had gotten anarchic. They started attacking officers, they damaged cars," said Nico Afinta, police chief in East Java, adding that two police officers were among the dead.

"We would like to convey that... not all of them were anarchic. Only about 3,000 who entered the pitch," he said.

Fleeing fans "went out to one point at the exit. Then there was a build-up, in the process of accumulation there was shortness of breath, lack of oxygen", the officer added.

Videos on social media show fans clambering over fences to escape. Separate videos appear to show lifeless bodies on the floor.
The Indonesian football association (PSSI) said it had launched an investigation, adding that the incident had "tarnished the face of Indonesian football".

Violence at football matches is not new in Indonesia, and Arema FC and Persebaya Surabaya are long-time rivals.

However Persebaya Surabaya fans were banned from buying tickets for the game because of fears of clashes.
Chief Security Minister Mahfud MD posted on Instagram that 42,000 tickets had been sold for the match at Kanjuruhan stadium, which has a stated capacity of 38,000.
President Widodo called for this to be the "last soccer tragedy in the nation" after ordering that all Liga 1 games should be paused pending an investigation.
T

Jesus, is this a common enough issue that they have to have a rule like the following?:

‘Fifa, the world's governing football body, states that no "crowd control gas" should be carried or used by stewards or police at matches.’

It’s like saying, “crowds and law-enforcement at swimming meets shall not bring long extension cords and toasters to be used on the competitors” like it’s a common repetition thing….wow…. 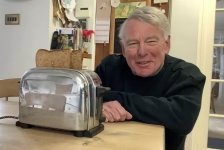 Aw, c'mon! Who would think that firing tear gas in a stadium would lead to a stampede to the exits?
Reactions: Taxslave2 and Ron in Regina
T

Who would have thought something so boring as a soccer game would cause a riot?

Wikipedia, the free encyclopedia, has the facts about history of human stampedes. They are probably are just as factually correct as the fact that Jesus existed.​

This is a list of notable human stampedes and crushes. Many such accidents are also in the list of accidents and disasters by death toll.
India has had the most documented notable human stampedes and crushes with 28 individual incidents. The deadliest human crush of all time, with an estimated 10,000 deaths, occurred during the First Jewish–Roman War in AD 66; the most documented deaths, with 5,000, occurred at the Ponte das Barcas in Portugal in 1809. The deadliest modern incidents both belong to Saudi Arabia during the annual Hajj pilgrimage, with the 1990 Mecca tunnel tragedy claiming 1,426 lives and the 2015 Mina stampede claiming 2,400.
You must log in or register to reply here.
Top Bottom