In a news release, the project’s chiefs council said the tanker moratorium and the establishment Great Bear Rainforest “were promoted largely through the lobbying of foreign-financed ENGOs and without the consultation and consent of First Nations as required by the Constitution.”

The chiefs, representing more than 30 First Nations in British Columbia and Alberta participating in the project, said they will always put protection of the environment first, but it must be balanced with social welfare, employment, and business opportunities.

“These government actions harm our communities, denying our leaders the opportunity to create the hope and the brighter future for their members that all Canadians take for granted,” the chiefs said.

The project said it is a sad comment that “this action is required to be taken by Canada’s poorest people against a federal justice department with unlimited resources with an indigenous minister,” referring to federal justice minister Jody Wilson-Raybould.

The GoFundMe campaign would help pay for legal and administrative costs to challenge the Oil Tanker Moratorium Act, which is making its way through Parliament.


Eagle Spirit chairman Calvin Helin, a lawyer and member of the Lax Kw’alaams tribe near Prince Rupert, said as much as $1 million will be needed to fund the lawsuit, which he said could go as far as Canada’s Supreme Court.

“First Nations are completely opposed to government policy being made by foreigners when it impacts their ability to help out their own people,” Helin said in an interview. “The energy industry is critical to Canada’s economy, and by some reports we are losing $50 million a day,” because of discounts on Canadian oil due primarily to lack of pipelines to export markets.

“From the indigenous point of view, they have constitutionally protected rights and they are sick and tired of being dependent on the government and want to be able to move their communities forward with non-transfer payment funding. This is one of the biggest projects in the history of their communities that would deliver more benefits in terms of employment, business opportunities and revenues, and cannot be duplicated from government programs they are seeking to escape.”

The ban is the major obstacle to the project. It was announced by Trudeau in November, 2016, at the same time as the Liberal government halted Enbridge Inc.’s Northern Gateway pipeline.

The ban was promoted by environmentalists who want to keep oil tankers away from the West Coast, particularly the Great Bear Rainforest, which is also disputed by First Nations including the Lax Kw’alaams.

The Eagle Spirit project would be twice the size of the Northern Gateway project, transporting as much as one million barrels a day, and has secured support from First Nations from Bruderheim, Alta., through Northern B.C., to Grassy Point, B.C.

Eagle Spirit is backed by the Aquilini Group of Vancouver. Major Canadian oil producers including Suncor Energy Inc., Cenovus Energy Inc. and Meg Energy Corp. want it to go ahead and investment broker AltaCorp Capital Inc. has been lined up to organize financing. The lawsuit deals with the broader issues of Indigenous rights and title over traditional territories.

Eagle Spirit first emerged about five years ago as an alternative to Northern Gateway, which was opposed by First Nations that felt environmental protection and benefits were insufficient. It’s modeled after the Alyeska pipeline between Alaska’s Prudhoe Bay and Valdez, built and operated with involvement from the state’s Indigenous people.

Will Mental floss and Waldo give a few bucks? yes? no? maybe?

How can he without being called a racist?

captain morgan said:
I wonder if there's a flowery meme that might address the conflict that he faces
Click to expand... 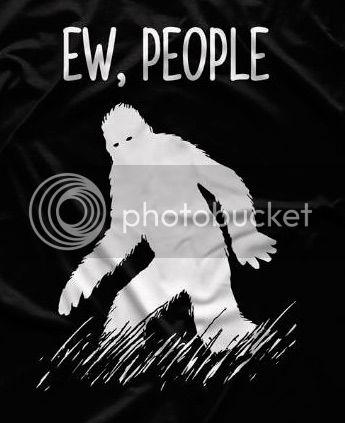 I guess they haven't abandoned all our colonial principles.

If a person really wants to help the environment, he can do one of two things:

1. Eat or at least buy vegan, learn to ride a bicycle, and maybe learn to cross-country ski or snowshoe.

2. Buy a plane ticket across the globe, rent a hummer, and drive himself to a protest when he can burn garbage to keep warm while harassing blue-collar workers just doing their jobs.

Hey maaaaaan I just showed up with nothing and they fed me and gave me a hootch maaaaan and we protested with real Indians maaaaan.

captain morgan said:
I wonder if there's a flowery meme that might address the conflict that he faces
Click to expand...

He's not conflicted. He just posts memes and lies, thinking that he's cool or something.

How many people have figured out that Cliffy is two faced?

Just for you, Cliffy.

EagleSmack said:
Hey maaaaaan I just showed up with nothing and they fed me and gave me a hootch maaaaan and we protested with real Indians maaaaan.
Click to expand...

and I'm driving and flying back home tomorrow maan.

PS - put on your hockey helmet
You must log in or register to reply here.
Top Bottom