How Canadians got their beloved breakfast cereal back-RRC!

How Canadians got their beloved breakfast cereal back The re-released Red River cereal, in red bags rather than red cardboard boxes.

Red River cereal, first concocted in Winnipeg in 1924, left a huge hole when it was discontinued

It’s been more than a year since Juanita Metzger cooked the perfect bowl of Red River hot cereal, a blend of cracked wheat, rye and flax that commands a cult-like following across Canada.

“It smells the same. It tastes the same. It feels the same,” said Metzger, who runs walking tours of Ontario’s Waterloo region. “But I’ll need to cook a few more bowls before I get it right.” 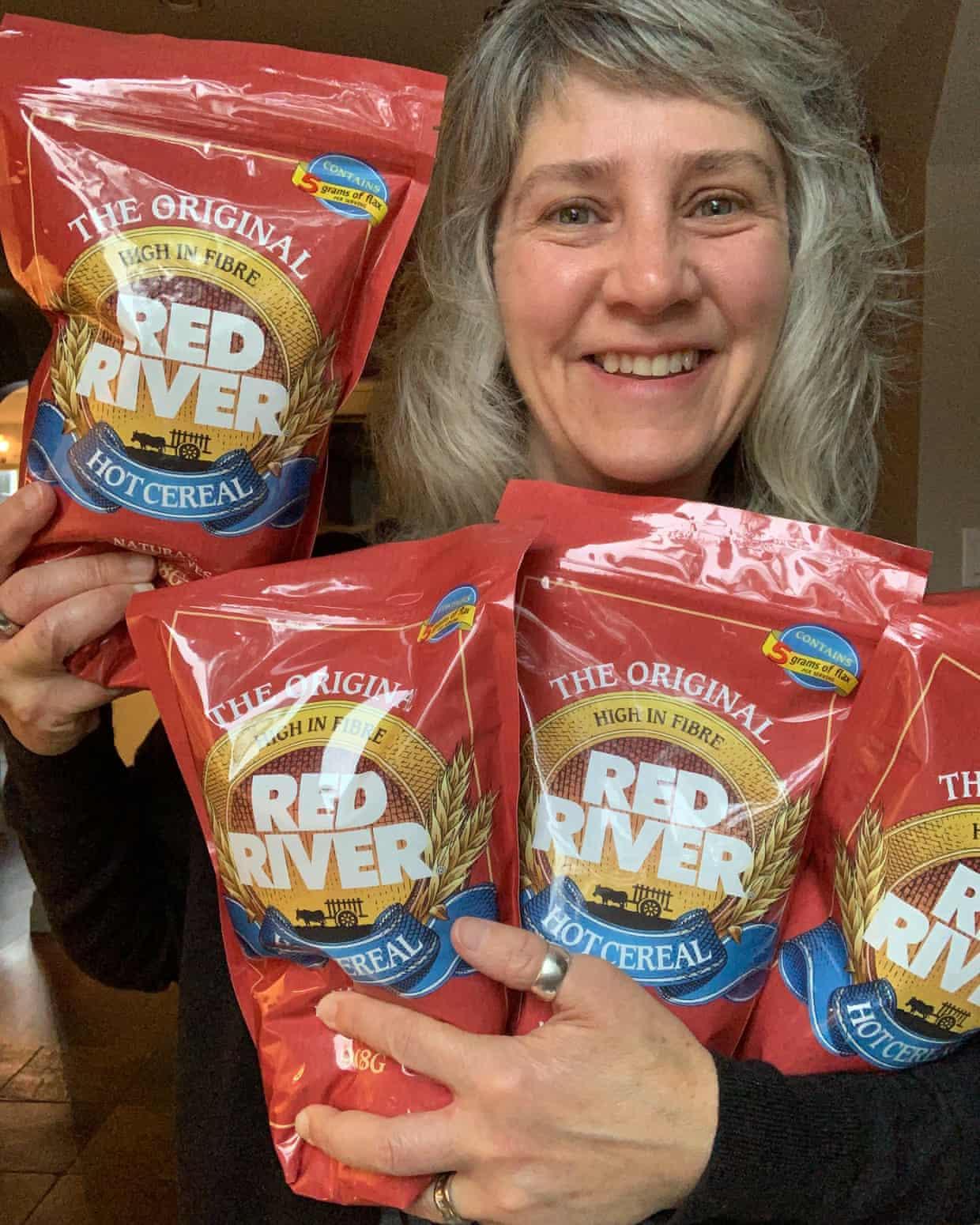 Metzger and Canadians across the country have been out of practice ever since the beloved cereal was abruptly discontinued by its makers, the JM Smucker Company, in 2021 because of poor sales.

The announcement was met with an outpouring of disbelief, frustration and grief that belied the simple – even bland – makeup of the cereal.

But it’s been a bad few years for beloved foodstuffs in Canada. Earlier this year, two well-loved cream cheese brands were also discontinued, casualties of a ruthless market and a further erosion of items that occupy a space in the intersection of nostalgia and routine for Canadians.

A local grocery store called the loss of Western Family cream cheese a “devastating blow”. Canada’s national newspaper published an elegy for another cheese brand soon after following the demise of Montreal’s prized Liberté spread– a particularly galling travesty in a city renowned for its bagels.

And so the unlikely return of Red River in recent months, after the rights were acquired by a small Ontario mill, marks a rare bright spot for lovers of the viscous – and divisive – hot cereal.

Concocted in Gertrude Skilling’s Winnipeg kitchen in 1924 after she experimented with a range of grain mixtures grown in the Red River valley, it soon appeared on grocery store shelves and quickly became a pantry staple, sold through the Red River Grain Co, which Skilling’s husband was president of.

“I think of Red River as sort of like the Vegemite of Canada; either you like it or you don’t, but it’s iconic,” said Julie Lalonde, an Ottawa-based writer, whose parents were staunchly divided over the cereal: one loved it, the other was repulsed by it.

“Just watching someone make it, you’re thinking something went wrong in the process. There’s no way it’s edible. But it’s addictive and you’ll never find a hardier breakfast.”

The simple red cardboard box has long occupied a ubiquitous place in the memories of Canadians. It fuelled backcountry excursions into the wilderness, hunting trips with friends and a much-needed dose of warmth on bitterly cold winter mornings.

“It never tried to be fancy. It was never trying to claim 500 health benefits or anything like that. It just seemed like it was trying to be birdseed, but for people,” said Lalonde. “In a way, it was ahead of its time.”

And so when it became difficult for her and others to find it on grocery store shelves, she sensed something was wrong.

“Customers kept coming in and asking for this cereal,” said Mark Rinker, who recently purchased Arva Flour Mill, the oldest water-powered flour mill in North America, and its small shop. “I didn’t know much about it, but I guess we used to carry Red River. And so I made a note to look into it.” 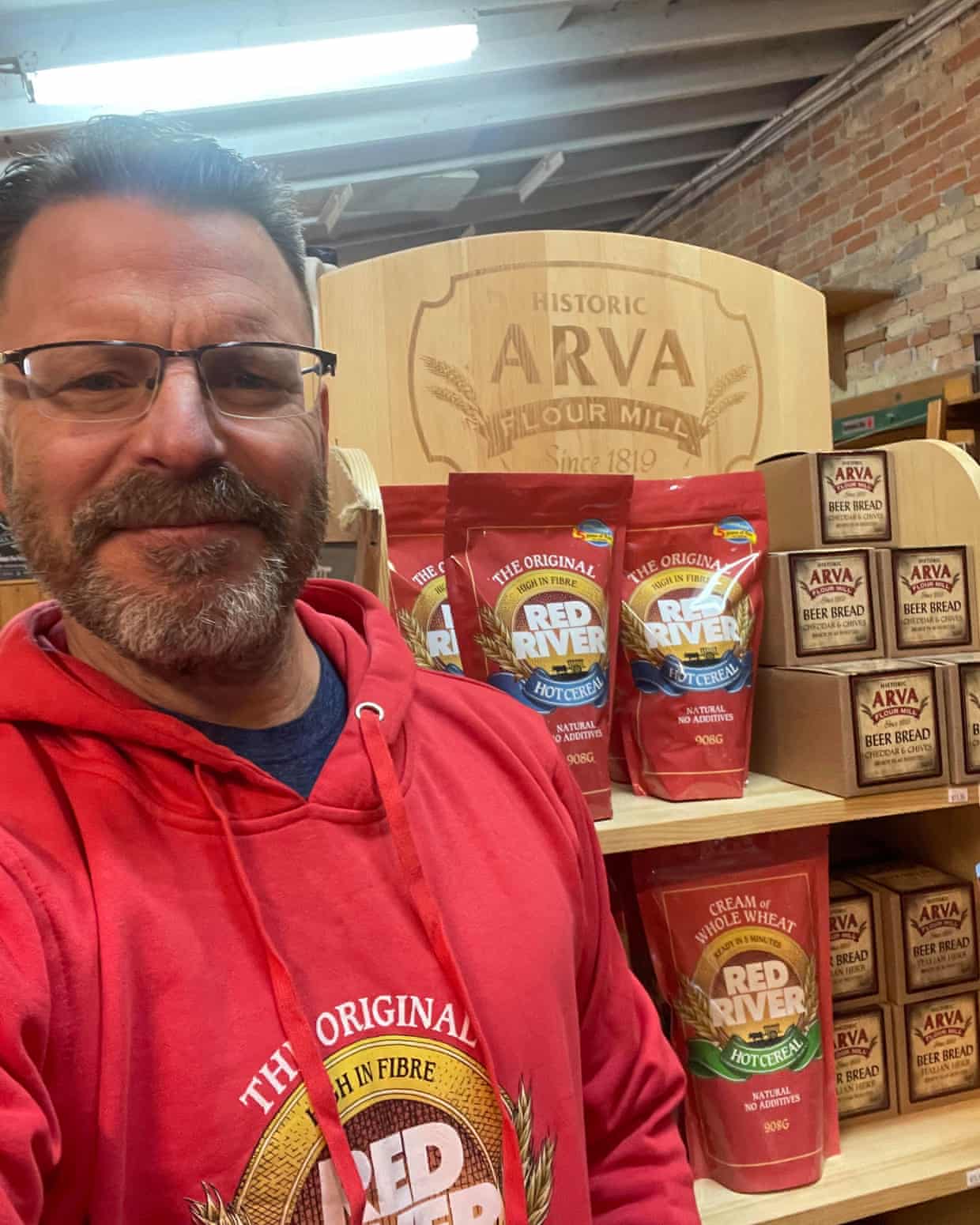 The requests kept coming and Rinker soon learned that, amid waning sales, the JM Smucker Company, the American conglomerate that acquired Red River in the 1990s, was shutting down production.

On social media, Canadians mourned the death of the cereal but also shared stories of how it had occupied a central spot in their morning routines. Others desperately searched for a replacement.

Seeing the demand in the community, Rinker approached the company to acquire the rights to the brand. And, in July, he announced Arva would begin producing Red River.

“I was totally blown away by the strong emotional attachment that people have with the brand. There was no way that we could have anticipated how people would react,” he said. “It was almost visceral.”

His inbox was flooded.

“I’d get paragraphs from people recounting how and where they would consume the cereal. It often feels like they would eat at the happiest point of their day, early in the morning with the cereal bringing warmth to their body,” he said.

“It doesn’t matter if the person is from the Maritimes, Quebec, Ontario, or western Canada or the US. They all have this really strong bond with it.”

For Lalonde, it reflected simplicity and familiarity – two feelings upended in recent years by the coronavirus pandemic.

“You’d eat it with your family. And so many people haven’t been able to see family as much. It harkens back to a time when you felt like you could just take a breath and enjoy your gooey birdseed cereal and not be constantly stressed out and have things taken away from you.”

In late November, when the Canadian Broadcasting Company (CBC) reported that Arva was preparing to ship the revamped product, Rinker said “demand went through the roof” – and the company is still struggling to keep pace with the orders. Customers, eager to get their hands on a bag, have been left waiting weeks.

One of those was Metzger, who had ordered five bags. She planned on keeping some for herself, and sharing the rest with family and friends.

At first she was disappointed to see Red River arrive in a plastic bag, not its usual cardboard box. But the familiar smell and texture of the grainy breakfast reassured her – as did the way in which it has returned to its roots.

Another Canadian cereal this one from Alberta https://sunnyboyfoods.com/

Yet another from BC https://www.omfoods.com/products/se...heirloom-hot-cereal-blend-treasure-life-farms

I want my Squirrel peanut butter back. The company that makes JIF bought the companies that made it and Squirrel brand and discontinued Squirrel. And JIF is fucking crap compared to Squirrel.

But man it's been years, no, decades since I've had Red River cereal. A nice big bowl of that before walking to school in -35 -40 temps sure helped a bunch. But then so did the winter gear I wore.

Sonny Boy didn't go away. It's the same shit in a different pile.
You must log in or register to reply here.
Top Bottom