I like this quote a great deal. It's something that I have to keep in mind...and wish that others would as well... I can get sucked into the idea of feeling like I am better than someone else. But...realistically...I am not. BUT...if I can learn along the way, and put those feelings behind me...I have become superior to my previous self...it's growth...it's good.

my previous self was a goat, I have made progress.

50 acres in Kootenays BC

I'm not nobility, just a retired firefighter. Although, I think there may have been Irish nobility in my family at one time.

DurkaDurka said:
my previous self was a goat, I have made progress.
Click to expand...

My...you HAVE advanced quite well....kudos!

I do feel superior to an "egg" and a "sperm"

Under a Lone Palm

talloola said:
I do feel superior to an "egg" and a "sperm"
Click to expand...


You've become more than the sum of your parts.

DurkaDurka said:
my previous self was a goat, I have made progress.
Click to expand...

talloola said:
I do feel superior to an "egg" and a "sperm"
Click to expand...

Amazon issues rare apology in India after complaints that series hurt Hindu beliefs
Author of the article:Reuters
Reuters
Publishing date:Mar 02, 2021 • 23 hours ago • 2 minute read • comment bubbleJoin the conversation
A scene from "Tandav."
A scene from "Tandav." PHOTO BY HANDOUT /Amazon Prime Video
Postmedia may earn an affiliate commission from purchases made through our links on this page.


In a statement titled “Amazon Prime Video Apologizes,” the company on Tuesday said it deeply regrets viewers considered certain scenes to be objectionable.

Amazon apologizes “unconditionally to anyone who felt hurt,” it said, adding that it will continue to develop content while respecting the diversity of audiences’ culture and beliefs.

The “Tandav” controversy escalated last week when police in the northern state of Uttar Pradesh questioned one of Amazon’s top executives for hours in one case filed against the show.

Asked about the company apology, a senior state police official, speaking on condition of anonymity, said authorities would continue investigating the matter.

Shows on streaming platforms such as Netflix Inc and Amazon Prime have often faced complaints in India for obscenity or offending beliefs, but the latest controversy involving the Amazon show “Tandav” is among the highest-profile cases.

An Indian media and entertainment industry executive said Amazon’s apology was unprecedented and showed that big U.S. conglomerates can capitulate to political or cultural demands. The executive spoke on condition of anonymity.


In January 2020, Amazon founder Jeff Bezos attended a Prime Video event in Mumbai with Bollywood stars and announced it would double down on its investments. He said Prime Video was doing well globally “but nowhere it’s doing better than India.”

India is a critical growth market for Amazon, where it has committed investments of $6.5 billion, with interests in e-commerce, video streaming, cloud computing and other areas.

Amazon is currently also facing calls for a ban after Reuters last month reported the U.S. firm had for years given preferential treatment to a small group of sellers on its India website and used them to circumvent the country’s strict foreign investment regulations. 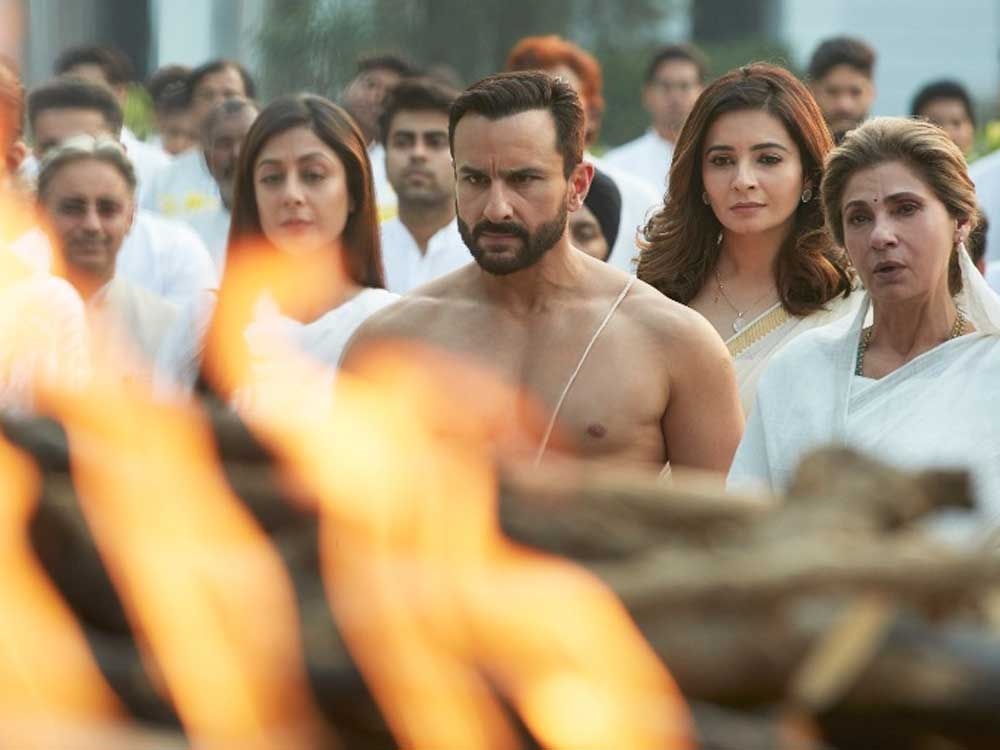 NEW DELHI — Amazon.com Inc’s Prime Video streaming service on Tuesday issued a rare apology to its Indian viewers for some scenes in its original political…