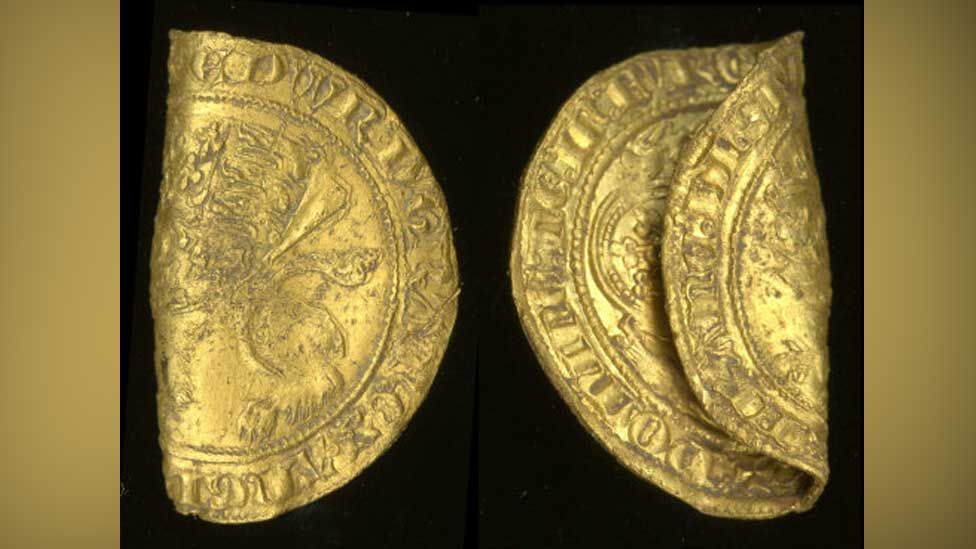 Only three leopards are in public collections and are "very rare", according to Norfolk's finds liaison officer

A "very rare" Edward III gold coin lost in the wake of the Black Death has been found by a metal detectorist.

The 23-carat leopard was discovered with another gold coin, called a noble, near Reepham, Norfolk.

Norfolk finds liaison officer Helen Geake said the leopard was withdrawn within months of being minted in 1344 and "hardly any have survived".

She said the coins were equivalent to £12,000 today and would have been owned by someone "at the top of society".

The leopard - which has never been found with another coin - was discovered with a "rare" 1351-52 Edward III noble. 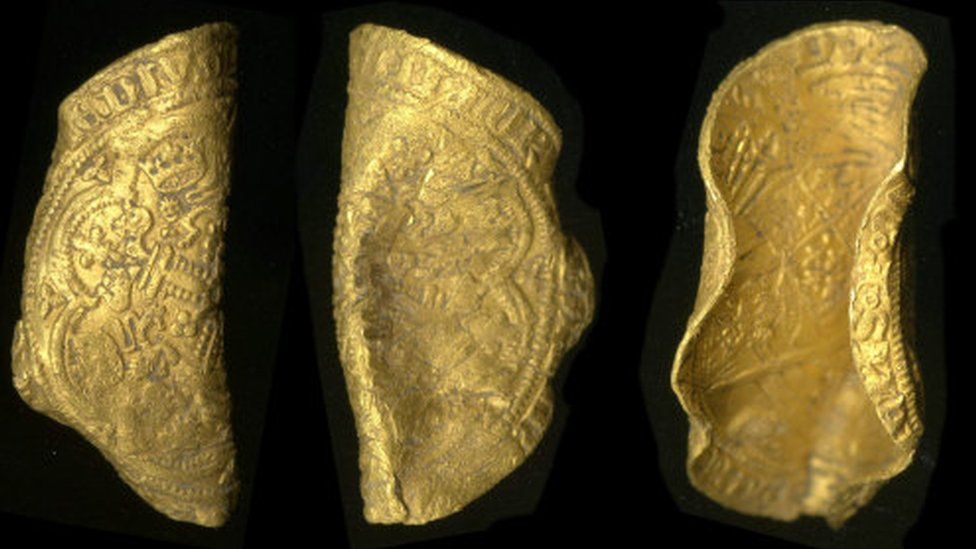 The coins show little sign of wear and tear, suggesting they were lost soon after the noble (above) was minted in 1351

After the Norman Conquest, the only coins in circulation were silver pennies.

"The royal treasury might talk in terms of pounds, shillings and pence, but the physical reality was sacks of silver pennies," said Dr Geake.

"Then Edward III decided to reintroduce the first gold coins in England since the Anglo-Saxon era - and no-one knows why."

The coins, called a florin, a leopard and a helm, were minted in early 1344, but withdrawn within months.

Dr Geake said: "For some reason they didn't catch on, but when one or two pennies were the equivalent of a day's wages at today's minimum wage rate, perhaps very few people used them."

They were replaced with the noble, worth six shillings and eight pence.

The Reepham find shows the leopard, which was worth three shillings, was in circulation for much longer than previously thought.

Dr Geake said: "We asked ourselves why and realised the Black Death reached England in 1348.

"It was hugely cataclysmic, a third of the population was dying.

"Usually the authorities would be keen to remove a withdrawn coin as soon as possible."

The coins were found in October 2019. Their status as treasure is subject to a coroner's inquest. 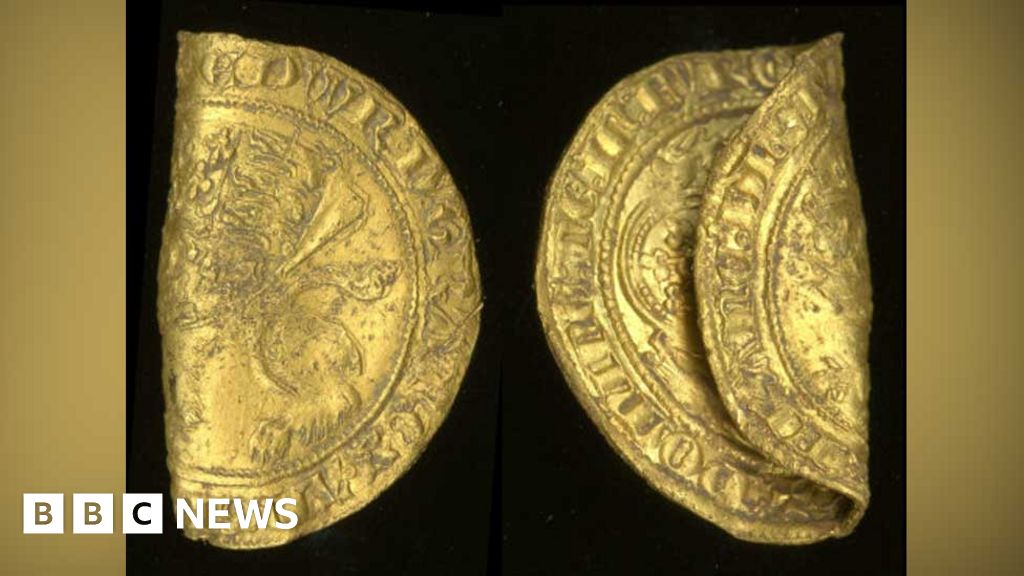 Hardly any of the leopard coins from 1344 have survived, an expert says.
www.bbc.co.uk
You must log in or register to reply here.
Top Bottom