Georgia woman orders 'Whopper' of a death row final meal
QMI Agency First posted: Thursday, February 19, 2015 12:19 PM EST | Updated: Thursday, February 19, 2015 12:27 PM EST
The final meal request for the only female prisoner on Georgia's death row is a lengthy one.
Kelly Renee Gissendaner, 46, convicted for orchestrating murder of her husband in 1998, is scheduled to be executed by lethal injection on Wednesday in Jackson.
Her last meal includes two Burger King Whoppers with cheese; two large orders of fries; corn bread; buttermilk; cherry vanilla ice cream; popcorn; salad with boiled eggs, tomatoes, bell peppers, onions, carrots, cheese and Newman's Own buttermilk dressing; and lemonade, according to the Georgia Department of Corrections.
Gissendaner was sentenced to death after she was convicted of persuading her lover to kill her husband, Doug.
In 1997, Doug was kidnapped and stabbed to death in the woods while Gissendaner was out at a nightclub with friends. The boyfriend, Gregory Owen, testified against Gissendaner as part of a plea bargain that spared him the death penalty.
Gissendaner is set to be the first woman executed in the state since 1945.
Georgia woman orders 'Whopper' of a death row final meal | Weird | News | Toront
she might end up dying of a heart attack before the execution. 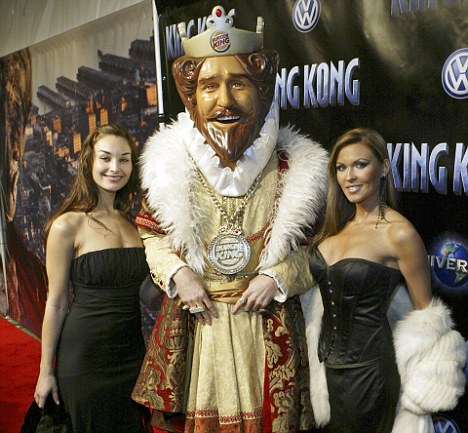 Too much fat and cholesterol in that i would say.

coldstream said:
Too much fat and cholesterol in that i would say.
Click to expand...

Like the lady on death row has to worry much about that. :lol:

Hope she at least quit smoking. Bad for her health.
You must log in or register to reply here.
Top Bottom