Fossil found on P.E.I. older than first dinosaur to have walked the Earth

Fossil found on P.E.I. older than first dinosaur to have walked the Earth
'The entire skeleton was there,' said the school teacher


“The entire skeleton was there,” said the school teacher in a recent interview.


Her mother-in-law, Cormier said, had told her that the Island’s sand lends itself to being a good home for fossils, and that her daughter-in-law had a good chance of finding petrified remains during one of her beach walks.

She laughingly dismissed the idea at first, but said her mother-in-law was the first to see a photo of her discovery.

Eventually, however, that image made its way to John Calder’s phone.

The Halifax-based geologist and paleontologist said the fossil likely dates back about 300 million years to the end of the Coal Age, or Carboniferous era, and into the Permian period, about 80 million years before the first dinosaurs.

“This is obviously really important because these kinds of fossils are very rare from this time period. And, because of its location — it was being covered by the sea with every tide and at risk — it needed to be removed immediately.”

The Carboniferous era was a period of intense global warming, Calder said.

The rainforests and the wetlands of the Coal Age collapsed in the face of withering heat and drying, he said. Only some creatures such as reptiles, which lay their eggs outside of water, were favoured to survive, he added.

“And this is the time period that most of the rocks on P.E.I. fall under, early Permian,” he said. “It’s really a transition from wet, humid Coal age or Carboniferous to the dry, hot Permian period, and it’s right in that switch over that this fossil’s been found.”


Within 24 hours of Calder receiving the photo, a team had been assembled to retrieve the precious fossil. But they had just about five hours before high tide and sunset to get the specimen to safety.

Cormier said her husband, Gabriel, and father-in-law, Aubrey, along with Laura MacNeil, a geologist who runs Prehistoric Island Tours, a company giving tours of fossil sites, helped Calder with the delicate dig.

The rock was soft and crumbly, Calder said. The team simply dug around it and excavated the rock with the fossil embedded in it.

“So that we could remove a pedestal, if you like, of rock with the fossil in it.”

The team then wrapped the rock in layers of newspaper, burlap and plastic before carrying it to the back of a Parks Canada truck, which took it to a paleontological repository about 60 kilometres away in Greenwich, P.E.I., for safekeeping. The Prince Edward Island government will then decide where it has to be sent, adding it will likely wind up in either Ottawa or Washington, D.C., for further study.


The fossil will reveal its secrets bit-by-bit, Calder said.

While the skull and teeth will instantly reveal the lineage, he said a “full, proper description” could take at least a year.

“We will learn as research unfolds,” he said. “We will get bits of news as to its identity.”

The research will also help scientists understand how global warming will affect animals in the future, he noted.

“Global warming that I speak of occurred over millions of years,” Calder said. “It wasn’t as sudden as what we’re experiencing today, but it still had dramatic consequences.”

Cormier said she cannot wait to hear what the scientists find out about the fossil.

“Maybe I’m making history. Maybe it will be named after me,” she said with a laugh.

“And if it is something that we have never seen before, it will redefine the history of science. So it’s pretty cool. It’s amazing. And if we find other species like this, then my species will be kind of the model that other discoveries will be based on. So many possibilities.”

Even if it is not a one-of-a-kind species, she said the fossil is a rare find.

“I will still be proud of finding it.” 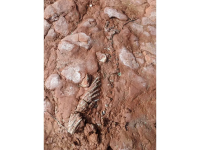 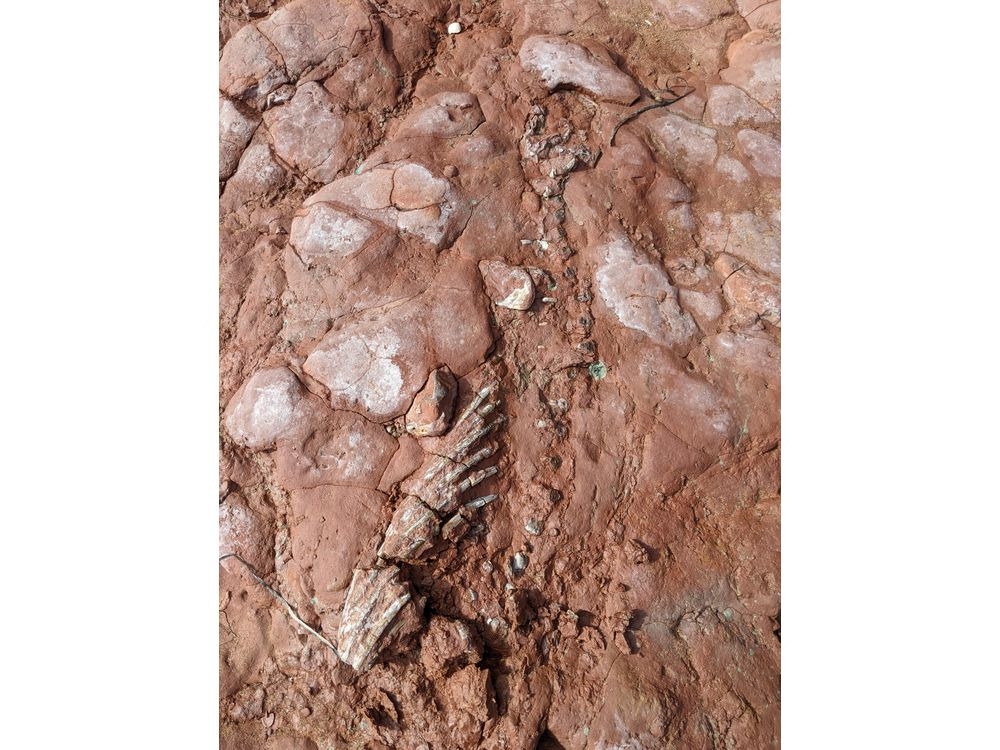 Fossil found on P.E.I. older than first dinosaur to have walked the Earth

"The entire skeleton was there," said the school teacher in a recent interview.