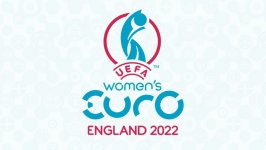 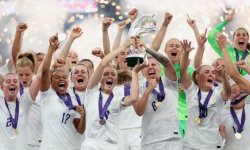 It is the first football tournament won by a senior England team since the men's 1966 World Cup and the first time Germany have ever been beaten in a women's European Championships final.

In what was a tight affair, Toone put England ahead in the 62nd minute before Magull equalised 17 minutes later.

Finishing 1-1 after the 90 minutes it went to extra time.

Substitute Chloe Kelly then scrambled the ball over the line to score England's winner ten minutes from the end of extra time. Amazingly, it was Kelly's first England goal.

87,192 fans packed into Wembley yesterday - a record attendance for a European Championships final in both the women's AND men's game - and millions tuned in to their TVs to watch a senior England side win a major tournament for the first time since 1966, leading to mass celebrations in homes and bars across the nation...

England fans celebrate around the nation as their team is crowned European Champions, the first tournament win for a senior England side since 1966...

Thousands are celebrating with the England team and the trophy in Trafalgar Square: 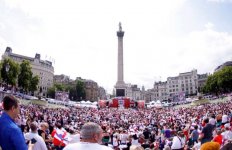 Are Mondays meant to be this good?

Scenes at Trafalgar Square as the Lionesses link arms and sing on stage in front of the Euro 2022 trophy they won on a momentous night at Wembley. 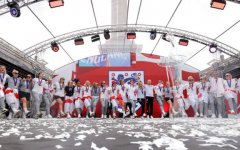 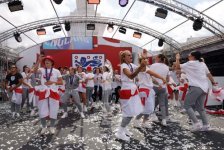 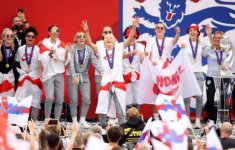 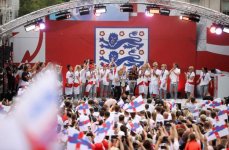 "The support has been so incredible and most of all the willingness to win so badly." 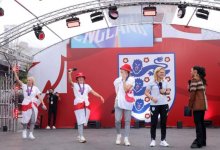 After her iconic celebration, England's match-winner Chloe Kelly says: "The shirt's staying on!"

She adds: "It's so special to share this moment with such an amazing bunch of girls. I'm proud to wear this badge but I'm even more proud to share the pitch with such an unbelievable group of players and set of staff." 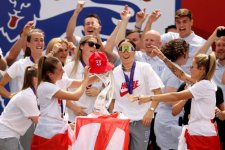 Confetti cannons and giant sparklers greeted England once again lifting the trophy at Trafalgar Square, with boss Sarina Wiegman then encouraged to lift it by herself to more acclaim.

The Lionesses squad sang 'Sweet Caroline' and 'Freed From Desire' - repackaged as "Beth Mead's on fire" - before Rachel Daly grabbed the mic to lead a chorus of 'River Deep, Mountain High'. 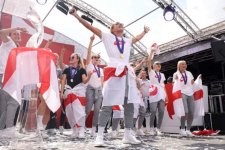 Well played. You beat what may have been the best women's national side ever to take the pitch.

Which, I guess, makes you the best now.
Reactions: Blackleaf

Other parts of the United Kingdom desperately trying to bask in English glory... 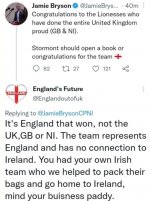 Tecumsehsbones said:
Well. . . we USED to be part of England!
Click to expand...

You were our penal colony, our dumping ground for all those evil felons who committed any crime worse than thieving five shillings.

We clamped down hard on crime in those days. 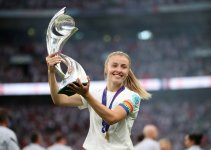 England's female Euro 2022 winners are too white says the BBC

Blackleaf said:
You were our penal colony, our dumping ground for all those evil felons who committed any crime worse than thieving five shillings.

We clamped down hard on crime in those days.
Click to expand...

Yes, you sent us all your penal members, which is why you got none now.
You must log in or register to reply here.
Top Bottom