SAN JOSE — A federal judge on Friday sentenced Theranos founder Elizabeth Holmes to 11 years and three months in prison for defrauding investors in her now-defunct blood-testing startup that was once valued at $9 billion.


In San Jose, California, U.S. District Judge Edward Davila sentenced Holmes, 38, on three counts of investor fraud and one count of conspiracy after a jury convicted her last January following a trial spanning three months. The prosecution had recommended a sentence of 15 years in prison, while the defence had urged the judge to impose no prison time.


Holmes, dressed in a dark blouse and black skirt, hugged her parents and her partner after the sentence was handed down.

During the sentencing hearing, Holmes cried as she said she was “devastated” by her failures and would have done many things differently if she had the chance.

“I have felt deep shame for what people went through because I failed them,” Holmes said.


Before handing down the sentence, Davila called the case “troubling on so many levels,” questioning what motivated Holmes, a “brilliant” entrepreneur, to misrepresent her company to investors.

“This is a fraud case where an exciting venture went forward with great expectations only to be dashed by untruths, misrepresentations, plain hubris and lies,” the judge said.

Her lawyers are expected to ask the judge to allow her to remain free on bail during her planned appeal. They are expected to appeal the judge’s decisions to uphold the jury’s conviction of Holmes as well as her sentence at the San Francisco-based 9th U.S. Circuit Court of Appeals.

Assistant U.S. Attorney Jeff Schenk told Davila during the hearing that a 15-year sentence would be “making a statement that the ends don’t justify the means.”


Holmes’ attorney Kevin Downey sought home confinement, saying leniency was justified because unlike someone who committed a “great crime” she was not motivated by greed.

The federal probation office had recommended a 9-year prison sentence, according to court papers.

U.S. Attorney Stephanie Hinds said the sentence for Holmes “reflects the audacity of her massive fraud and the staggering damage she caused.” Downey declined to comment as he left court.

Prosecutors said during the trial that Holmes misrepresented Theranos’ technology and finances, including by claiming that its miniaturized blood testing machine was able to run an array of tests from a few drops of blood. The company secretly relied on conventional machines from other companies to run patients’ tests, prosecutors said.


Holmes testified in her own defence, saying she believed her statements were accurate at the time.

She was convicted on four counts but acquitted on four other counts alleging she defrauded patients who paid for Theranos tests.

Theranos Inc promised to revolutionize how patients receive diagnoses by replacing traditional labs with small machines envisioned for use in homes, drugstores and even on the battlefield.

Forbes dubbed Holmes the world’s youngest female self-made billionaire in 2014, when she was 30 and her stake in Theranos was worth $4.5 billion. Theranos collapsed after a series of Wall Street Journal articles in 2015 questioned its technology.

Actress Amanda Seyfried in September won an Emmy Award for portraying Holmes in the limited series “The Dropout.”

Before sentencing Holmes, Davila asked if any of her victims were in the courtroom.

Alex Shultz, whose son Tyler Shultz worked at Theranos and whose father, former U.S. Secretary of State George Shultz, invested in the company, told the judge how a family member once heard Holmes describe her supposedly revolutionary technology.

“What’s the hitch?'” the family member asked Holmes, according to Shultz.

“There is no hitch,” Holmes responded. 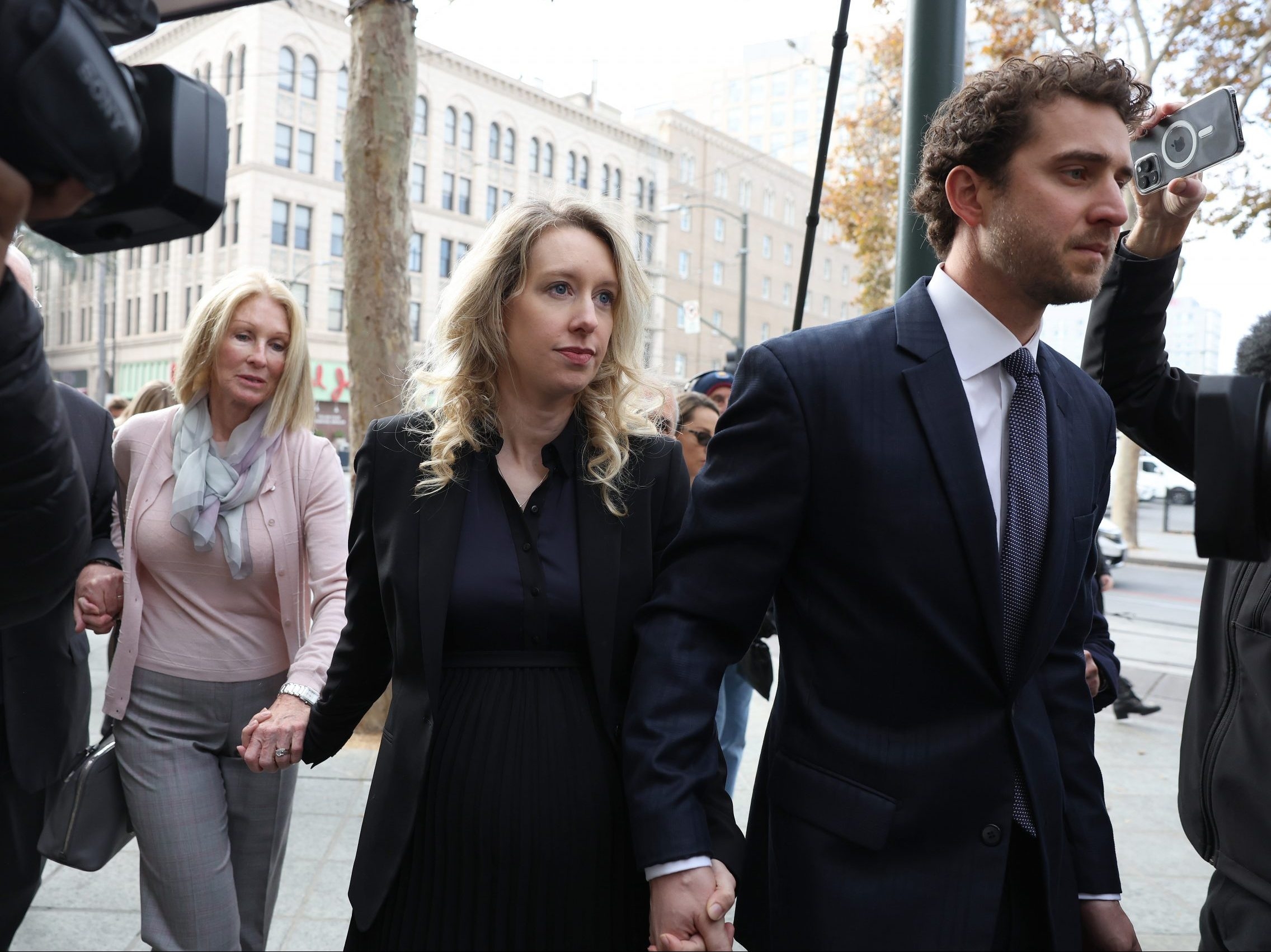 The takeaway from this is that taking a few dollars from people that were hoping to get rich quick s a more serious crime than murder.
Reactions: Tecumsehsbones

Taxslave2 said:
The takeaway from this is that taking a few dollars from people that were hoping to get rich quick s a more serious crime than murder.
Click to expand...

When has it NOT been true that it's safer to kill the powerless than to piss off the powerful?
You must log in or register to reply here.
Top Bottom