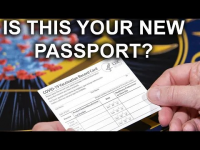 So it wasn't a conspiracy after all. The Covid vaccination cards are now a real thing. 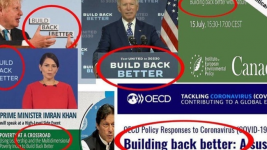 Definitely a face only a mother could love..

The shocking cruelty of cancelling Christmas​

The government’s neo-Cromwellian edict is a disgrace.

So Christmas is cancelled. The neo-Cromwellian edict has been issued. The thing that Boris Johnson said would be ‘inhuman’ just a few days ago has now been done. For the first time in centuries people in vast swathes of England – London and the South East – will be forbidden by law from celebrating Christmas together. The government’s promise of five days’ relief from the stifling, atomising, soul-destroying lockdown of everyday life has been snatched away from us. It’s too risky, the experts say; the disease will spread and cause great harm. You know what else will cause great harm? This cruel, disproportionate cancellation of Christmas; this decree against family festivities and human engagement.

This evening Boris Johnson executed the most disturbing u-turn of his premiership: he scrapped the planned relaxation of lockdown rules for Christmas. He commanded that London and the South East will be propelled into Tier 4, yet another Kafkaesque category of authoritarianism dreamt up by our increasingly technocratic rulers. This means no household mixing, including on Christmas Day. That’s millions of planned get-togethers, family celebrations, cancelled with the swipe of a bureaucrat’s pen. Other areas outside of London are luckier: Boris has graciously granted them one day off from the lockdown rules, on Christmas Day, when they may mix with people from other households. They will no doubt give praise to their benevolent protectors for such festive if fleeting charity.

There is much that is disturbing about Boris’s decree. It is being justified on the basis that a new strain of Covid-19 is spreading in the South East and seems more contagious than earlier strains. That is certainly something we should be aware of. But Boris also declared that there is no evidence that this new strain has led to ‘increased mortality’. So what is going on here? Surely before enacting the drastic, almost unprecedented measure of preventing millions of people from celebrating Christmas together the government should offer up clearer evidence of the significant social harms that would allegedly spring from such celebrations? The political and media elites go on and on about ‘evidence-based policy’, except when it comes to locking people down. Then it’s all ‘Yeh, go ahead, better safe than sorry’.

Here’s the thing: everyone recognised that allowing greater household mixing and socialising at Christmas would have had an impact on Covid rates. We understood that the virus would spread a little more. That’s why some were predicting that we might need a bit more lockdown in January, to deal with the likely rise in cases over Christmas. But I thought we had agreed that these risks were worth taking for the immeasurable good of facilitating human connection, of allowing and even encouraging people to congregate and celebrate and lose themselves in drink, food and love? I thought we had decided, pretty much collectively, that a rise in cases would be a price worth paying for the human food of family festivities and friends’ celebrations? It seems that broad agreement has now been reversed, suddenly, unilaterally and with insufficient justification.

The government and its expert advisers say they have had to rethink the balance. They now believe that allowing Christmas to go ahead will be too harmful – more harmful, apparently, than not allowing Christmas to go ahead. But who are they to make this judgement? What gives them the right? It seems to me – as someone who understood perfectly well that a relaxed Christmas would cause some Covid problems – that the harms of cancelling Christmas are very, very significant. No, not just in terms of missing out on ‘a roast dinner’, as the lockdown fanatics in the media sniffily refer to the festival of Christmas when anyone insists on their right to celebrate it. But also in terms of happiness, joy, a sense of meaning and connection in our lives.

It’s not clear what would have happened Covid-wise if Christmas had gone ahead in London and the South East. But it’s pretty clear what will happen now that Christmas isn’t going ahead.

Lonely people and older people could be propelled into despair. Families will feel torn apart. And people will feel betrayed. They were promised five days of life and now that has been rescinded. This will be devastating to many, many people. After a year of fear, dislocation and family separation, many were looking forward to the joy and the release of Christmas with loved ones. Now that has been outlawed. It is testament to the technocratic, graph-driven, robotic worldview of our out-of-touch rulers that they seem not to understand the loss people will feel as a result of this edict banning Christmas.

I’m hearing from so many people that they intend to go ahead with their Christmas plans. Political leaders and the miserabilist media will no doubt brand them ‘Covidiots’, thoughtless pricks who don’t care about others. On the contrary, it is precisely because they care for others – for their happiness, their social needs, their thirst for human connection – that they will defy this edict and celebrate Christmas. Our politicians may not understand that the purpose of life is to be with and around and there for other people, but millions of us still do. So, Merry Christmas. 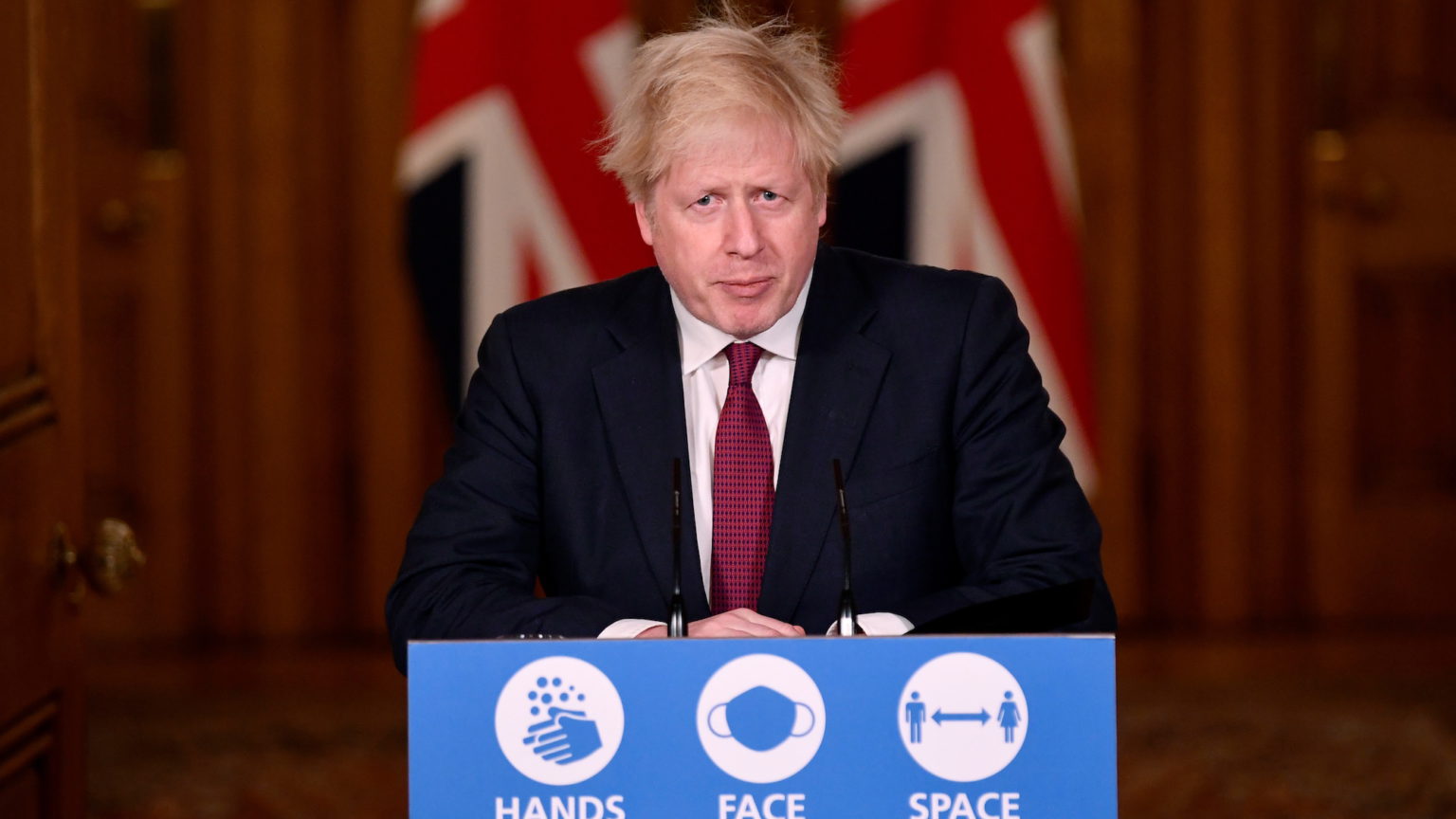 The shocking cruelty of cancelling Christmas

The government’s neo-Cromwellian edict is a disgrace. 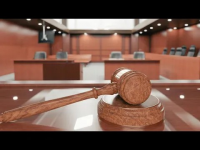 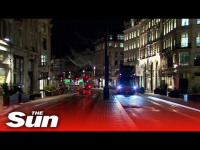 London's Oxford Street empty on day one of Tier 4 restrictions​

Just think, had we gone for herd immunity in March as we were initially going to do we wouldn't be in this predicament now.

It's easy for me to say "I told you so."
Reactions: Serryah

Blackleaf said:
Just think, had we gone for herd immunity in March as we were initially going to do we wouldn't be in this predicament now.

There's absolutely no proof of that.

But that you were okay with infecting and likely killing/murdering a portion of your population shows the kind of soulless creature you are.

Serryah said:
There's absolutely no proof of that.

But that you were okay with infecting and likely killing/murdering a portion of your population shows the kind of soulless creature you are.
Click to expand...

The proof is in the fact that the lockdowns aren't working and that Sweden has beaten it.

As for murdering people, that's what your lockdowns are doing. You people have no compassion.
Reactions: taxslave
S

Serryah said:
There's absolutely no proof of that.

But that you were okay with infecting and likely killing/murdering a portion of your population shows the kind of soulless creature you are.
Click to expand... 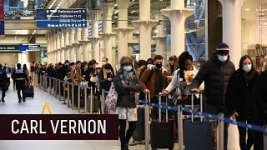 Now There is No Doubt​ 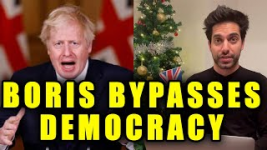 Boris breaks his own lockdown law. Meanwhile, the suicide rate has skyrocketed in the UK because of the lockdown. 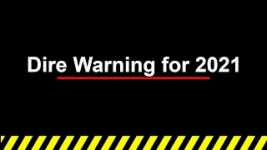 UN warns the world could face a humanitarian catastrophe in 2021 because of the lockdowns.

Boris breaks his own lockdown law. Meanwhile, the suicide rate has skyrocketed in the UK because of the lockdown.

Do suicides count as covid deaths in Britain like they do here?

taxslave said:
Do suicides count as covid deaths in Britain like they do here?
Click to expand...

They would do if any of them took their lives within 28 days of testing positive for coronavirus. Any death in the UK in such a scenario is recorded as death by covid, even if you got hit by a train.
Reactions: taxslave 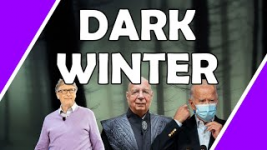 What is "Build Back Better?"

Checking in on Iceland and see they have 5000 doses of the Phizer vaccine that they will start dispensing after Christmas and 8000 doses arriving in January.

Sounds like prudent management compared to Canada's 446,000 doses now. It's not just the money but also the chaos and distraction. If this were a hockey team all 5 players are in the same corner.
You must log in or register to reply here.
Top Bottom