Serryah said:
1. they cared jack SHIT for the warning signs pointing to their little bundle of horror about to commit mass murder.
2. they TOOK OFF.
3. they LIED about turning themselves in.
4. they bought their already knowingly disturbed bundle of horror THE GUN.

This little terrorist shitball mass murdered 4 kids, hurt 8 others, and his parents were part of the process and you're defending them??

Goddamn, go fuck yourself Boom. It's people like you that have this shit keep happening.
Click to expand...

So, what have you got to say about that black murderer who killed 6 people and injured another 8 people in that Christmas parade joy ride attack awhile back? The buffoon has a rap sheet a mile long but ask the f'n lying media if they give a shit? They will not because the scumbag murderer was black. Can you imagine what you and the f'n lying media would say if the guy was white? Endless talking about the incident.

Why are there so many anti-white people like you around? Whites bad, blacks okay. I suppose that if you had your racist way Kyle Rittenhouse would be in jail by now, eh? I know that I am on your blocked list so I know that you will not be replying to my post. Too bad, it would have been fun to debate you on this. Aw well.

No problem at all, chief. After all, aren't all we white folk mentally ill anyways. We mentally ill white folk just want to let you know that we are still around and still are trying to cause mayhem and chaos in the streets(like looting and rioting)for mentally sound anti-white racists like yourself to babble on about.

I often wonder as to why white people are always considered and made out to look oh so racist towards non-white people but yet non-white people from all over the world are legally and illegally wanting to move to and live in white racist countries around the world? They say that over two million nonwhites have crossed into America from Mexico. Why? Are they not scared of becoming victims from we the white folk mentally ill white racist bigots? There is just something that I am not getting about this picture? Care to comment, chief?

Tecumsehsbones said:
Never any shortage of retards.
Click to expand...

For you.. just look in a mirror

B00Mer said:
For you.. just look in a mirror

It’s all right there in black and white .
Reactions: Twin_Moose

Why, because of the centuries of discrimination and oppression suffered by White men in North America, of course.
T

Tecumsehsbones said:
Never any shortage of retards.
Click to expand...

Boy, have you ever got the right for once in your useless life, retard.
T

Maybe because he is a black terrorist? Apparently, the black dude is very anti-white. That is good enough for the lying and fake leftist liberal American media. Only white people can be terrorists. All those white people that went to Washington on Jan. 6th were all deemed to be white racist terrorists. But yet, all those BLM and Antifa rioters and looters are all considered to be great loyal and patriotic Americans. Go figure, eh?
All white people are now to be seen pretty much as white terrorists. It's getting very dangerous to be a white person today. The white folk are being attacked from everywhere.

Maybe the white folk should take the covid advice and lock yourself down in their homes from possibly being killed. Not from covid but from the BLM and Antifa Marxist gangs that want old whitey gone. Just saying.

IdRatherBeSkiing said:
In the cases of a kid going nutzo after being bullied, would the actions of the bullies not fall under the same category?

As for kids and guns, I take it hunters do not take their kids hunting with them in Michigan?

I think it depends on how "direct" the jury will think the actions are.
Click to expand... 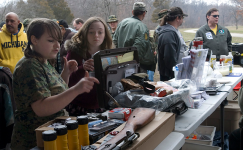 To conflate hunting and home defense with this kind of inability to tell your dick from your gun garbage is just throwing dust.

The laws of most states allow kids to possess firearms under supervision. And most of them have hunting exceptions.
Reactions: Serryah

A deadly shooting at a Michigan high school that authorities have said was carried out by a 15-year-old boy was “entirely preventable,” according to a lawsuit seeking $100 million in damages filed on Thursday against the school district and its officials on behalf of two sisters who survived the rampage.
Advertisement
Story continues below
Article content

Four students were killed in the Nov. 30 shooting at Oxford High School in suburban Oakland County, some 48 kilometres northwest of Detroit. The suit faulted the school district’s superintendent and school principal for assuring parents of the school’s safety despite knowing of disturbing social media posts and an online ammunition search by the accused shooter.

Ethan Crumbley , a 15-year-old student, is being held without bail after being charged as an adult in the deadliest U.S. school shooting of 2021.

The 44-page lawsuit was filed in federal court on behalf of Riley Franz, 17, who was shot in the neck, and her sister Bella, 14, who was next to her at the time. Their parents, Jeffrey and Brandi Franz, also are plaintiffs in the lawsuit.
Advertisement
Story continues below
Article content

Riley Franz was among the six students and a teacher seriously injured in the gunfire.

Crumbley’s parents, James and Jennifer Crumbley, were charged with involuntary manslaughter and are being held in lieu of $500,000 bail. They gave him the gun as an early Christmas present and are accused of then ignoring warning signs that he was planning a shooting at the school.

The district did not immediately respond to a request for comment.

“The horror of November 30, 2021 was entirely preventable,” said the lawsuit, filed by Michigan personal injury attorney Geoffrey Fieger. “Each and every defendant named herein created and increased the dangers then-existing at Oxford High School. The individually named Defendants are each responsible through their actions for making the student victims less safe.”

Among the accusations in the lawsuit were several detailing Ethan Crumbley’s threats of violence on social media as well as his using his cellphone to search for ammunition.

The lawsuit said that even though Throne and Wolf reviewed social media posts and were aware of the ammunition search reported by a teacher prior to the shooting, they improperly reassured all parents by email and other correspondence that their children were safe at Oxford, the lawsuit said. Similarly, students were assured there was no threat, it said.

“Plaintiff minors were safer before defendant Throne took action and advised each and every student, including plaintiff minors, that there was no credible threat,” the suit stated.

The lawsuit lists other actions by school employees including the failure to involve the campus safety officer in a meeting with Crumbley and his parents on the day of the shooting. 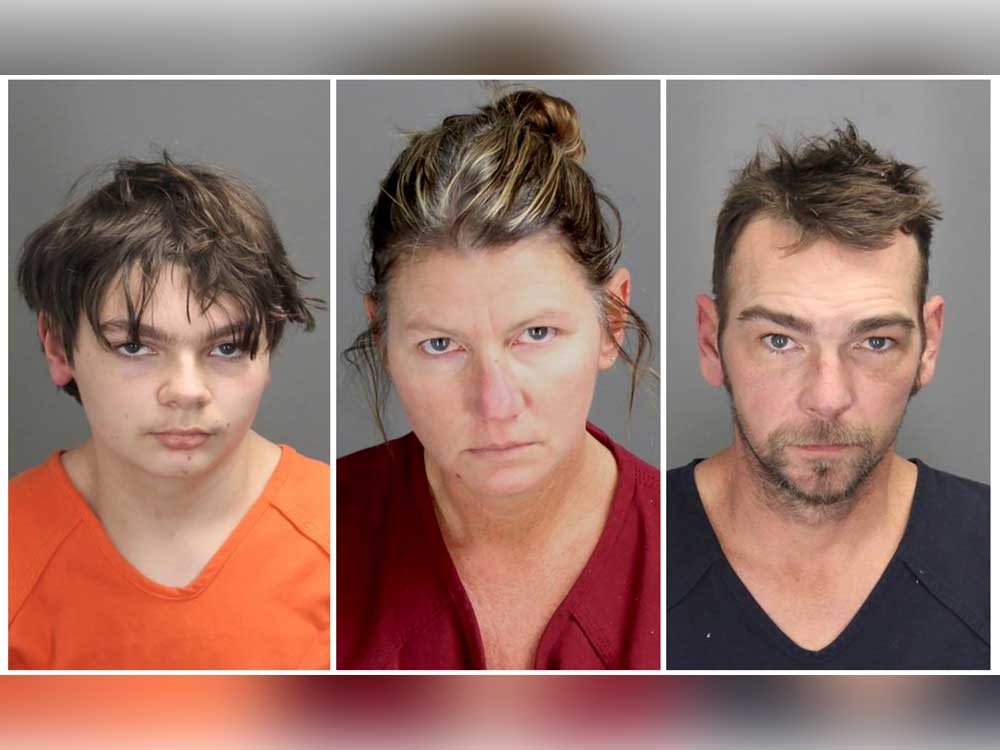 A deadly shooting at a Michigan high school that authorities have said was carried out by a 15-year-old boy was “entirely preventable,” according to a lawsuit…

Article content
Prosecutors say they intend to rebut the defense by Ethan Crumbley, a 15-year-old sophomore at a high school in Oxford, Michigan, who is charged with first-degree murder in the Nov. 30 shooting spree that killed four students.

Crumbley is being held without bond in an adult jail in Oakland County, although isolated from other inmates. Six other students and a teacher were also wounded in the shooting.

Crumbley’s lawyers, Paulette Michel Loftin and Amy Hopp, notified an Oakland County court that he “intends to assert the defense of insanity at the time of the alleged defense.”

Prosecuting attorney Karen D. McDonald wrote in a separate court notice: “Please take notice that if Defendant should successfully assert the defense of insanity, the prosecution gives notice of intent to rebut this claimed defense.”

Article content
Also charged in the killings are his parents, James and Jennifer Crumbley, who prosecutors say gave him a semi-automatic handgun as an early Christmas present and then ignored signs that he was planning a shooting at the school.

The parents, who have pleaded not guilty, are being held in the same county jail as their son in lieu of $500,000 bail each on charges of involuntary manslaughter.

In a new lawsuit filed Thursday in Oakland County, the parents of one of the students killed joined with others whose children had witnessed the shooting in alleging negligence by school officials and Crumbley’s parents.

Crumbley “exhibited some concerning, strange and bizarre behaviour which should have alerted his parents, as well as other people who had extensive contact with him, that he was suffering from significant psychiatric problems,” the lawsuit says.

A representative for the school, Oxford High School, and a lawyer for Crumbley’s parents were not immediately reachable for comment. 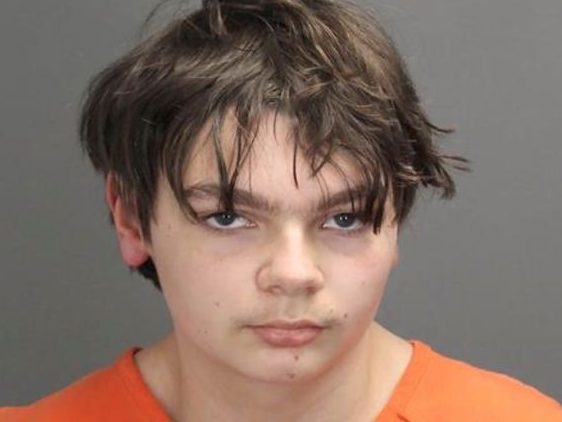 The Michigan teenager charged with first-degree murder in the deadliest U.S. school shooting of 2021 will assert an insanity defense, his lawyers wrote in a…

The case appears to mark the first U.S. case in which the parents of a teenage school shooter have been charged in connection with crimes allegedly committed by their child.

Ethan Crumbley, 15, is charged with using the weapon his parents bought him as a Christmas gift to open fire at Oxford High School in Oakland County, Michigan, on Nov. 30, 2021. He has pleaded not guilty to first-degree murder charges.

Four students were killed in the rampage and six other students and a teacher were wounded in the attack, the deadliest U.S. school shooting of 2021.

Article content
James Crumbley, 45, and Jennifer Crumbley, 43, have pleaded not guilty in the case. Their attorneys argued during the preliminary hearing that prosecutors had not submitted sufficient evidence to bound them over for trial.

The Crumbleys both dabbed tears from their eyes during testimony in the case as they sat at the defence table wearing prison garb. Jennifer Crumbley appeared emotional as the judge issued her ruling.

At one point during Thursday’s proceedings a defence attorney read excerpts from Ethan Crumbley’s journal, in which the teen wrote: “I hope my parents can forgive me for what I do.”

The defence asserted that the journal entry proved the boy had not told his parents of his plans.

Prosecutor Marc Keast read for the court a text message that the teenager had sent to a friend, saying: “I actually asked my dad to take me to the doctor yesterday, but he just gave me some pills and told me to suck it up.”

Four days before the shooting, Ethan Crumbley accompanied his father to a gun shop, where James Crumbley bought a 9mm handgun, prosecutors said.

The next day his mother posted on social media that the father and son were at a gun range “testing out his new Christmas present,” according to prosecutors. 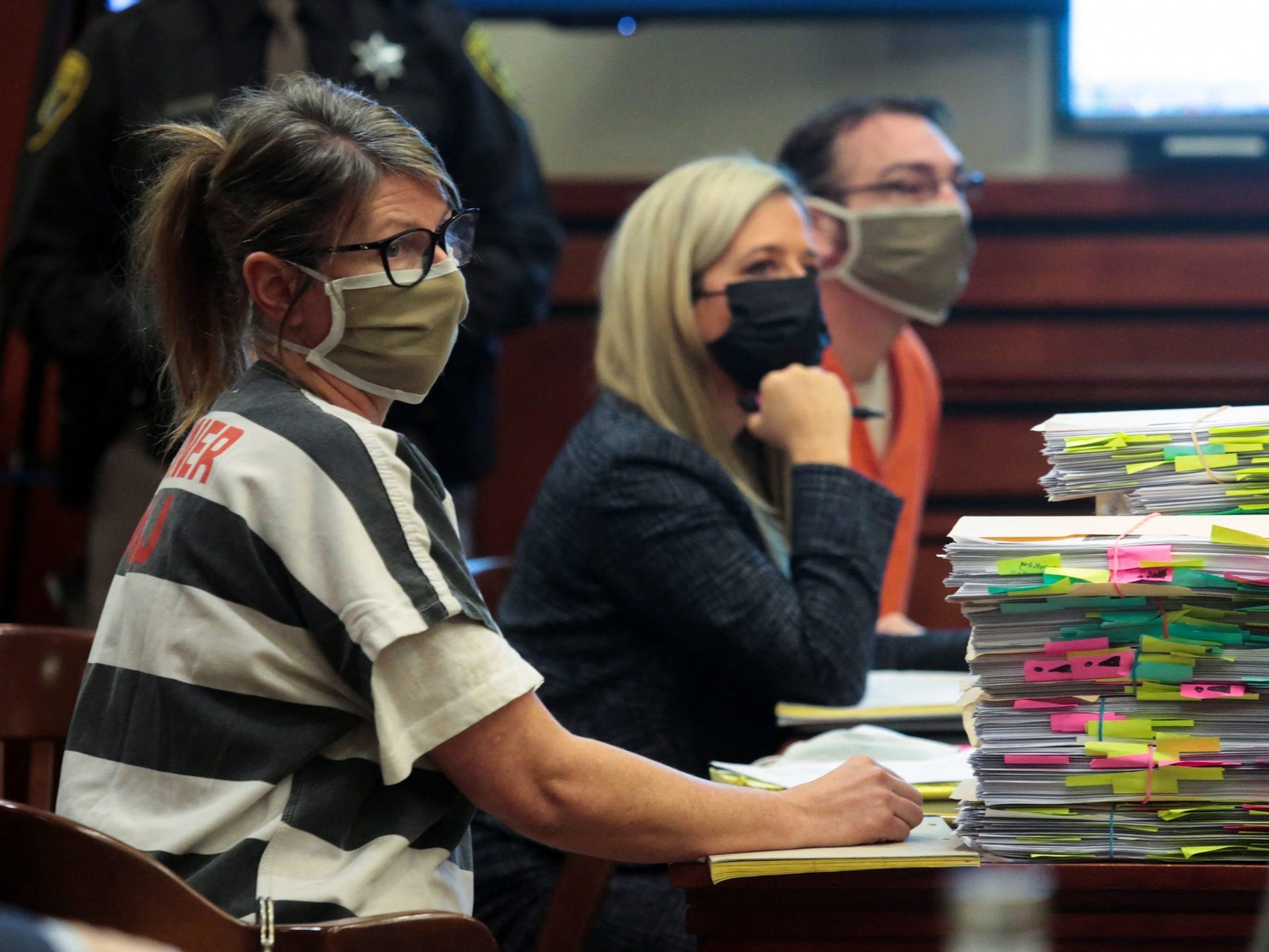 A Michigan judge on Thursday ordered the parents of an accused teenage school shooter to stand trial on involuntary manslaughter charges, saying evidence…