Lord True is the Leader of the House of Lords.

Penny Mordaunt is the Leader of the House of Commons.

Nadhim Zahawi is Chancellor of the Duchy of Lancaster, Minister for Intergovernmental Relations and Equalities Minister.

I absolutely love this. 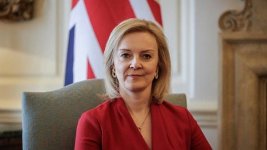 Edward Argar is the Paymaster General and Minister for the Cabinet Office.

Michael Ellis is the Attorney General.

Chris Philp is Chief Secretary to the Treasury.

Simon Clarke is Levelling Up, Housing and Communities Secretary.

He tweets: "I became the first foreign leader to have a conversation with the newly elected British PM Liz Truss."

Zelensky says he's invited her to Ukraine and thanked British people "for the major defence and economic aid for Ukraine".

"It's important that Britain is ready to further strengthen it," he adds.

In a statement, No 10 says the new PM reiterated the UK’s “steadfast support for Ukraine’s freedom and democracy”.

“In her first call with a counterpart since becoming Prime Minister, she reiterated to the Ukrainian leader that he had her full backing, and Ukraine could depend on the UK’s assistance for the long term,” the statement adds.

It goes on to say Truss "looked forward to working with the President in the coming weeks and months and was delighted to accept an invitation to visit [him] in Ukraine soon".

America and Britain reaffirm their friendship

US President Joe Biden has spoken with Prime Minister Truss this evening, Downing Street has said, Biden congratulating her on her appointment.

They said Truss and Biden "reflected on the enduring strength of the special relationship" and agreed to build on those links, including by furthering "our deep defence alliance through Nato and Aukus (the US and UK alliance with Australia)".

"The leaders reinforced their commitment to strengthening global liberty, tackling the risks posed by autocracies and ensuring Putin fails in Ukraine."

The two leaders also "discussed a range of domestic issues" and agreed on the importance of "protecting the Belfast (Good Friday) Agreement", adding that they look forward to meeting again soon.

Well aside from Pie-hole's comments (a man who felt castro went a little too easy on corporations) she's right that the answer is not taxing corps and then giving money back to the people. That's not a great model. There are other ways to do it that are much more effective. However - you then also have to deliver on one of those other ways. So we'll see how that goes.
Reactions: Blackleaf 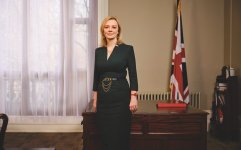 She is the daughter of John Truss, Emeritus Professor of Pure Mathematics at the University of Leeds, and Priscilla Grasby, a nurse. Her parents, who she once described as being "to the left of Labour", met at Cambridge University.

The family moved to Paisley, Renfrewshire, in Scotland when she was four years old, living there from 1979 to 1985, with Truss attending West Primary School. She then attended Roundhay School in the Roundhay area of Leeds a school which she later claimed had "let down" children.

Aged twelve, she spent a year in Burnaby, British Columbia, where she attended Parkcrest Elementary School while her father taught at Simon Fraser University.

Truss has praised the coherent curriculum, and the Canadian attitude that it was "really good to be top of the class", which she contrasts to her education at Roundhay School.

Truss was remembered by adolescent classmates as a studious girl with "geeky" friends. She reportedly had an interest in social issues such as homelessness.

She read Philosophy, Politics and Economics at Merton College, Oxford, graduating in 1996.

After becoming involved in politics, she was elected MP for South West Norfolk in the 2010 General Election, a position she still holds.

During the EU Referendum she was a Remainer but became a Brexiteer after Britain left the EU on 31st January 2020. As Trade Secretary she negotiated numerous trade deals for Britain.

As the daughter of a noted mathematician, Truss has called for mathematics classes to be compulsory for all those on full-time education.

Since 2000 Truss has been married to accountant Hugh O'Leary, finance director at Affinity Global Real Estate. They have two daughters.

As The Telegraph says that she could be the most radical PM for a century, Remainer-turned-Brexiteer Truss attacks the EU... 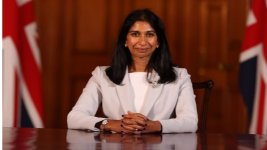 The victorious Brexiteers are well and truly in power

Braverman, who wants Britain to leave the European Court of Human Rights, is appointed Home Secretary by Truss

New Deputy Prime Minister and Health Secretary Therese Coffey was being interviewed on LBC by Nick Ferrari this morning and all of a sudden the alarm on her phone went off. It was an alarm you wouldn't expect her to have - Dr Dre.

spaminator said:
can she be trussted?
Click to expand...

im glad i got a chuckle out of it. 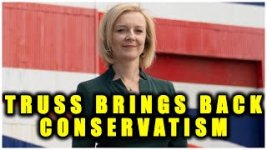 British lawmakers will try to oust Prime Minister Liz Truss this week despite Downing Street’s warning that it could trigger a general election, the Daily Mail reported.


More than 100 members of parliament belonging to the governing Conservative Party are ready to submit letters of no confidence in Truss to Graham Brady, the head of the Conservative Party’s committee which organizes the leadership contest, the tabloid reported, quoting unnamed sources.


Britain, engulfed in a political crisis, has lost three prime ministers since it voted to leave the European Union in 2016.

The MPs will urge Brady to tell Truss that “her time is up” or to change the political party rules to allow an immediate vote of confidence in her leadership, the report said.

Graham is said to be resisting the move, arguing that Truss, along with newly appointed Chancellor Jeremy Hunt, deserve a chance to set out economic strategy in a budget on Oct. 31, the report added.

Separately, The Times reported that some lawmakers have held secret discussions on replacing Truss with a new leader.

Truss, who won the Conservative Party leadership last month after promising to slash taxes, is fighting for her political survival after ditching key parts of the program.

The chaos has fueled discontent in the party, which is falling behind the opposition Labour Party in opinion polls. 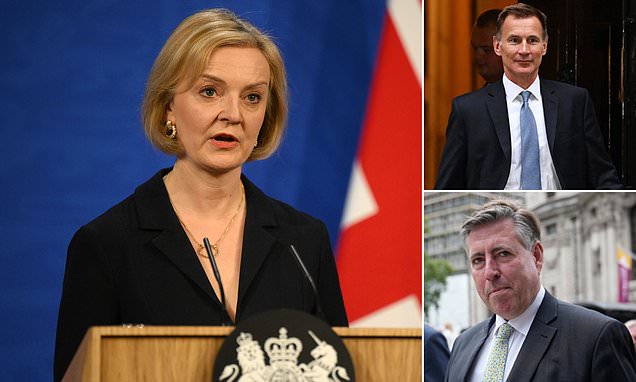 The embattled PM will reportedly meet with the 100-strong One Nation group of centrist Conservatives tonight in a bid to win round a sizeable chunk of the parliamentary party. 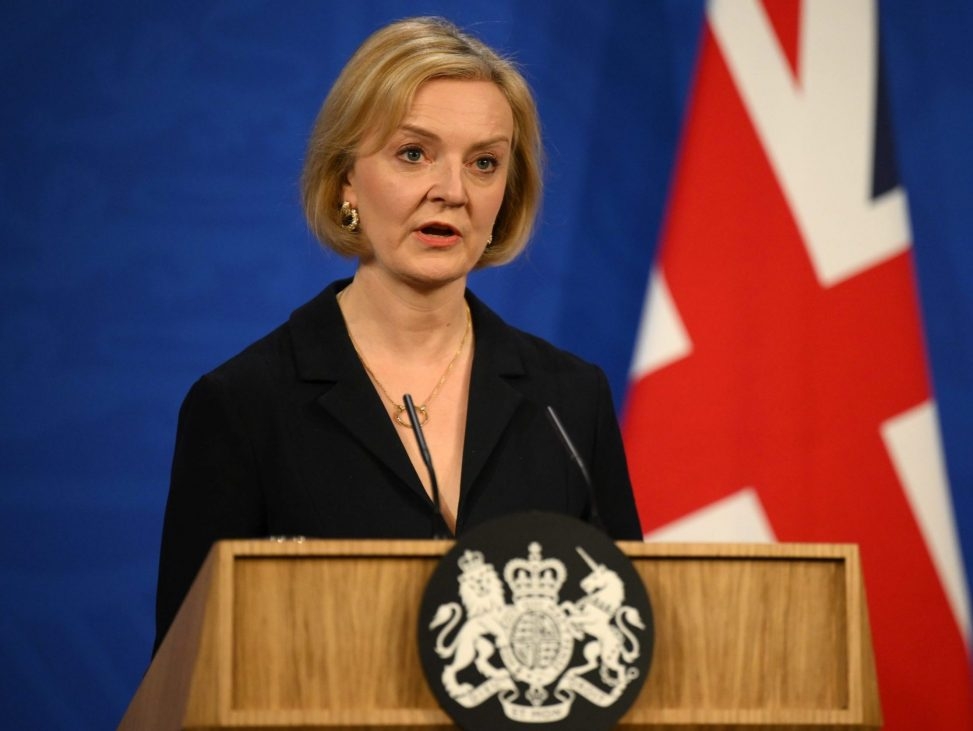 British lawmakers will try to oust Prime Minister Liz Truss this week despite Downing Street's warning that it could trigger an election.

torontosun.com
Reactions: Serryah
You must log in or register to reply here.
Top Bottom