Dixie Cup said:
I admired Thatcher. Crazy lady that she was.
Click to expand...

A lady not for turning for sure.

The new PM will be installed tomorrow by the Queen at Balmoral in Scotland.


Truss tipped by pollsters to win the contest​ 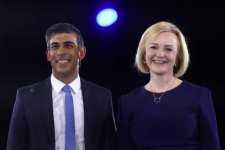 For several weeks now, Liz Truss has been the pollsters' favourite to win the leadership contest.

In mid-August, YouGov announced that Liz Truss had a lead over Rishi Sunak by 66% to 34% in members' poll.

This seems to be backed by betting sites.

This morning, betting aggregator Oddschecker puts Truss' chances of becoming the next PM at 1/100, versus Sunak's 33/1.

You might even recognise their faces - but how much do you know about them?

spaminator said:
can she be trussted?
Click to expand...

Go to your room.

Anyway, i'm sure she'll make a fine PM. And, I hear she's fun at parties. Really raises the roof. 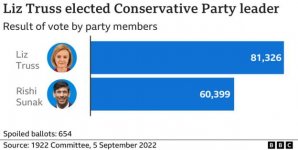 Liz Truss may have been victorious, but it wasn't the landslide that many were predicting.

Since the Conservative Party changed its internal election rules to give members a final say, ahead of the 2001 leadership contest, no leader has got less than 60%.

Theresa May never faced a membership ballot in 2016, after her opponent Andrea Leadsom pulled out after the first round. 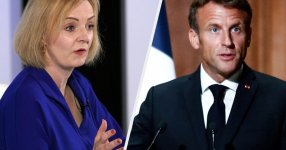 French President Emmanuel Macron has offered congratulations to Liz Truss and said France is "ready to work together as allies and friends".

Speaking during a press conference with German Chancellor Olaf Scholz, Macron said both France and the UK "have the same values, a history of friendship, we face common challenges".

It comes after Truss's controversial remarks about the French leader, when she said the "jury is out" in response to a question whether he is is a "friend or foe" of the UK.

Following the remarks, Macron warned of "serious problems" for France-UK relations, but insisted the UK remained an ally despite the occasional error made by its leaders.

"The UK is a great country committed with us to defend the values of democracy alongside Ukraine and which also needs to strengthen its energy sovereignty and win the battle against climate change."
Click to expand...

Help for consumers' energy costs is to be provided by allowing energy suppliers to take out government-backed loans to allow them to subsidise bills.

The plan, which had been suggested by the energy industry, is set to be announced on Thursday.

The "deficit reduction scheme" is expected to form the centrepiece of the government's attempt to tackle the high cost of energy for consumers.

Smaller firms are expected to be offered similar help to that of households, although the BBC understands the details of how businesses will be helped may not be ironed out in time to be included in Thursday's energy announcement.

It is also understood that bigger companies may be offered bespoke tax breaks to help them through the period of high prices.

What is it with British Prime Ministers recently not using their first names?

Johnson about to give farewell speech 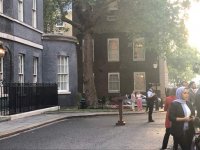 The lectern is now out in Downing Street, which should mean Boris Johnson’s appearance isn’t too far away.

Cabinet colleagues - including Nadine Dorries and Grant Shapps - have been spotted in and around Downing Street. As have some family members.

I think it’s likely that Mr Johnson will have a group of supporters standing by him as he makes his final speech. 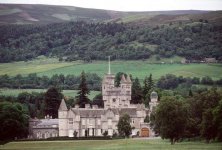 It's been nearly 140 years since the last prime minister had to make the journey all the way up to the Scottish Highlands to be appointed.

That was in 1885. The PM then was Robert Gascoyne-Cecil. The monarch of course was Queen Victoria. It took several days for all the travelling.

Today it should be much quicker. The outgoing PM Boris Johnson will arrive here at around 11:30 having been driven from Aberdeen. He will tender his resignation to the Queen in the drawing room of Balmoral Castle.

Then shortly after midday, having been driven again the 45 miles from Aberdeen, the incoming PM Liz Truss will meet the Queen in the drawing room. She will be invited to form a new government, and from that point she will be PM.

The whole ceremony is known as the kissing of hands. In fact, there is no kissing, merely a handshake. And with that she will then return to London as PM to begin work.

Blackleaf said:
What is it with British Prime Ministers recently not using their first names?

Maybe they don't go by their first names?

I don't; my parents wanted to call me by the name I go by, but nothing went good with it as a first name. It sort of 'go' as a second name so... my name is my middle.

Serryah said:
Maybe they don't go by their first names?

I don't; my parents wanted to call me by the name I go by, but nothing went good with it as a first name. It sort of 'go' as a second name so... my name is my middle.

It doesn't matter. I was just wondering.
Reactions: Serryah

"Like Cincinnatus I shall be returning to my plough..." 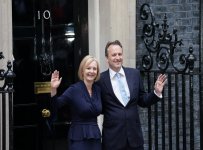 In her top four posts, Liz Truss has appointed:

Kwasi Kwarteng as Chancellor of the Exchequer (Finance Minister)

Therese Coffey as Deputy Prime Minister and Health Secretary
You must log in or register to reply here.
Top Bottom