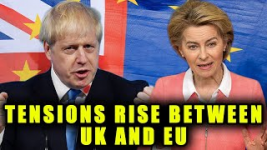 Boris Johnson stands up to the EU as he ignores the Northern Ireland Protocol.

Hungary and Poland take the EU to court.

The most shocking thing about the violence that has swept parts of Northern Ireland every night since Good Friday is that people are shocked by it. You thought you could turn Northern Ireland into the battleground over Brexit, into a prize to be tussled over by the United Kingdom and the EU oligarchy, and that it wouldn’t have destabilising consequences? That in itself is testament to the blindness and arrogance of the UK political class and the global elites. As they now look with horror upon Northern Ireland’s burning buses and flying petrol bombs, let’s remind them that it was their weaponisation of Ireland in the Brexit battle, their cynical dilution of Brexit by keeping Northern Ireland tied to the EU, that helped to stoke this instability.

The disingenuousness of Remainers over the violence in Northern Ireland is astonishing. As violence has flared among Loyalist youths in West Belfast, as well as in Carrickfergus and Derry, Britain’s Remainer elites have pointed the long finger of blame at their usual suspect: Brexit. That fiery bus, those 55 injured police officers, that assaulted press photographer – it’s all down to Brexit, they say. ‘We told you this would happen.’

This is the height of political dishonesty. It isn’t Brexit that stoked instability in Northern Ireland – it’s the compromises over Brexit. It was the EU’s and the Remainer elites’ insistence on an ‘Irish solution’ that essentially involved annexing Northern Ireland from the UK on matters of customs and goods that provoked anger and concern among many people in Northern Ireland. It was the failure to implement Brexit properly, not Brexit itself, that pushed Northern Ireland into a new and unpredictable era.

The proposition of Brexit was simple: in an all-kingdom vote it was decided that the UK would no longer be a member of the European Union. Yes, this would have raised certain issues for the Republic of Ireland, which would now have a land border with a non-EU member and no land borders with the EU itself. But that was a practical challenge that could have been straightforwardly resolved. Instead what happened is that the powerful anti-Brexit lobby – including Brussels oligarchs, the Irish government and much of the political elite in the UK – weaponised Irish concerns and used them both to demonise Brexit and to insist that it could not be fully implemented. Northern Ireland would need a different arrangement, they said; it would need to be siphoned off from the rest of the kingdom.

They got their way. Despite promising never to draw a border down the Irish Sea, Boris Johnson did just that, by agreeing to a Northern Ireland Protocol which ensures that the Six Counties are still beholden to the EU’s ‘level playing field’ provisions and its rules on customs issues, and even to a certain amount of jurisdiction on the part of the European Court of Justice. The Irish government and the EU, and their supporters among the anti-Brexit elites in the UK, successfully secured a half-Brexit, a phoney Brexit, for Northern Ireland. Northern Ireland’s current status as a nation in limbo – not entirely part of the UK anymore and not entirely part of the EU, either – is on them. It is them, not those of us who voted for Brexit, who helped to create this new and strange and unstable Northern Ireland.

The idea that you could constitutionally rearrange Northern Ireland over the heads of its people and that there wouldn’t be consequences is surreal. The idea that you can ignore the British electorate’s cry for the UK to remove itself from the EU and decide instead to keep a part of the UK tied to the EU, and that this wouldn’t have some form of political or social blowback, is naive in the extreme. Apart from anything else this is Northern Ireland we’re talking about. It isn’t Kent. It isn’t Cumbria. It’s a part of the world in which sovereignty is a live, difficult and contested question. Everyone who thought Northern Ireland could be quietly cut off from the UK and that everything would be fine – whether that’s Boris or Brussels, the Taoiseach or the pro-Remain commentariat – has behaved with staggering naivety. Will the current violence wake them up?

The UK is undergoing a kind of neo-Partition. Northern Ireland, against the wishes of its Unionist majority, is being partitioned from the rest of the UK on certain economic, political and legal matters. This is wrong. And I say this as someone who has long wanted to see a United Ireland. But not this kind of United Ireland. Not an Ireland being increasingly united under the undemocratic purview of EU rule and against the wishes of both the Unionist electorate in Northern Ireland and the British people more broadly, who in 2016 voted in good faith for the entire UK to be an independent nation free of EU rules and regulations. Such a ‘United Ireland’ would be little more than an outpost of the EU Empire, undermining British democracy and keeping Brexit Britain in check on behalf of the Brussels elites.

No, thanks. Right now, for everyone who believes in democracy, defending the Union is the thing to do. Ditch the Protocol, make Brexit a reality. 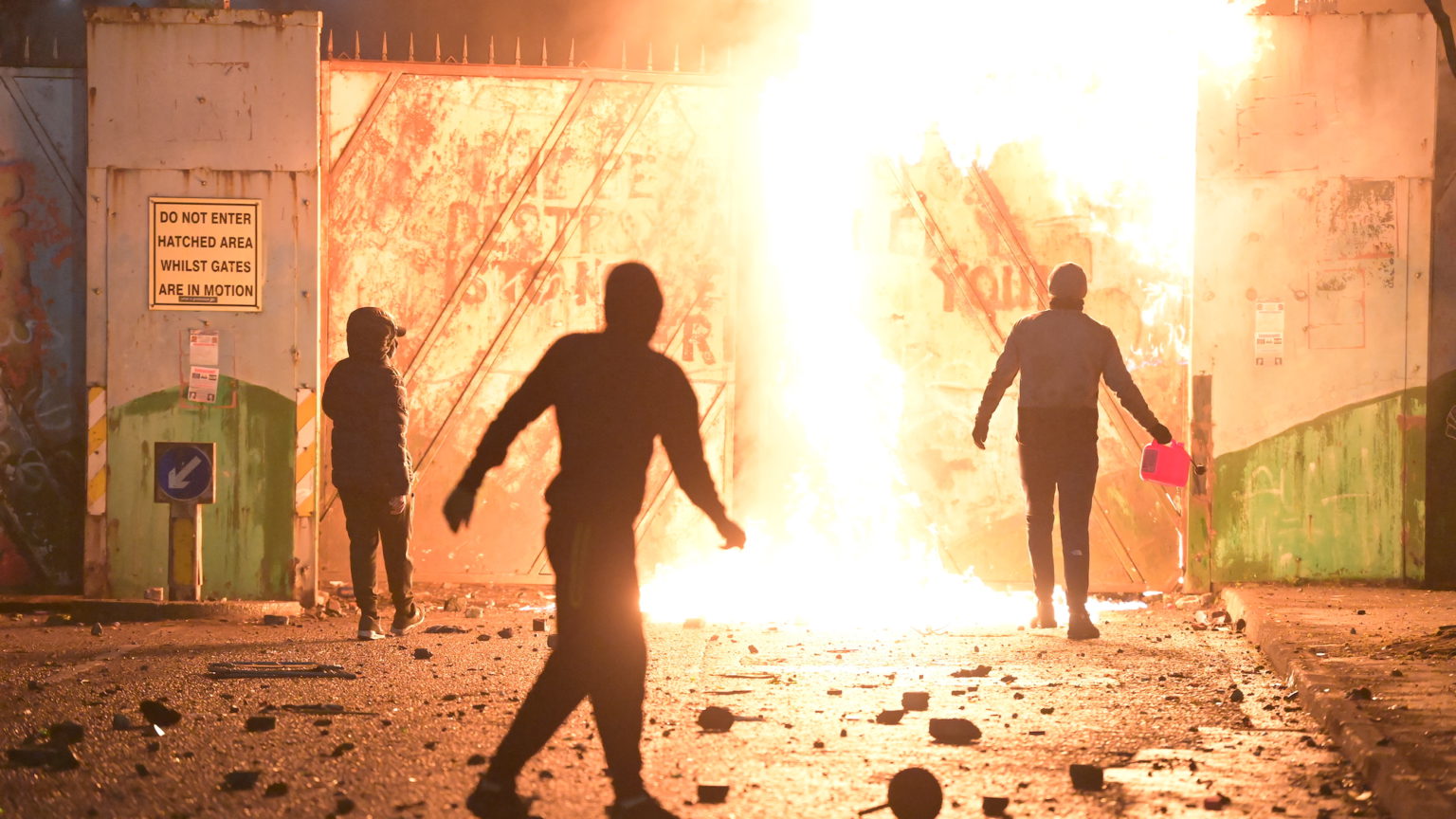 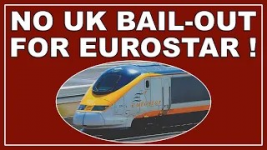 It should be a French, German and Canadian problem

So you're not a taxpayer then. Stop sponging. 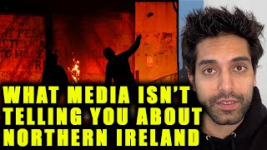 Brexit UK Forecast To SURGE Ahead Of EU And Lead The World!​

Brits want to Remain (outside of the EU)

Britain has agreed trade deals with 67 countries plus the EU

Brexit Britain set for its biggest economic boom since 1948

British economy forecast to grow 6.5% in 2021, more than any other advanced economy

Boris sends in Royal Navy warships to end the French blockade of Jersey... 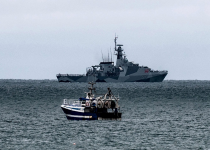 Brexit: The Battle of Jersey

In a rebuke to British Prime Minister Boris Johnson who has said he would block a secession vote, Sturgeon said it would be absurd for any politician in London to try to block a vote.

Trackerdslogo
“The only people who can decide the future of Scotland are the Scottish people, and no Westminster politician can or should stand in the way of that,” Sturgeon told BBC TV.

Results on Saturday showed Sturgeon’s Scottish National Party (SNP) well on course for a fourth consecutive term in office having triumphed in 62 of the 86 seats so far declared for the 129-seat parliament.


However, the electoral system – which allocates 56 seats on a proportional representation basis that helps smaller parties – means it was highly unlikely to obtain an overall majority, falling one or two seats short.

This advertisement has not loaded yet, but your article continues below.
Article content
The Scottish Greens, who also support independence, were expected to win more than half a dozen seats.

“It looks as if it is beyond any doubt that there will be a pro-independence majority in that Scottish parliament,” Sturgeon said. “By any normal standard of democracy that majority should have the commitment it made to the people of Scotland honored.”

Johnson, who the British government says must approve a referendum for it to be legal, has repeatedly indicated he will not allow one, pointing out Scots backed staying in the United Kingdom in a “once in a generation” poll in 2014.

The sets the scene for a bitter clash between the Scottish government in Edinburgh and Johnson’s United Kingdom-wide administration in London, which could ultimately lead to the end Scotland’s 314-year union with England and Wales.


The nationalists argue that they have democratic authority on their side; the British government say the law is with them. It is likely the final decision on a referendum will be settled by the courts.

Scots voted to remain part of the United Kingdom by 55% to 45% in 2014. Polls suggest the outcome of a second referendum would be too tight to call.

Supporters of the union argue that without an SNP majority, there is no mandate for a referendum, while Johnson has said it is wrong to focus on independence rather than the recovery from the COVID-19 pandemic.

“I think a referendum in the current context is irresponsible and reckless,” he told the Daily Telegraph newspaper.

This advertisement has not loaded yet, but your article continues below.
Article content
Scottish politics has been diverging from other parts of the United Kingdom for some time, but Scots remain split over holding another vote on whether to end their country’s 314-year union with England and Wales.


Britain’s exit from the EU – opposed by a majority of Scots – as well as a perception that Sturgeon’s government has handled the COVID-19 crisis well, and antipathy to Johnson’s Conservative government in London, have bolstered support for Scotland’s independence movement.

Sturgeon, who has said she will only hold a referendum after the coronavirus pandemic is over, has ruled out holding an illegal or wildcat plebiscite. She said it would be for the UK government to mount a legal challenge to block the vote.

“If Boris Johnson or whoever is Prime Minister at the time, has any respect for Scottish democracy, they will come together with the Scottish Government as happened in the run up to 2014 and agree (to allow a referendum),” said Sturgeon, adding it would be for the UK government to make a legal challenge.

“The absurdity and outrageous nature of a Westminster Government, potentially going to court to overturn Scottish democracy, I can’t think of a more colorful argument for Scottish independence than that myself,” she said.

The SNP will find it harder to get an IndyRef2 after failing to win an outright majority: