After last night's presidential debate, a Mexican journalist immediately filed a live video event, to respond to the deadly lies of Joe Biden.
Oscar 'El Blue' Ramirez is a Mexican journalist, based in Tijuana. He gives an excellent breakdown of the U.N. compact that Joe Biden & Barack Obama signed. That compact led to a massive influx of child trafficking and over 20,000 children in cages during the Obama administration.
El Blue gives a first hand witness to the Coyote network of organized crime in human trafficking of children. He describes a massive black market industry that Obama/Biden created by signing the UN Global Compact of open borders.
The fake families that resulted from the compact are a result of the poorly designed text with loopholes wide enough to build concentration camps within.
El Blue says 72,000 trafficked kids have been rescued during the Donald Trump administration because of efforts to determine if the child was actually a biological offspring of the so-called 'parent' who paid coyotes for the use of the child.

El Blue also asserts that Antifa is involved in the trafficking syndicate. Trump's effective shutdown of the global human trafficking has crushed the 'cash cow' of international trafficking.
Coyotes are losing enslaved children when DNA tests verify whose child the youth actually is. Kids from deep in South America are now miraculously returned to parents as a result.
Coyotes have used those same kids over & over again, as an anchor to keep an illegal alien in the USA long enough to disappear in the interior of the US. That's when the child is collected by the coyotes and looped back to the border regions of Mexico, to be recycled into another fake family and sent again, through the US/Mexican border.
The rapes and tortures are rampant because the child is purchased property... well, okay; rented property. And these children live in perpetual fear because of the global presence of the black market human trafficking syndicates, even in the USA.

He does a commentary video in the article pretty informative
Reactions: Danbones

The liberals blamed that on Trump, completely unaware that it was Obama's doing.
Reactions: Danbones and Twin_Moose
S

Twin_Moose said:
But Canada went straight to the right though 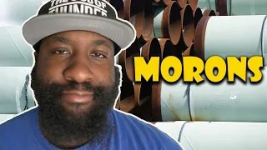 Impeach Donald Trump a second time, alleging he incited the Capitol riots. Blast out COVID-19 vaccines, and pass another stimulus. Impose climate policies. And raise the minimum wage nationally to $15 an hour.

Just a few short weeks into Joe Biden's presidency, those liberal ambitions have crashed into stark economic and political realities as Trump's trial readies to open Tuesday in the Senate.

Richard Trumka, the head of the AFL-CIO that spent millions to get Biden elected, excoriated the new president's climate policies this past weekend for erasing thousands of well-paying union jobs with the shutdown of the Keystone pipeline from Canada.

Gas prices, which hit the working class hard, are showing signs of creeping up.

A new poll by Just the News added to the red flags Monday, showing a solid majority of Americans believed raising the minimum wage would be a job killer.

Twenty days into his presidency, Biden's purported hopes for a bipartisan COVID stimulus bill foundered for lack of Republican buy-in. And now even some Democrats, like former Treasury Secretary Larry Summers, are questioning whether the current $1.9 trillion price tag is too much.

Current Treasury Secretary Janet Yellen also warned that inflation may soon rear its ugly head with all of the government's deficit spending, saying it was a "risk" of the Biden stimulus plan. ......More
Reactions: B00Mer, Mowich and Danbones

Current Treasury Secretary Janet Yellen also warned that inflation may soon rear its ugly head with all of the government's deficit spending, saying it was a "risk" of the Biden stimulus plan
Click to expand...

Give that woman a hearty cookie with extra peanuts.

When she figure out that inflation is the only way out of debt for the Treasury and will suck the pensions and real assets teat dry she can have a brownie with extra walnuts. 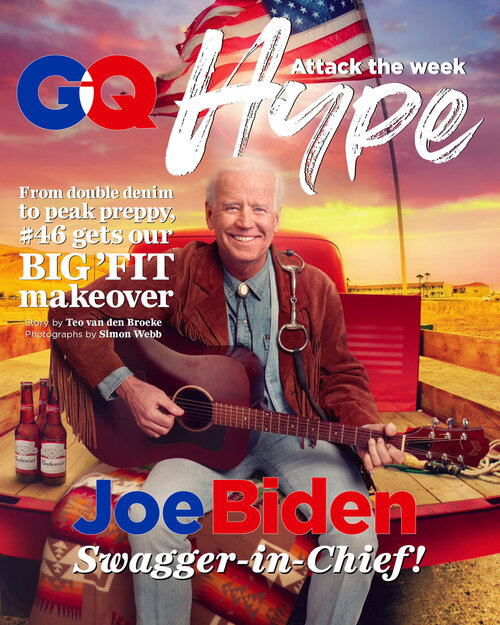 Jinentonix said:
And that's what happens when people vote AGAINST someone/something instead of FOR someone/something. There are 3 major unions in the US that supported Biden's bid for Office who are now whining about the KXL cancellation. Clearly their anti-Trump dementia was so raging they didn't even hear Biden say he was scrapping the KXL if he was elected. Nothing like idiotic partisan "thinking" where ideology is far more important than truth, facts, or common sense.
Click to expand...

Much like the Steelworkers in BC who supported the NDPee, which is opposed to old growth logging. Go figure.
Reactions: Twin_Moose

This came from a Marine's wife. It says it all:

I sat, as did millions of other Americans, and watched as the government
Under went a peaceful transition of power yesterday..

At first, I felt a swell of pride and patriotism while Joe Biden took his Oath of Office.

However, all that pride quickly vanished as I later watched 21Marines, In full dress uniform with rifles, Fire a 21-gun salute to the President.

It was then that I realized how far America 's military had deteriorated.

Every one of them missed the bastard
Reactions: Jinentonix, Danbones, Twin_Moose and 1 other person

Interesting coming from the Boston Herald


https://twitter.com/i/web/status/1359993460229603329
Is there even one half-sane Democrat that will stand up and denounce the fiscal atrocity of President Joe Biden’s $1.9 trillion spending bill? Is there not one single patriotic Democrat in the entire country who will speak out? The silence is deafening.

The House Democrats are now rallying behind a budget resolution that calls for a $6.1 trillion single-year budget. When I first came to Washington in 1985, President Ronald Reagan passed the first $1 trillion budget bill. We were all aghast. Now, we are spending six times that amount, and no one blinks an eye.

Even worse, the Biden budget plan would authorize just under $4 trillion of borrowing in one single year. That is more debt than was allowed, adjusting for inflation, to finance the Revolutionary War, the Civil War, the Great Depression, World War I and World War II.

The Democrats plan to use “reconciliation” instructions, which allow the Senate to pass spending and tax bills with only 51 votes in the Senate. They don’t need a single Republican vote. Call it the “unity” budget. Sen. Bernie Sanders said Democrats have earned the right to bankrupt the country because Republicans do it.

This bill has very little to do with coronavirus relief. Pelosi has inserted the $15 minimum wage, a $400 billion blue-state bailout to fund leaky government pension programs in states such as California and Illinois, and $130 billion for school funding, even though schools have been closed for 10 months. There is also a $400 per week bonus unemployment benefit that will pay most unemployed workers more money to stay home than go back to work and, of course, billions for the New York subway paid for people by living in Nebraska.

We are told this is “urgent” to stave off an economic “crisis.” Wait. Congress had already authorized $3.7 trillion in spending in five previous bills last year. The House Budget Republicans reported that there is still $1 trillion of unspent money from those bills. What ever happened to eating your dinner before you get your dessert?

One reason for the mad rush is that Democrats fear the crisis is disappearing right before our eyes. Coronavirus cases and deaths have plunged by more than one-third in the last three weeks, and the vaccine is getting injected into 1 million arms a day, thanks to former President Donald Trump’s Operation Warp Speed program. As for the economy, the Wall Street Journal reported that the housing market is red-hot, with prices up 12% over last year. The manufacturing index has hit a five-year high. Unemployment claims are falling, and there are 6.5 million open jobs in America. The stock market has surged to new all-time highs, and in the last quarter, private sector GDP was up a bullish 4.3%.

Does this sound like a crisis? Perhaps in blue-state America, where governors such as Andrew Cuomo of New York and J.B. Pritzker of Illinois have foolishly shuttered their businesses and schools. But the solution to getting back to the rapid growth of the first three Trump years is to open up the state economies and speed up vaccine distributions.

Those solutions cost almost nothing. Instead, Biden insists that the lesson he learned from the failed $830 billion “shovel ready” bill back in 2009 was, “We spent too little.” So, he’s doubling down. Don’t worry about the children and the grandchildren, who will be saddled with the Chinese and Saudi debt repayment. The New Republic recently advised Biden to “spend like crazy.”

So, “crazy” is what we are getting. Crazy like driving 80 miles per hour down the highway drunk and wearing a blindfold. So, I repeat: Will some Democrat somewhere please stand up and tell the drunk-with-power Democrats to stop?

I am terrified the answer is no.
Reactions: Danbones and Mowich

Just wait till hunter finds out!
Reactions: B00Mer and Twin_Moose

Who cares, China will own them.. well they do now.. the country is a joke.

From the wonderful Sky News Australia...

No Longer Home Of Free (Speech) BRING BACK TRUMP​ 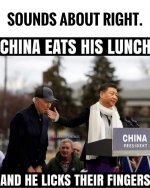 Gullible liberals realise their mistake in voting for Biden...