No teleprompter available to answer the question!!
Reactions: petros, 55Mercury and Twin_Moose

MUST SEE… COMPARE AND CONTRAST: Which Candidate Won the 2020 Election? – Independence Day Edition​ 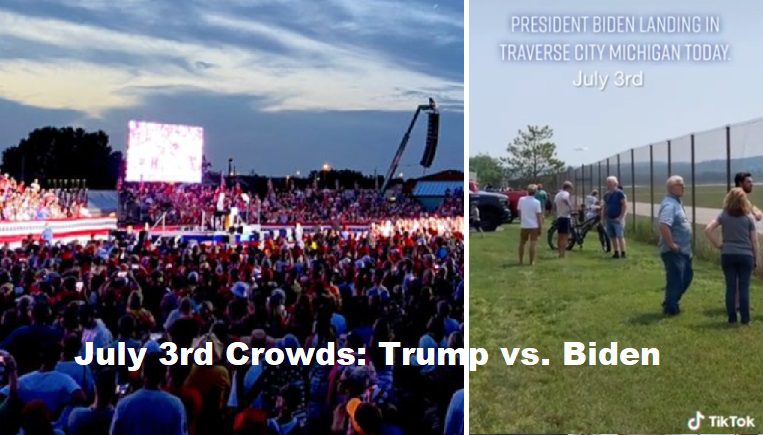 One of these candidates received over 75 million votes in the 2020 election.
They tell us the other one had 81 million votes!

On Saturday Joe Biden traveled to Antrim County Michigan.
About 30 people turned out to see him.

President Trump traveled to Sarasota, Florida.
Over 45,000 came out to see him in a rainstorm and another 375,000 watched his live speech on RSBN Rumble.

Hard to imagine biden winning with scenes like that huh?

Politicians have always been known to kiss babies......
Biden just likes them prepubescent and female,,,,,,
He sure has that dirty old man look!
Last edited: Jul 4, 2021
Reactions: Twin_Moose 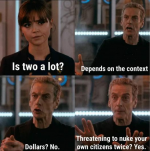 By JAMES GORDON FOR DAILYMAIL.COM

Will anyone believe this will do anything to deter censorship when he has several advisors from big Tech. in his administration.

The 72-point order will involve over a dozen federal agencies.
Reactions: taxslave 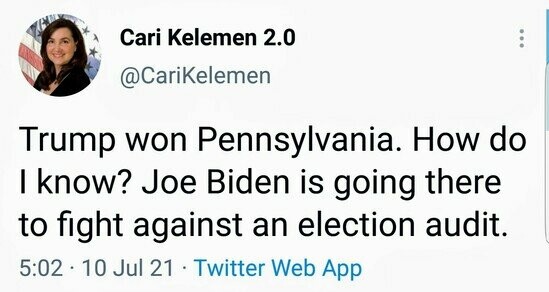 Peter Schweizer: Our Copy of Hunter Biden’s Laptop Confirms ‘Joe Biden Was a Direct Beneficiary’ of His Son’s Deals​

Peter Schweizer, president of the Government Accountability Institute (GAI), said on Monday that his organization had confirmed that President Joe Biden “was a direct beneficiary” of Hunter Biden’s financial deals with foreign interests.

“We do have a copy, by the way, here at GAI of [Hunter Biden’s] laptop and all the files,” Schweizer said on the Sean Hannity Show. “It confirms that Joe Biden was a direct beneficiary.”......More
Reactions: petros and taxslave

Hunter is what is know as a "bagman".

What does bagman mean in slang?

slang, mainly US. a person who collects or distributes money for racketeers.
Reactions: Twin_Moose and DaSleeper

No wonder there is no push back from the Unions overseeing Keystone XL, one of the heads got caught in a Biden payoff


Trumka Jr is the son of Richard Trumka, who is president of the 12.5-million-member AFL-CIO
Reactions: petros

Twin_Moose said:
No wonder there is no push back from the Unions overseeing Keystone XL, one of the heads got caught in a Biden payoff


Trumka Jr is the son of Richard Trumka, who is president of the 12.5-million-member AFL-CIO
Click to expand...

10% to the Big Guy .
Reactions: Twin_Moose and petros

Joe Biden on Tuesday traveled to Philadelphia in a panic after PA Senator Doug Mastriano initiated a full forensic audit in several counties.

Trump won Pennsylvania in a massive landslide on Election Day but the crooked Democrat elections officials stopped counting votes and refused to declare Trump the winner.

Democrat officials in Pittsburgh and Philadelphia counted more than 1.5 million ballots in secret, handing Biden a ‘win’ two weeks after the election.

Biden is terrified over the idea of a forensic audit so he delivered the most dishonest and divisive speech yet on Tuesday.

Joe Biden lashed out at Republican-led legislatures for passing voter integrity laws and painted his opponents as terrorists.

Then Biden implied that Trump supporters are worse than slave-owning (Democrat) Confederates.

“We are facing the most significant test of our democracy since the Civil War. That’s not hyperbole…The Confederates back then never breached the Capitol as insurrectionists did,” Biden said.

I wonder why the Biden administration would be turning away Cuban refugees while they are accepting Central American refugees? Would it be they overwhelmingly voted Trump in the '20 election and against socialism?

Amazon .com will be in trouble
Reactions: petros and Twin_Moose

This is why Hunter's business affairs matter JLM

Emails on laptop seized by FBI show State Department information flowing from VP to son regarding release of American prisoner.