Durry said:
Coal from Montana and Wyoming is shipped into Canada to shipping ports in lower BC for transport to Asian countries, all we have to do is to stop this transport train and this will put a lot of people outta work in Montana and Wyoming. This will get Biden’s attention.
Click to expand...

Those are solidly Republican states. Why would Biden care what happened to them?
Reactions: Ron in Regina and B00Mer

Durry said:
Yeah, there are probably a number of ways we could present small roadblocks to the US, non of which would be real attention grabbers, so in the end are we going to be any further ahead.
Click to expand...

Well, if they decided to shut down the auto plants in Ontario for lack of energy, the plants in Michigan would soon have to close for lack of parts. They're very intermingled in their supplies and parts organizations.
Reactions: taxslave and B00Mer

Vbeacher said:
Well, if they decided to shut down the auto plants in Ontario for lack of energy, the plants in Michigan would soon have to close for lack of parts. They're very intermingled in their supplies and parts organizations.
Click to expand...

You think Stronach isn’t building plants south of the border ?

Of course he is, and if he isn’t building yet, he has all the plans laid out to start building the moment he realizes his new plants will have customers (and cash flow) the moment he opens the door.
Reactions: taxslave

There are plants in all three countries, but they mostly make parts for other plants, and the parts go back and forth across the border every day.

Mexico over took Canada as the USA’s largest trading partner.. pushing out Canada.. 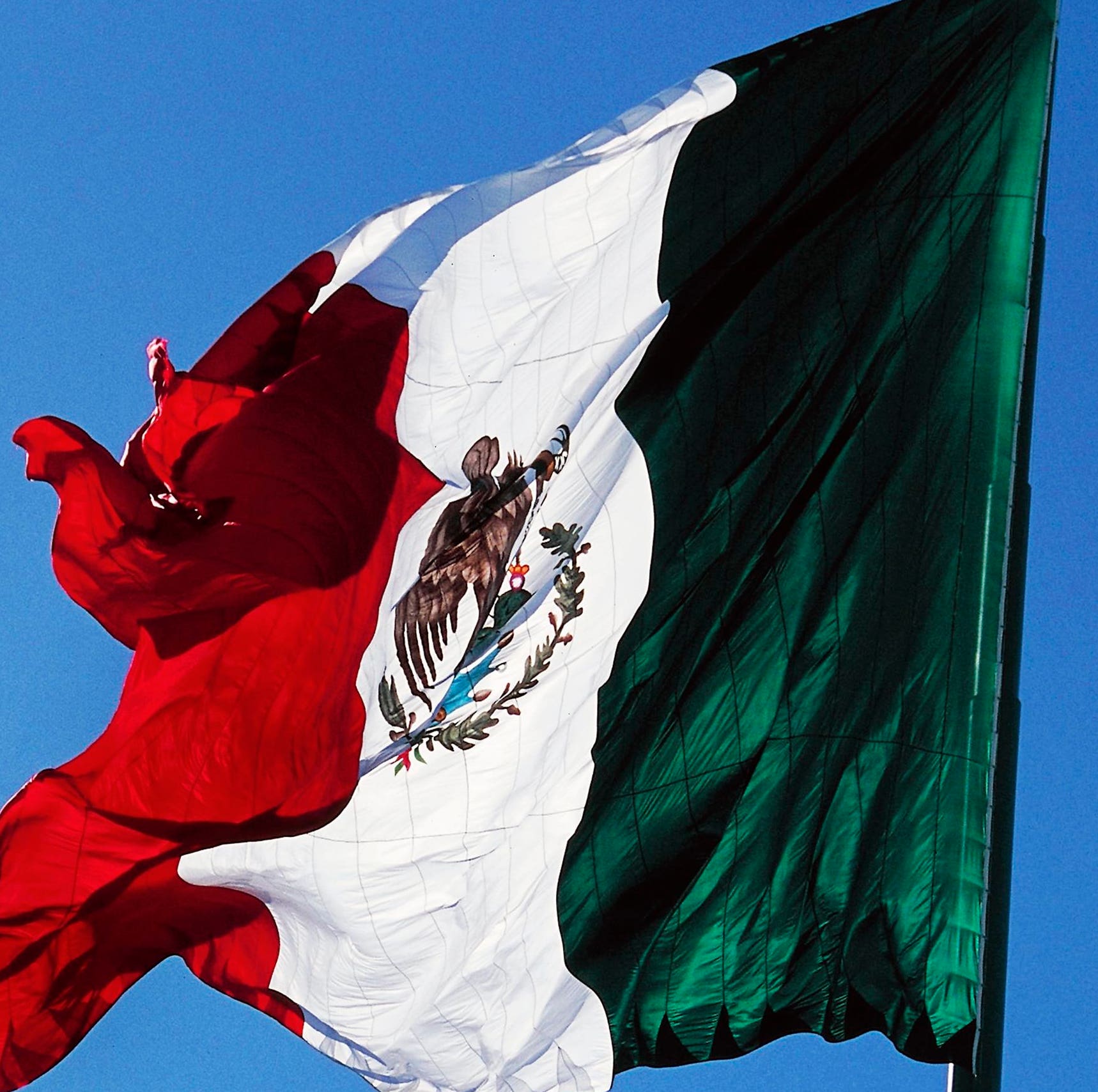 Mexico is the top U. S. trade partner for the first time, according to U. S. Census data released this morning.

Then again, Canada with it’s 3rd world infrastructure.. and government restraints on Oil and Gas..

Mexico has some of the best highways in North America and is pushing its oil and gas to the USA..

To start off BC should get rid of the Ferry system to Vancouver Island and replace it with a tunnel..

B00Mer said:
To start off BC should get rid of the Ferry system to Vancouver Island and replace it with a tunnel..

Can't. It would cross a fault line.
Reactions: taxslave

petros said:
Can't. It would cross a fault line.
Click to expand...

Did you watch the video?

Tecumsehsbones said:
Could be. I'm certainly disappointed in Biden. (Course, I never liked him much in the first place. I was voting against, not voting for.)

Chances are he won't be running in 2024. He should take this opportunity to dramatically re-align our foreign policy priorities, strengthening military, diplomatic, and commercial/economic ties with what we used to call the First World (Canada, Western Europe, Oceania, Japan, Taiwan, and South Korea), wooing India and Mexico, and making it crystal clear to the Middle East, Latin America, Southeast Asia, and Africa that access to the aid, money, tech, and other goodies of our alliance depends on visible progress on human rights and consistently playing nice with the First World.

He doesn't need to (or shouldn't) worry about being re-elected.
Click to expand...

This Thread has been quiet for quite some time, so in the spirit of getting it back on track:

Last week, as U.S. gas and home heating prices hit new highs and his approval ratings new lows, President Biden decided to play the blame game. He asked the head of the Federal Trade Commission to investigate whether oil companies have been illegally increasing prices. But there’s no mystery as to why energy prices are up. The president need look no farther than his own White House.

On the very first day of his presidency, Biden vetoed the Keystone XL pipeline, which would have transported an addition 830,000 barrels per day (bpd) of oil to refineries on the Gulf coast, further reducing America’s dependence on riskier imports.

Canada is still the number one source of oil imports to the U.S. But Keystone XL would have guaranteed several more decades of energy security and affordability. The oilsands are the third largest proven oil reserves in the world, and, unlike with conventional oil wells, their production rates do not decline over time.

Canada is an old and reliable ally of the United States. In terms of energy supply, if the choice is OPEC, Russia or us, the choice should be obvious. As a former Montana governor said, “You don’t have to send the national guard to Alberta.” 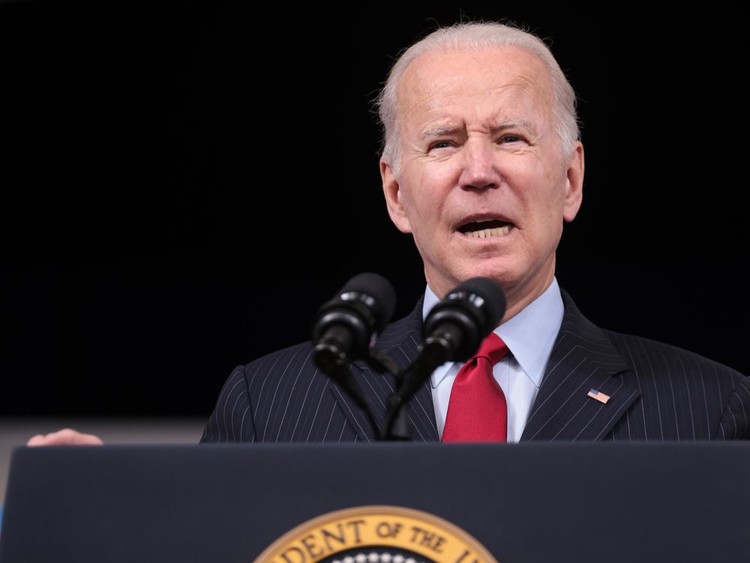 The Biden administration’s message to America’s energy sector was clear: You are now a sunset industry

Anyway, more at the above LINK, but:

Fast forward to July: with gas prices spiking, the president publicly asked OPEC to increase its output, in hopes of offsetting growing demand as the U.S. and other economies recover from COVID. OPEC predictably ignored him.

The higher oil prices rise, the happier its members are.

But why would a president want to increase Americans’ energy dependency on the most politically unstable region in the world? Many of his advisers may have been in diapers but Mr. Biden was a senator in the 1970s, when OPEC embargoes tripled the global price of oil not once but twice.

Then in August Biden handed over Afghanistan to the Taliban, sworn enemy of the West in general and the U.S. in particular. The U.S. withdrawal gives radical Islamic movements another safe base from which to wage “holy war” against Israel and the West. It also leaves them state-of-the-art military equipment that can and will be used to destabilize Iraq, Kuwait, UAE and Saudi Arabia — that is, the very core of OPEC. Despite the Abraham Accords, the Middle East seems likely to remain politically unstable and hostile to U.S. interests.

Is this really the region Americans want to depend on for energy security and affordability?

Which brings us to the recent COP26 climate change meetings in Glasgow, where the president proudly announced that high energy prices are not “a reason to back off our clean energy goals” but rather “a call to action … [and] only reinforce the urgent need to diversify sources.” But now, less than a week after claiming the mantle of climate change leadership, he has ordered the release of oil from America’s Strategic Petroleum Reserve to bring down the price of gasoline?

As domestic production stagnates and then declines, the U.S. will become more dependent on imported oil. Unless Washington reverses direction on new oil pipelines from Canada — such as Keystone — this means more dependence on OPEC.

So, on that happy note, where are “we” (North America that is) on the whole Line 5 thing that’s taken a backseat in the news as of late?
Reactions: taxslave, Twin_Moose and petros 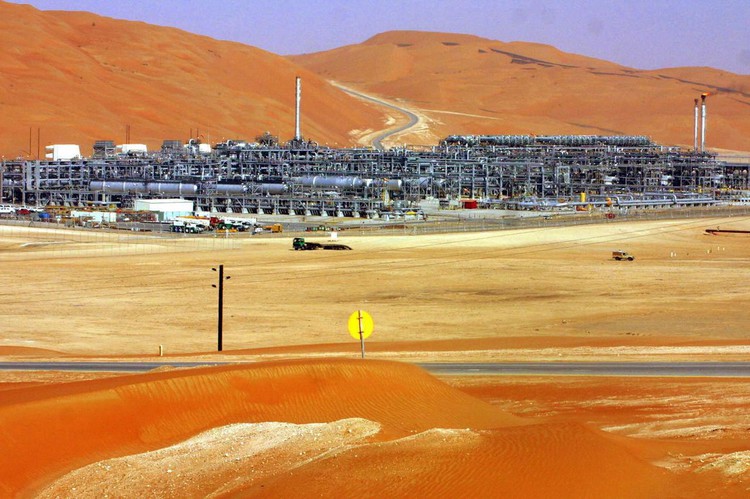 Oil prices remained stuck around the $80-a barrel mark Thursday as a decision by the U.S. administration to release up to 50 million barrels of strategic reserves in a bid to push down gas prices faltered. And some officials from Organization of the Petroleum Exporting Countries (OPEC) warned...

But why would a president want to increase Americans’ energy dependency on the most politically unstable region in the world?
Click to expand...

Well, if humans (and especially politicians) were any good at planning, it would make sense to use their oil and save our oil for when their oil isn't available.

However, in this case it ain't Biden. This ain't Canada and hereabouts corporations get their supplies wherever they want (which translates to "wherever's cheapest).
Reactions: taxslave and Ron in Regina

Not necessarily cheapest. It's the byproducts in highest demand sourced from specific grades of oil.
Reactions: Ron in Regina and Twin_Moose

petros said:
Not necessarily cheapest. It's the byproducts in highest demand sourced from specific grades of oil.
Click to expand...

Cheapest in terms of money spent vs. money made.

"It's like playing cards with my brother's kids!"
Johnny Tyler, Tombstone
Reactions: Ron in Regina

Tecumsehsbones said:
Cheapest in terms of money spent vs. money made.

You're getting there.
Reactions: Twin_Moose

Tecumsehsbones said:
Well, if humans (and especially politicians) were any good at planning, it would make sense to use their oil and save our oil for when their oil isn't available.

However, in this case it ain't Biden. This ain't Canada and hereabouts corporations get their supplies wherever they want (which translates to "wherever's cheapest).
Click to expand...

I hear you, & for an analogy, if the Chinese Gov’t 5G Hauwei tech was the ‘cheapest’ for private US telecom companies would security be a concern for the US Gov’t surrounding the 5G tech?

Ron in Regina said:
I hear you, & for an analogy, if the Chinese Gov’t 5G Hauwei tech was the ‘cheapest’ for private US telecom companies would security be a concern for the US Gov’t surrounding the 5G tech?

Maybe I’m missing something but it’s the way I’m seeing this scenario.
Click to expand...

Yes, it would. And since telecommunications is licensed in the U.S. the communications authority (FCC) banned or regulated Chinese tech and service providers.

B00Mer said:
To start off BC should get rid of the Ferry system to Vancouver Island and replace it with a tunnel..

No chance. We already have too much Riffraff coming here. A tunnel would make Nanaimo another bedroom community for Hongcouver in no time flat.

Ron in Regina said:
Here’s old news before Biden wades in. The same Biden that’s begging Saudi Arabia to open the taps, but he owns the Michigan Governor a woke favour:

Without this pipeline, Ontario would be about 45-per-cent short of the crude oil it requires, according to Enbridge Inc. Line 5′s supply is used, among other things, to produce gasoline and diesel for Ontario as well as 100 per cent of the jet fuel used at Pearson International Airport.

The pipeline from Michigan is also a critical source of supply for the Line 9 pipeline that runs from Ontario to Quebec and provides 40 per cent to 50 per cent of the crude oil that is used by Quebec refineries to make gasoline and other fuels.

Mr. Henry said a shutdown could cause significant layoffs of refinery jobs in Sarnia, Ont., and would also be a blow to Western Canadian crude producers. “It would not only hurt Alberta, but Saskatchewan would find it very challenging to transport its crude.”

Analysts say a shutdown would force Ontario and Quebec to find other sources of crude oil for refining and import this petroleum by rail or truck or ship – a potentially more dangerous and environmentally damaging method of transport. Oh well, it’s not like Trudeau banned shipping of oil off the East coast of Canada ‘cuz Tofino is on the West Coast. Be grateful the surfing in eastern Canada isn’t better I guess.
Click to expand...

You have to understand where Biden is coming form. He's a Marxist, Globalist and feels that NO ONE country should be using fossil fuels (well except the Arabs & Venezuelan's I guess). So if it buggers up Eastern Canada he's happy because that's exactly what he wants to do.

Plus, I'm sure, other than having Soros funded extremists hold up rail lines in Western Canada, they'll do his bidding as well. As for Trudeau - he'll do SFA!! He's cool with whatever happens as long as it doesn't affect him.
You must log in or register to reply here.
Top Bottom