Hey, when I saw this headline, I was completely shocked. It looks like something from Simcity2000 (you know those stupid and useless artciles)...


By SAHM ADRANGI and COLIN FREEZE
From Thursday's Globe and Mail


Toronto — Police say a Toronto mother became so enraged after the Children's Aid Society took custody of her four children that, within minutes, she grabbed a machete and chopped off the hands of a neighbour who she believed had called in complaints against her.

A 38-year-old woman was charged last night with aggravated assault. Her neighbour, Madeliene Monast, 44, was in hospital. Doctors were looking at whether they could reattach her hands.

Both women live in a housing project in Scarborough, on Toronto's eastern edge; police and residents say the two, both single mothers with several teenaged children, had long been at odds with each other. The attack took place inside Ms. Monast's home.

"That's my sister's house. That's my sister that she did it to," cried 49-year-old Dawn Irwin, breaking into tears after recognizing the house cordoned off by police. She'd heard about the attack on television, but only after arriving at the crime scene could she confirm that the victim was in fact her sister.

"She begged and begged them to do something," the woman wept, apparently in reference to her sister calling the CAS. "Now she's got no hands."

The police and CAS workers led the children away, leaving the mother behind. They were not far from the home when panicked neighbours in the housing compound began shouting for them to return.

"Police did not witness the attack but were in the area. The kids did not see it either," Det. Vanderheyden said.

Police went to Ms. Monast's house where they found her bleeding with her hands severed. They arrested the children's mother at the scene.

The detective said only minutes had elapsed from the time the children were led away until the attack occurred. "It's freaky. It's a nasty assault," he said.

Last night, blood spatters remained on the screen door and outside wall.

One neighbour in the townhouse complex described the victim as "very nice" and "peaceful."

"If little kids would argue she would try to come and solve it," said Ubah Aganeh, who lives across from the children's home. "A lot of people respected her; she was very friendly. . . . It's crazy to see someone do that to her."

Det. Vanderheyden said tension between the neighbours had long been simmering over how to raise their children.

The victim's sister had only harsh words last night to describe the neighbour alleged to be the attacker.

"She has kept her kids out of school for months," she said. "When she lost her husband, that's when it all started.

"This woman better get what she deserves," she said.

The woman was being held in a Scarborough police station, charged with aggravated assault and failing to appear to answer a previous assault charge. She cannot be named in order to protect the identities of her children.

Late last night, hospital officials would not say how the injured woman's surgery had gone. The CAS made no comment.

Union officials say that case workers' interest in safety issues is growing. "Certainly violence has been a concern of ours for quite a number of years, " said Valerie Hartling, a union leader for the local that represents Toronto CAS workers. "Is it getting worse? I couldn't say."

She said interest in safety issues has "skyrocketed" in recent years, and that case workers and supervisors make plans for "double-teaming" where they're concerned. Police are also called when necessary.

Thats messed up.. what a stupid lady.. guess who's not going to be getting her kids back at all now.. geez..

Hey! It's Scarboro, what do you expect! And its the projects (shudders)
G

Yah dawg I figgured as much dawg.

You gonna lookz at me that way I'm gonna punk yo azz.

All kidding aside I hope they can reattach the woman's hands because that psycho is just as crazy as that moron down south!

I cant disagree with you there... However, they should just fucking TEAR DOWN THOSE SHITPITS!

On another note: Any more word on the status of the idea of tearing down Regent Park? Man! That place is disgusting, take a look: 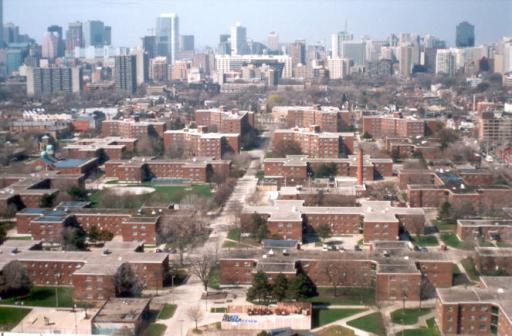 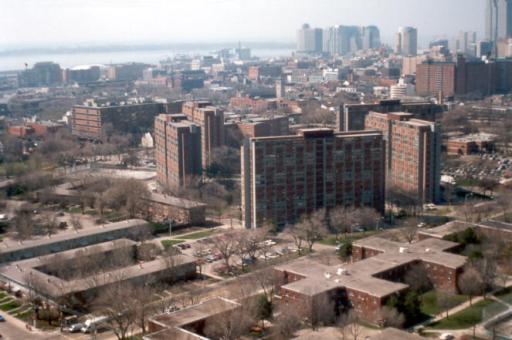 by the way, if you think those pictures are scary, make sure not to go anywhere near Parliament Street in Toronto.. I sure as hell don't!
G

Yah prolly the avg crack park..... Heck good thing I don't live in TO its not that bad in MTL

Well when you have a govt that somewhat doesn't give a shit about the poor you're gonna get americans and drivebys and shit like that.

Ah well the woman is probably so stupid she'll be like why ain't I gettin mah kids back.

BTW, Montréal has housing projects just like Toronto... and it's just as bad!
G

Toronto has much more violence than montreal in a year!

What about those random shootings from a while back we don't have that problem...

Bah! Toronto just rocks and you don't want to admit it... However, I just wanna get out of here and move to some remote location (not including northern Ontario IE. Barrie, Orillia, Collingwood, VR LAND! ROFL).

bah I went to TO and it was too american for me. Its kinda like NYC with the hood integrated into it.

Atleast our cities ain't being burned down by rioters
You must log in or register to reply here.
Top Bottom