One to keep an eye on is the upcoming by-election in the Ft. McMurray - Lac La Biche riding in northeren Alberta taking place this Tuesday. The seat has been empty since UCP MLA Laila Goodridge resigned to successfully run as a CPC Candidate in the last federal election. Ms. Goodridge held the Ft Mac seat since former MLA and then Wildrose Party leader Brian Jean resigned to run against Jason Kenney for leadership of the newly formed UCP, the result of a merger between the Wildrose Party and the Alberta Progressive Conservatives. On the slate Tuesday will be Brian Jean, who has made clear his intention to unseat Kenney as leader of the UCP, two-time also-ran NDP candidate Ariana Mancini who placed respectable second against both Jean and Goodridge in the two past Ft Mac by-elections, and long-time Alberta conservative politician Paul Hinman, now running under the banner of the Wildrose Independence Party, a party formed in 2020 through the merger of Wexit Alberta and the Freedom Conservative Party and unaffiliated with past parties bearing the "Wildrose" name.

Given his history, Kenney's current lack of popularity, and the obvious "home court" advantage, I'm thinking that Brian Jean is a shoo-in come Tuesday, but how far behind him the other contenders come in will be a telling barometer of the prevailing provincial sentiment, particularly when it comes to the NDP and far-right WIP parties. There is still lingering bad blood between Jean and Kenny over some questionable tactics on Kenney's part during the 2017 UCP leadership contest. A considerable part of Jean's supporting base in the Ft Mac -Lac La Biche riding could be looking for some pay-back.

Isn’t there a provincial election on the horizon in Alberta ?

I don’t think Brian Jean can unseat Kenney, Jean just does not have what it takes to be an effective leader. He might be a good guy but he’s really not a ball of fire to be able rally a lot of conservatives to support him.

pgs said:
Isn’t there a provincial election on the horizon in Alberta ?
Click to expand...

Durry said:
I don’t think Brian Jean can unseat Kenney, Jean just does not have what it takes to be an effective leader. He might be a good guy but he’s really not a ball of fire to be able rally a lot of conservatives to support him.
Click to expand...

It will be an interesting race to be sure. There have been loud murmurings from within the party of giving Kenney the heave-ho for some time now, and the NDP have been polling ahead of the UPC for a year now. Canadian voters can be a fickle bunch, we don't so much elect new people as we tend to fire the old ones. When things in general are not perceived as "doing well" people will voter for change just for the sake of change.
Reactions: Durry

If Hinman and the WIP gain any traction they will run a chance of splitting the voter and putting the NDP in power, just like the Progressive Conservatives and Wildrose Party did in 2015.
Reactions: Durry

"Unfortunately for Premier Jason Kenney, Brian Jean has been elected the UCP MLA for Fort McMurray-Lac La Biche with a 63.6 per cent victory as of Tuesday evening. Now a sworn enemy of the premier will take his seat in the Alberta legislature just in time for an April 9 leadership review of Kenney in Red Deer.

Jean is confident Kenney’s career will not survive the review. He still needs to win a leadership race if that happens, but for now, Jean is in high spirits as he calls a leadership race for the party “inevitable.”

“This is not about an election as an MLA, this is about so much more. This is about the future of Alberta,” said Jean in a victory speech to supporters at his Fort McMurray campaign office.

“We are going to be facing an election with a more powerful NDP than we have ever seen before here in Alberta. Are you worried? I’m worried, I’m very worried,” he said. “In order to have a chance to win the next election in 2023 against the NDP, we have to renew the UCP.”"


The results of the by-election put Brian Jean in place with a comfortable 64% of voter support. This was to be expected, Jean enjoys considerable popularity in the area having held different seats there over the years. But also of note is the NDP candidates second place finish with 19% of the remaining vote. Paul Hinman of the Wildrose Independence Party followed up with 11% alond with a collection of also-rans.

Jean wasted no time setting his sights on Jason Kenney and the upcoming UCP leadership review in a little over three weeks time. We will most certainly see a significantly stepped up level of activity from the Premier's office as he attempts to drum up support from provincial voters in an effort to show party members that he is capable of leading the party to victory over the NDP in next year's provincial election. 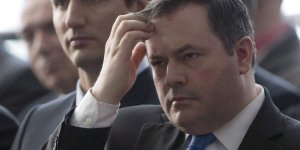 Any man wgo thinks he's important enough to change the rules whenever his leadership is threatened, needs to go.
Reactions: Nick Danger

That man is a crook, always has been.

Nick Danger said:
That man is a crook, always has been.
Click to expand...

Nature of the beast, bro. I'll grant you he may be worse'n some, I ain't clued-up enough to know.

Tecumsehsbones said:
Nature of the beast, bro. I'll grant you he may be worse'n some, I ain't clued-up enough to know.
Click to expand...

He's a special case for sure. 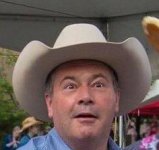