A former Wales player before the match said that England have the strongest squad at this tournament.

It just comes down to whether manager Southgate will use his squad wisely - starting the players that need to be started, bringing on the required substitutions and when necessary, his formations and tactics.

Having the world's best team doesn't mean much when your manager doesn't let it fulfill its potential.

Rule Brittania!
Brittania rules the grass
The sons of England ever
Shall kick ass

Tecumsehsbones said:
Rule Brittania!
Brittania rules the grass
The sons of England ever
Shall kick ass
Click to expand... 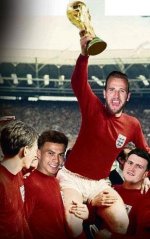 Spain and Germany knew they would qualify if they beat Japan and Costa Rica respectively. Most people probably thought it was a foregone conclusion that that would happen. However, Japan had other ideas. Germany did beat Costa Rica 4-2 but Japan - who had already beaten Germany - beat Spain 2-1! This means that Japan are group winners, Spain qualify as runners-up and Germany are out!

Japan have beaten Germany and Spain. Can they win the World Cup? 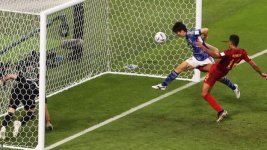 Meanwhile, Belgium - the world's No2 ranked team after Brazil - are also out after drawing 0-0 with Croatia.

England, Brazil and France are looking very good - France lost 1-0 to Tunisia but fielded a weakened side having already qualified for the Last 16. One of those three will win it.

Japan shock Spain to win the group, with Spain runners-up

Germany beat Costa Rica but are knocked out of the tournament

Even the mighty five-time winners Brazil lose against underdogs, but the world's No1 ranked side still go into the Last 16 as group winners while Cameroon exit the tournament. Before this match Brazil had not had a shot on their goal in this World Cup. Cameroon's goalscorer was sent off for his celebrations

Yet another shock defeat in this World Cup. However, both teams qualify for the Last 16 with Portugal the group winners

The Last 16 gets underway today. From now on, if you lose you're out...

Blackleaf said:
The Last 16 gets underway today. From now on, if you lose you're out...

Lots of upset powerhouses in preliminary round .

pgs said:
Lots of upset powerhouses in preliminary round .
Click to expand...

This tournament is wide open.

The World Champions will play either England or Senegal in the Quarter Finals.

Interesting fact about Senegal: it's the westernmost country in the Old World (the New World being the Americas).

Ten minutes played. An England player in possession just stood still and pointed down at the ball. Turned out the ball had burst. That's nothing something you see often.

Blackleaf said:
Ten minutes played. An England player in possession just stood still and pointed down at the ball. Turned out the ball had burst. That's nothing something you see often.
Click to expand...

i guess thats the way the ball bounces.

As things stand it's England Vs France in the Quarter Final on Saturday.

spaminator said:
i guess thats the way the ball bounces.

It actually didn't bounce much.

This tournament's top scorer Saka makes it 3-0 to England.

Amazingly, England have yet to receive any yellow or red cards in this World Cup.
You must log in or register to reply here.
Top Bottom