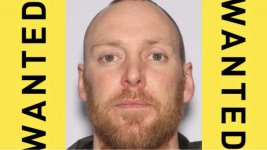 Someone on another forum called the Piper PA-28 Cherokee the 'Dodge Neon' of aircraft.
Reactions: taxslave


The woman, who asked not to be identified because she was afraid for her safety, said she spoke with pilot Abhinav Handa at the Boundary Bay Airport in Delta, B.C., before his plane took off on the cross-country trip in late April.

Handa told her he was carrying three passengers and had been planning the journey for at least a week, she said, although he only confirmed the date of the flight the day before departure.

“They were a little overloaded and they were trying to reduce their weight,” the woman told The Canadian Press.

The woman did not see the three passengers and she said she and Handa also talked about weather conditions.

The Combined Forces Special Enforcement Unit, which is British Columbia’s anti-gang unit, has identified Lahrkamp as one of two men wanted in Thailand for murdering another man with links to B.C. gangs.

A man with the same name and age as Bailey was wanted by police for breaching bail conditions related to a separate murder plot in B.C.

The Piper Cherokee that crashed was travelling between Dryden, Ont., and Marathon, Ont., however the aircraft was registered in B.C. The woman, who had some knowledge of aviation, said a plane that small would have made several fuel stops en route to Toronto.

Nav Canada, which operates flight information centres across the country, referred questions about the flight’s itinerary to the Transportation Safety Board.

The board referred questions to the Boundary Bay Airport, which said it could not release the information.

The safety board, which is investigating the crash, has said a cause has not yet been determined. It said Thursday it will share an update “shortly.”

Online flight tracking site FlightAware shows a gap in flight records for the plane between British Columbia and Alberta.


The site shows the plane arrived at the Boundary Bay Airport at 7:44 p.m. on April 23. The next entry shows the plane flew between Claresholm, Alta., and Shaunavon, Sask., on April 28 before continuing east. The final entry tracks its path from Dryden, Ont., to the crash site near Sioux Lookout, Ont., on April 29.

Hong and Handa do not appear in criminal records, however the federal aviation regulator said Handa was not certified to offer charter flights.

Transport Canada says neither Handa nor a company to which he was linked, called A&T Flights, held a valid Air Operator Certificate.

The certificate is one of several requirements for commercial pilots offering charters, tours and other services to paying customers, the agency said.

A public aircraft registry also lists the plane that crashed as being registered for private, rather than commercial use.

Hong is tagged in a video on A&T Flights page, advertising its services.

“Pilots having fun renting plane and flying all over beautiful British Columbia,” the post on April 8 says. 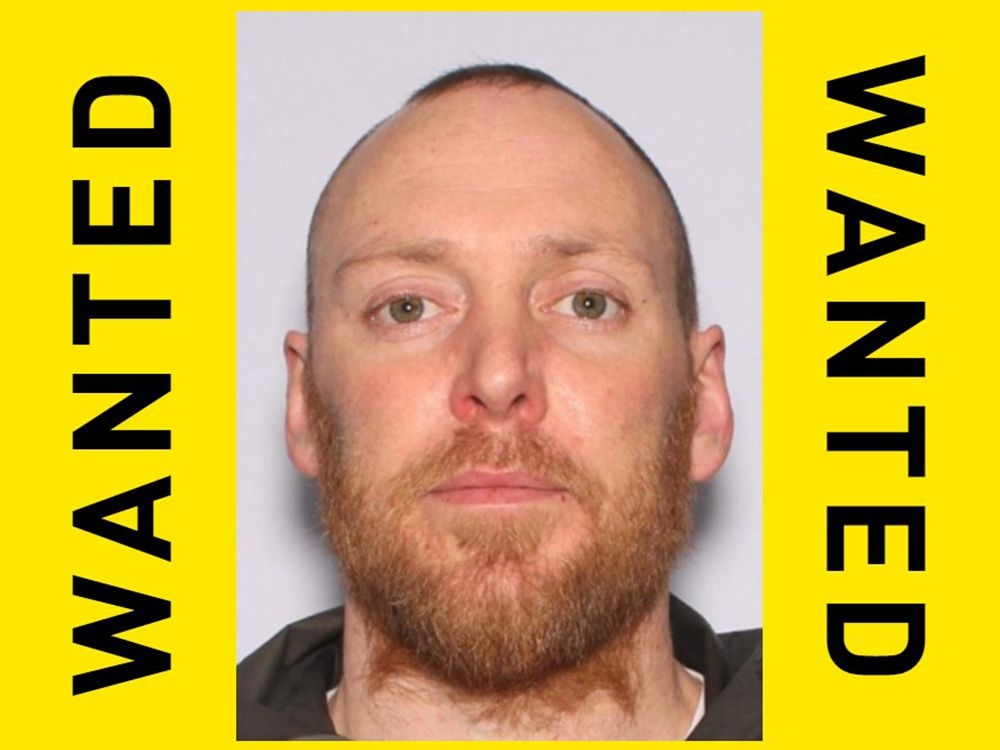 Plane that crashed with fugitives was overweight, heading for Toronto: Witness

A woman who knew the pilot of a fatal flight that killed two fugitves says he told her he was concerned about the plane's weight.

Dead is Good where gangsters are concerned.
Reactions: B00Mer and taxslave

Just before accused hitman Gene Lahrkamp left for Thailand earlier this year, he told his former military buddies in their online group chat that he had an overseas “job” lined up and would be in touch when he got back.


Lahrkamp also said the work was with a private military company without providing any more detail, according to a close friend and former colleague in the Canadian Armed Forces.

“So the last time we talked to him was probably in February. And he told us he’s got a job lined up with a (private military company) and he’s going to be gone … out of the country for a little bit. And we’ll hear from him when he gets back,” said the friend, who asked that his name not be used.

“And then another buddy of mine got a message from him … right when he came back. And he said, ‘Okay, like, everything’s good.'”

That was before Lahrkamp, 36, was identified publicly as a suspect in the murder of former B.C. gangster Jimi Sandhu, who was gunned down outside his beachside villa in Phuket, Thailand, on Feb. 5. And it was before the Trail dog breeder — who spent six years in the army — went on the run as police hunted for him across Canada.

He had been trying to contact his pal ever since Lahrkamp was accused of being an international hitman — desperate to figure out what was going on.

All kinds of thoughts ran through his head: “Maybe he’s actually working for the government or something, right?”

“Like none of it really, truly added up to us. Like why Gene would go to that dark road, that doesn’t make sense.”


The friend, who lives in another province, would visit Lahrkamp at his hillside house overlooking Trail. He has one of Lahrkamp’s Belgian Malinois dogs, as does another former soldier in their tight-knit group.

“I went out every year. We’re on the phone with each other probably every week,” he said. “We would go hunting together or just hanging out with the dogs. … We would hike the mountains. He planned on opening a hunting camp, like a guided tour.”

The Lahrkamp he knew had the biggest heart, although he was somewhat reclusive. The friend cited the fact that Lahrkamp refused advice to put one of his puppies down after it was born with serious medical issues.


“Gene was like, ‘Why would I do that? It’s still a living creature,'” the friend said.

He didn’t know if Lahrkamp was hard up for cash as his uncle Wilf told Postmedia last week.

The friend joined the military at the same time and the two men went through basic training and infantry school together before both joined the third battalion of the Royal Canadian Regiment in Petawawa. They were both deployed overseas, overlapping for part of their tours along the Russian-Ukrainian border in 2014.

Lahrkamp was trained as a sniper, the friend said.

“We slept in the same barracks together. Him and I would train almost every other night on tactics and strategy, whether it’d be like raids, or like, urban operations, or shooting drills, gun drills, everything.”


He has replayed the surveillance videos of the Sandhu shooting over and over. If one of the killers was Lahrkamp, the friend just can’t believe “how sloppy it was. It was like his head wasn’t in it.”


Lahrkamp struggled with the transition from military to civilian life, especially after he broke up with a long-time girlfriend who was part of his dog breeding business, the friend said. The military desensitizes soldiers to violence and it can sometimes be hard to shake once you’re out, he added.

“He was never really an emotional person to begin with, right? Unless you were in his circle. Then you got to see that side of him, but anyone else would never see that side.”

Lahrkamp’s ex-soldier friends are perplexed by all the unanswered questions. Some still think he is alive, the friend said.


“Gene was a big parachuter right. So we were thinking maybe he jumped out of the plane and the plane went down?”

The Transportation Safety Board is probing the crash while the Ontario Provincial Police are conducting a broader criminal investigation. Postmedia has already revealed that a complaint had been made to Transport Canada about pilot Abhi Handa four months before the crash.

Lahrkamp’s friend has come to the realization that, “I’m never going to talk to the guy again. And that sucks.”

“But at the end of the day, we were also in the army together. And we know more than anyone that everyone’s got an expiration date.” 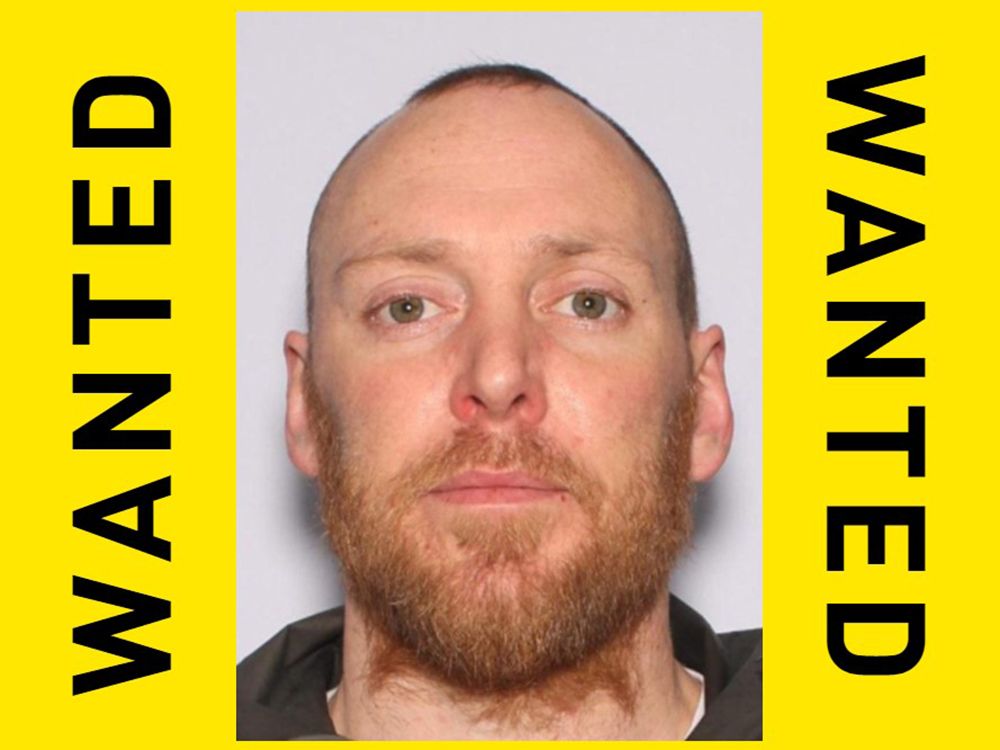 Accused hitman told friends he had an 'overseas job' lined up