razorgrade
#1 Aug 9th, 2007
Canada have defeated the USA at in the Ironbark International Challenge at Thunderbird Stadium in Vancouver.

2,500 people received a great return on their investment seeing the home team, Northwind defeat an overrated American Revolution. It was the biggest crowd for an international test in the sport outside of Australia and shows just how far it has come in this country in such a short time. 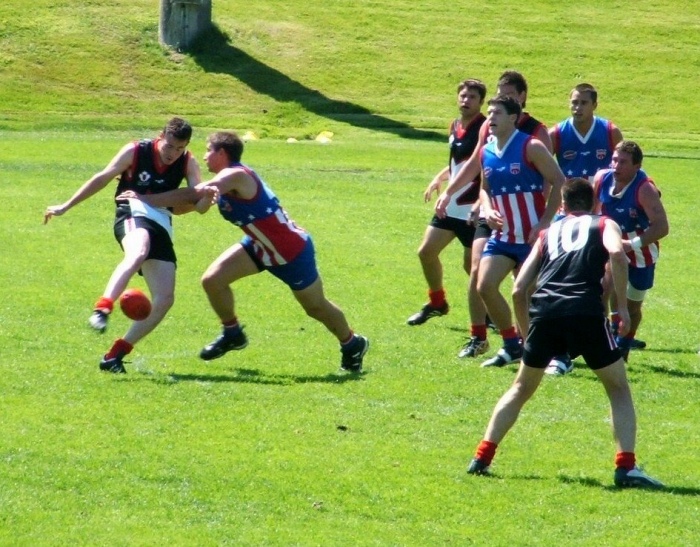 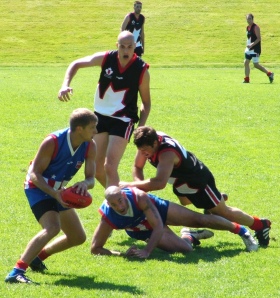 The outstanding victory is a monumental step for Canada's 2008 International Cup preparation, as Canada is currently ranked 10th compared to USA' ranking of 5th.

Wish I was there.

And in the women's division the USA Freedom convincingly defeated Team Canada. Is it just me or do these girls look HOT in those outfits. 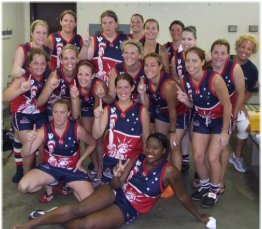 Thanx for the article + pics.

Aug 26th, 2007
apparently our Under 17s Aussie Rules side, the "Wolfpack" also defeated the USA (and very well too). 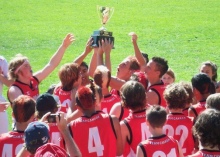 Great work young ones. I hardly even knew we had junior Aussie footballers.

But that has to be a good thing, although it will make it more competitive for us oldies.
Though, they could have probably been named the Fauxhawks based on the prevailing hairstyle ... 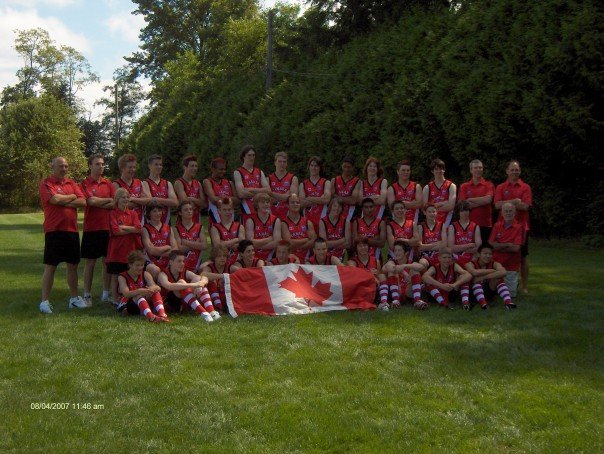 Sep 2nd, 2007
USA college football season started yesterday but I couldn't spend too much time watching as my interest is in ARF, NRL, RCW, or soccer. That's what I call real football.

Sep 23rd, 2007
Check out this great catch in the international game by Canadian Bruce Parker against the USA.

This is one of the best I have seen. AFL or otherwise.

The one that stands out for me is the one over the goal line umpire:

As I think about it more and more, ARF kinda grows on you. The more you watch it, the more you realize what an entertaining sport it really is. Let's hope it will be back on North American TV again next year. If not, I'll keep watching on BigPond which is even better than TV because it does not have commercials during the broadcasts.