English county to get its first McDonald's

Blackleaf
#1 Jan 18th, 2020
Rutland, England's smallest county, will lose its status as the only county without a McDonald's after councillors rubber-stamped plans for a new restaurant.

Some in the small rural East Midlands county have boasted of its unique independence from the American fast food giant.

But at a meeting on Tuesday councillors approved the application for a drive-thru on the outskirts of Oakham.

McDonald's said it was "delighted" at the decision. 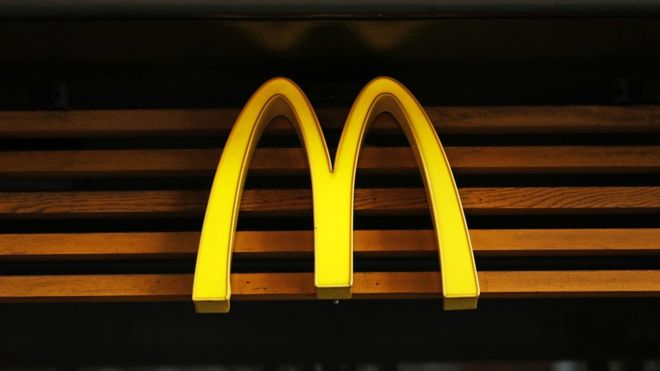 Rutland, England's smallest county, will lose its status as the only county without a McDonald's after councillors rubber-stamped plans for a new restaurant.

Some in the small rural East Midlands county have boasted of its unique independence from the American fast food giant.

But at a meeting on Tuesday councillors approved the application for a drive-thru on the outskirts of Oakham.

McDonald's said it was "delighted" at the decision.

The company said the plans had a "great reception" and would create "at least 65 new jobs for local people".

Before the meeting, Rutland County Council received 23 representations of support and 55 objections for the restaurant off Lands End Way. 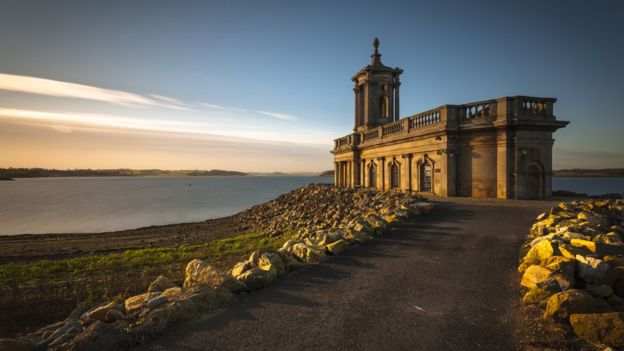 The county is renowned for a number of traditions and landmarks, including Rutland Water

Charlie Pallett, who runs a blog about Rutland, said: "Our high streets are scattered with wonderful independents that offer something unique... I think we don't need a McDonald's.

"Our county is the last one in England without one. I think that is really special."

But many supported the plans, arguing the town "needs" more employment and entertainment for young people. 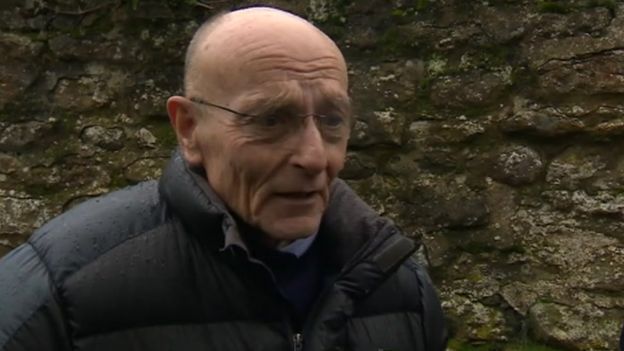 Chris Goodchild said he was "all for" a McDonald's in Rutland

Chris Goodchild told BBC East Midlands Today: "I'm all for it. I think it's a load of nonsense we haven't got one already.

"The high street is full of charity shops and coffee bars, so what's the problem?"

Rutland resident Ella Peters added: "I think it is a positive thing in regards to bringing new jobs but I don't believe it is a good idea to bring fast food - it is not very good for children.

"I think it is better to support local compared to the big nationals."

Council officers had recommended plans for the restaurant be approved with 27 conditions, including the walls and roof should not be built until the details of materials and colours have been agreed with the authority.

Other conditions include trees should be protected and the restaurant should not open until a litter management plan has been approved by the council.

Jan 21st, 2020
lmao How to make a bland and boring British quisine even worse? Add McDonald's.

lmao How to make a bland and boring British quisine even worse? Add McDonald's.

Best food in the world.

You, of course, live in the country whose great delicacy is poutine - gravy and chips.

Best food in the world.

You, of course, live in the country whose great delicacy is poutine - gravy and chips.

If I want to eat normal food, I'll stay here.

That's not much different than Yorkie pudding. =)

It's a lot different than Yorkshire pudding.

Smallest county in England and fourth-smallest in Britain

Motto: Multum in parvo
("Much in little")

So there are three times as many McDonald's employees as Rutlanders.

In one sense, though, Rutland has had McDonald's before, when it was part of Leicestershire between 1974 and 1997.

Jan 21st, 2020
The biggest-ever McDonald's in the world operated near the Olympic Stadium (now the home ground of West Ham United FC) in Stratford, East London, during the 2012 London Olympics. 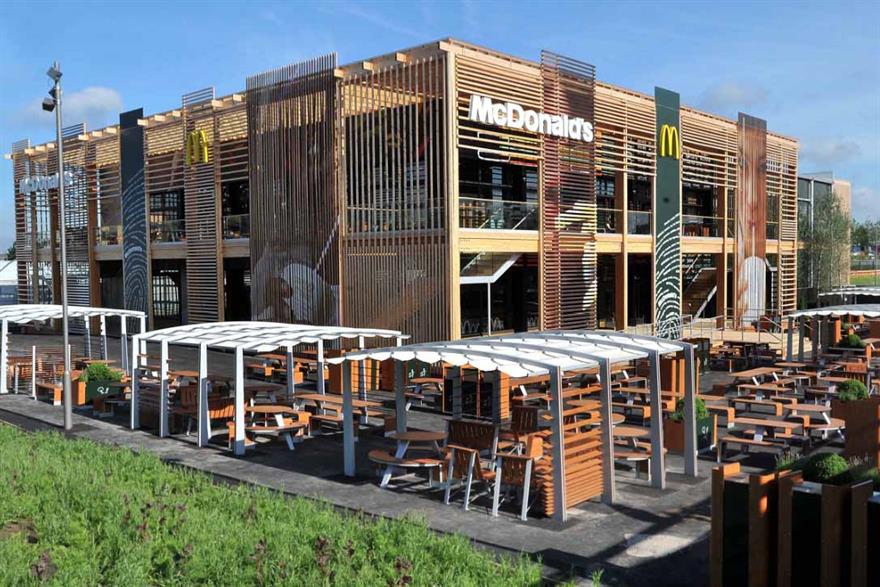 The county is renowned for a number of landmarks, including Rutland Water

Rutland - soon to have its first McDonald's restaurant - is often celebrated as the smallest county in England.

But is this really true? Do any other places have a claim to the title?

What is a county?

Now you're asking. It turns out there is more than one type of county, depending on what function you're talking about.

First off you have the historic or traditional counties - arguably what the majority of people would consider the definitive list.

For centuries these geographic boundaries formed the backbone of the nation's governance and administration. 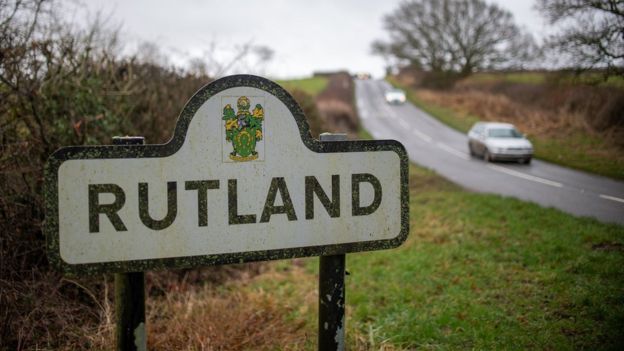 Rutland is the smallest of England's 39 historic counties

The Office for National Statistics (ONS) says while this arrangement is no longer used for administrative purposes, it is "recommended as a stable, unchanging geography which covers the whole of Great Britain".

The Historic Counties Trust - a charity that works to promote and increase public awareness of the UK's historic counties - lists the 39 English counties as:

It leaves the nation made up of a confusing patchwork of administrative counties and unitary authority areas, as addressed in this article by the Association of British Counties.

And to further muddy the waters you have the ceremonial counties. This 48-county list breaks up the country by areas covered by Lords Lieutenant - representatives of the Crown - as defined by the Lieutenants Act 1997.

Great - so is Rutland still the smallest?

As you might have gathered from the previous section, this all depends which list of counties you're working from.

If we go by the historic counties list, Rutland is indeed the smallest with a total area of 147.4 sq miles, according to the Office for National Statistics (ONS). 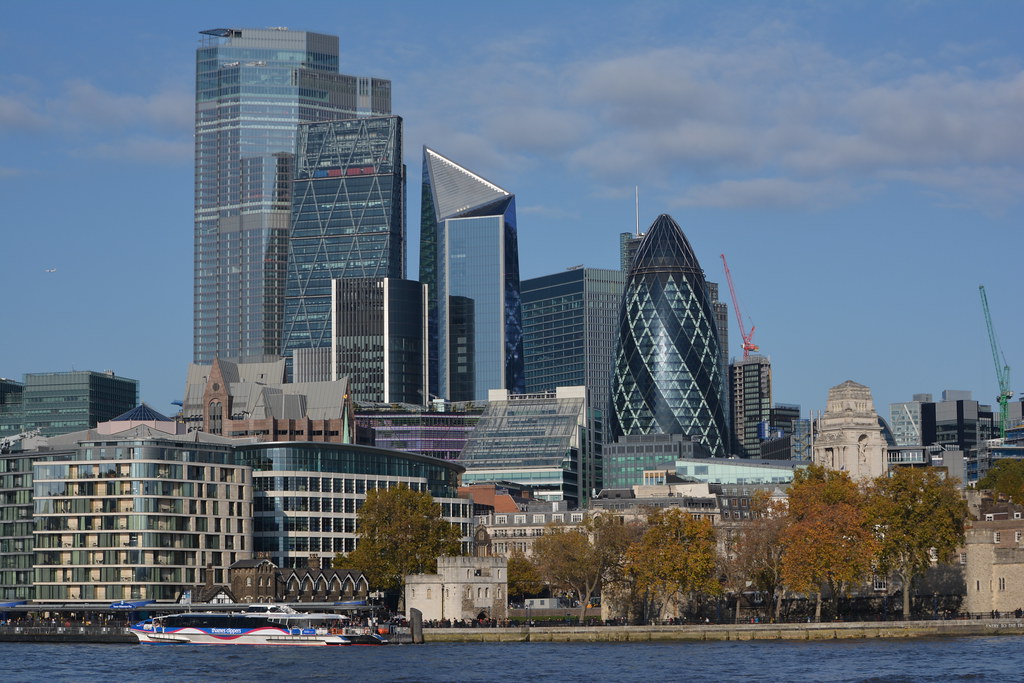 The Square Mile is technically a county

But if you're working from the ceremonial counties list, we have a different champion for you.

Step forward the City of London - the capital's primary Central Business District and home of the Stock Exchange and Bank of England.

It may measure just 1.15 sq miles but it is still listed among the ceremonial counties and therefore takes the title of being smallest on the list by some distance.

What about the Isle of Wight?

An oft-repeated "fact" states the Isle of Wight is actually England's smallest county - but only when the tide is in.

So could Rutland's title be under threat? It would appear not.

First of all, the Isle of Wight is listed as a ceremonial county but not as a historic county - the Historic Counties Trust has it forming part of Hampshire.

But what of its size?

It is often claimed the Isle of Wight is England's smallest county, but only when the tide is in

The ONS states it is 146.7 sq miles in size - so marginally smaller than Rutland, but clearly much larger than the tiny ceremonial county of the City of London.

And if we remove the City of London from the equation, the ceremonial county of Bristol still comes in smaller, at 42 sq miles.

So sadly - whether the tide is in or out - the Isle of Wight has no claim whatsoever to being England's smallest county.

Is Rutland the smallest by population too?

So as you were, basically.

Why do counties matter?

The Historic Counties Trust is dedicated to promoting the history, geography, architecture and traditions of historic counties.

It said: "They are much more than a convenient geographical reference frame. They are fundamental to our notion of what our country is and of our own place within it." 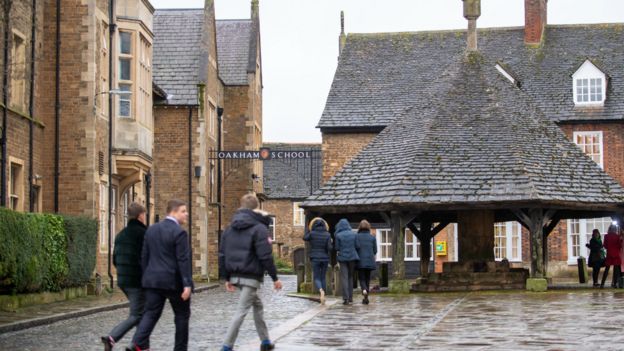 Rutland prides itself on its historic buildings

The trust added: "People's affinity for their county goes deep. Their idea of home is bound up with their native shire and all it stands for.

"The historic county provides a living link to past generations who trod the same ground and nurtured the same loyalties."

The trust added that these counties "speak to us of the wonderful diversity" of the country, with "each possessing its own distinctive history, landscapes, traditions, dialects and building styles".

Is Rutland proud of its small size? 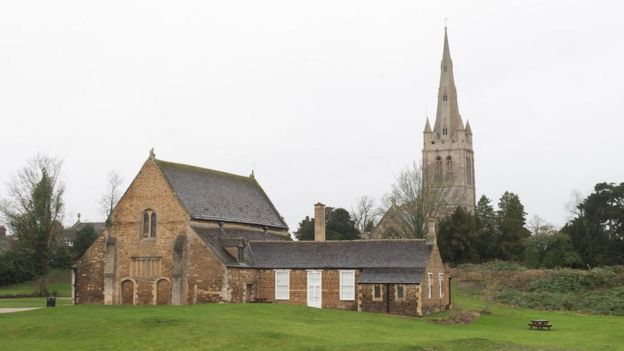 Rutland has an estimated population of just under 40,000

"There are good things in little packages and I think people who live in Rutland are genuinely proud to belong to England's smallest county," he said. "That being said, there's much more to us than just our size.

"Rutland is special because of the big-hearted people who live here. We have close-knit communities, great attractions for families, important historical sites and the famous Rutland Water for cycling, sailing and wildlife.

"In every sense, Rutland truly embodies its Latin motto, Multum In Parvo, meaning 'much in little'."