He has spent so much time online looking for photos of subjects that he does not understand.............

I think I have his picture....no shit.

lol He posted a couple pics that might have him in them.

lol Poor, wacky bubblehead thinks its opinion counts for something.

Trailer? You live around here? I think I might have seen you. The dude wearing a skirt hiked up to the bottom of the moobs that hangs around the Co-op store in Nelson.

Nope I'm the dude riding the crotch rocket making all the noise and dust in your neighbourhood..

Keeping you awake on those long summer nights when you leave the window open. 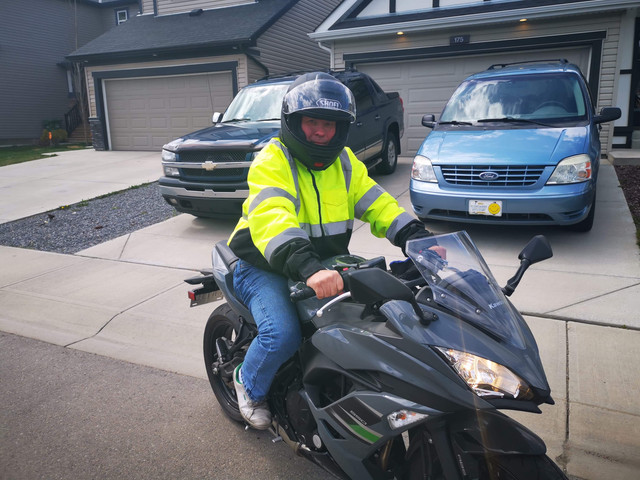 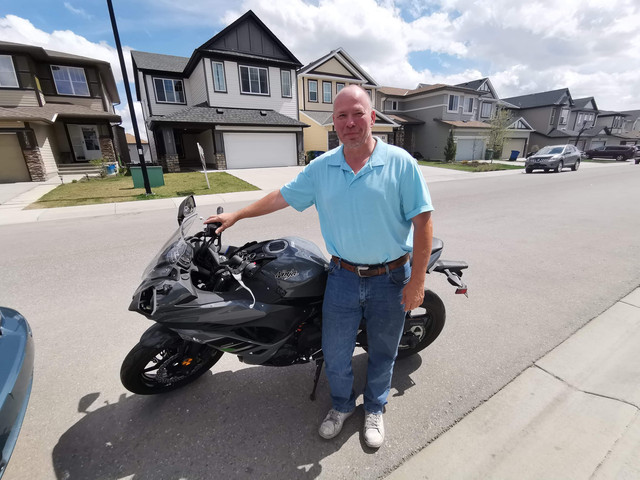 6 days ago
BTW, I wouldn't live in the Kootenay with all the trailer trash druggies.

Nope I'm the dude riding the crotch rocket making all the noise and dust in your neighbourhood..

Keeping you awake on those long summer nights when you leave the window open.

lol Crotch rocket? Probably a Vesta. And the bike in the pic is your neighbour's.

lol Poor, wacky bubblehead thinks its opinion counts for something.


Here is yet another article damning the LIE-beral habit of health care rationing!! With some comments of my own in brackets):

Two-and-a-half-month-old Lucas Lecasse, who was suffering from meningitis, was sent home by a doctor at Abbotsford Regional Hospital despite showing symptoms of the illness, his parents say.

A two-and-a-half-month boy who was sick with bacterial meningitis was sent home from Abbotsford Regional Hospital, only to suffer a near-fatal stroke days later.

While the infant survived, he now has a blood clot sitting at the base of his skull as he lies in BC Children's Hospital  and his parents want to know why doctors didn't do more to protect their son.

Liz Georgelin brought her son Lucas to Abbotsford Regional Hospital on Jan. 27, after the clinic in Mission told her to take the baby to an emergency room. Lucas had a fever of 102 degrees Fahrenheit.

"The doctor came in and saw that [Lucas] was toxic and said, 'You need to take your baby to a hospital now,'" she said.

The physician told her to go to Abbotsford rather than Surrey Memorial Hospital because it was closer, and promised to call ahead to alert Abbotsford hospital staff to the urgent situation.

The first-time mother from Maple Ridge says once she got to the busy hospital in Abbotsford, she waited over seven hours to see a doctor. Once that doctor finally arrived, she apologized for the wait and explained there were lots of pediatric patients that night.

(A seven hour wait with a sick baby - in a province NOTED for the number of birth tourists - meaning pregnant foreigners treating Canada as SUCKERS - and getting automatic Cdn citizenship for their babies so they can exploit us later!! In one B.C. hospital over 25 percent of all births are for TOURISTS!!!!!!!!!!!!!!!)

(In related news- should we ask if there is a hospital bed shortage because of the number of gun shot gang bangers in those beds - meaning criminals that LIE-beral hug a thug judges ARE NOT protecting society from -because catering to pressure groups and buying votes is a LIE-beral priority????????????????)

(We DO KNOW that 25 percent of ALL hospital beds in Canada are occupied by senior citizens - known as bed blockers because they DO NOT need hospital care any longer - but they DO NEED the care of a well equipped seniors residence with its lower cost operation than a hospital - with those Seniors Home beds ALSO being rationed by LIE-berals - so our entire system is jammed up!!!!!!!!!!!!!!)

(So is the emergency room doctor exhibiting BAD JUDGEMENT?? Or merely reflecting LIE-beral Reality since the hospital is ALREADY OVERLOADED with patients?? In either case -sending the kid home IS A BAD CALL!!!!!!!!!!!!!!)

Georgelin and Lucas' father, Quinton Lecasse, say they took the doctor's advice and brought their son home, but the ensuing days were "torture" with Lucas screaming and crying, unable to hold his soother in his mouth.

(As we know from cases in New Brunswick where one baby died in similar circumstances - after the mother followed doctors advice to go home and wait - and a second N.B. case where the mother was also told go home and that Mom DID NOT - she took her sick baby to another hospital and kicked up a fuss - and that baby LIVED - because Mom IGNORED the first doctor and followed her instinct!!!!!!!!!!!!!!!!!!!!!!!!)

Four days after being sent home, with no change in Lucas' condition, Georgelin took her son to the pediatrics unit at Surrey Memorial.

"I lifted him out of the carrier, and the triage nurse's eyes were just so wide," she said. "Didn't say anything, rushed us into the emergency ward and started doing tests.

According to Georgelin, Surrey hospital staff were shocked that staff in Abbotsford didn't run further tests after seeing Lucas had a fever, a practice recommended for babies under three months on Fraser Health's own website.

A day after arriving at Surrey Memorial, the hospital's head pediatric doctor came in on his day off and said Lucas needed to go to BC Children's Hospital immediately, and arranged for the baby's transport that night.

(So the opinion of the doctor at the walk in clinic that LIE-berals insist we use can be ignored - but the hospital senior staff know a LAWSUIT when they see it and take immediate action - apparently that is the proper conclusion!!!!!!!!!!!!!!!!!!)

Georgelin says the scariest moment came during that visit to Surrey, when Lucas began suffering a seizure in his father's arms.

"His heart was beating so fast, and he was lying on the table staring at the sky, and then he just stops. He just stops breathing. So I just start singing into his ear, hoping that he'd hear me or something and he takes a breath."

Georgelin says Lucas' prognosis has improved, now that he has been put on antibiotics that the parents say should have been administered immediately before the test results came back.

(NO FOOLING!! The reports prepared after several events with babies in New Brunswick have indicated that babies can go from cold and flue symptoms into major breathing issues at STARTLING SPEED - and prevention ought to be better than desperate last minute cures - but rationing does not allow for that!!!!!!!!!!!!!!)

"For all we know, those couple of days [between hospitals] could have costed him everything," Lecasse said.

Doctors have warned the baby may have suffered permanent symptoms from the ordeal, and remains on blood thinners to prevent further clotting.

(Permanent symptoms from the stroke- would that include BRAIN DAMAGE???)

Georgelin wants health officials to explain why her son was sent home so early.

"We want them to tell us that he's going to be good, and reaffirm, but reaffirm with definitive knowledge," she said. "Not just a guess."

In a statement, Fraser Health stood by what happened, explaining a decision was made "on how to treat this child in the moment."

"Discharge instructions were also advised that if symptoms continued or worsened to come back to the emergency department," the authority said.

Health Minister Adrian Dix could not speak to the specific case, citing privacy laws, but admitted overcrowding and long wait times at Abbotsford Regional Hospital is an issue that is continually being addressed.

(Uh huh - LIE-berals LOVE those privacy laws that cover up so very many things that would probably anger voters if the issues saw the light of day!!

(In an Ontari-owe case from a few years back - a 19 year old suicidal Ontari-owe girl - Shania Paige - was BANNED from calling the suicide hotline because her calls were deemed BOGUS and she sought treatment - apparently for a Bi-Polar disorder from several hospitals and ended up getting thrown out by security and ended up with an ARM BROKEN IN THREE PLACES - which of course got her immediately admitted - for treatment for the arm - BUT NOT for her Bi-Polar issue!!!!!!!!!!)

4 days ago
Nope. I was wrong. Boomer's real transportation is https://daymak.com/boomerbuggy-x.htm...SAAEgJGNvD_BwE

Nope. I was wrong. Boomer's real transportation is https://daymak.com/boomerbuggy-x.htm...SAAEgJGNvD_BwE

Nope. I was wrong. Boomer's real transportation is https://daymak.com/boomerbuggy-x.htm...SAAEgJGNvD_BwE

She trying to spy on you

Sometimes they get paranoid, yes. I had to specifically tell Edge to allow our tv streamer because it was "a threat". Yet, Chrome, Firefox, and even Duckduckgo allowed it. Since then, Edge allowed a malignant bug and I had to uninstall it.

Sometimes they get paranoid, yes. I had to specifically tell Edge to allow our tv streamer because it was "a threat". Yet, Chrome, Firefox, and even Duckduckgo allowed it. Since then, Edge allowed a malignant bug and I had to uninstall it.

The worst I've had so far was what I call a browser hijack
Dunno what else to to call it!
You put a search on Google for something, and when you click on one of the links provided, up pops a page to a web site that you can't get rid off and they ask you money to remove it.

What I found was a simple way to remove it I just pressed the Off switch (shut down with the mouse wouldn't work)
I thought that if I had to I could just restart it in safe mode, but a normal start-up with the stop/start swich worked fine!..

It wasn't a very sophisticated scam!

9 hours ago
You sure recycle a lot of punctuation ?s and !s

You sure recycle a lot of punctuation ?s and !s


LIE-berals wnt us to pretend it will not hurt if we give in and surrender to aspiring LIE-beral Soviet Socialist DICTATORS!!!!!!!!!!!!!