Blackleaf
#1 Jan 20th, 2020
The British economy is set to outpace the eurozone in the first two years after Brexit, according to projections published today by the International Monetary Fund...

UK economy will grow faster than the eurozone in the first two years after Brexit, International Monetary Fund predicts 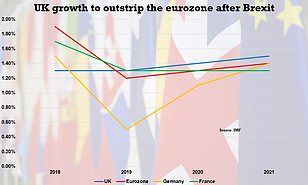 The British economy is set to outpace the eurozone in the first two years after Brexit, according to projections published today by the International Monetary Fund.

But it suggested the UK economy could see economic growth of 1.4 per cent this year and 1.5 per cent next year.

However, the IMF's prediction of stable economic growth for the UK is predicated on an orderly divorce from the European Union.

Britain is due to leave the bloc on January 31 at 11pm when it will then enter into a standstill transition period which will come to an end in December.

During that period the two sides will try to hammer out the terms of their future relationship.

Boris Johnson has ruled out any extension to the transition period and believes a complete trade deal can be agreed by the end of the year.

But EU chiefs do not believe there is enough time to agree everything by December, raising the prospect of the UK and Brussels going their separate ways with only a partial agreement in place.

That could jeopardise the growth projected by the IMF.

It said in its latest report that there must be a 'gradual transition' to new trading terms in order to ensure a positive outlook.

'The growth forecast assumes an orderly exit from the European Union at the end of January followed by a gradual transition to a new economic relationship.' 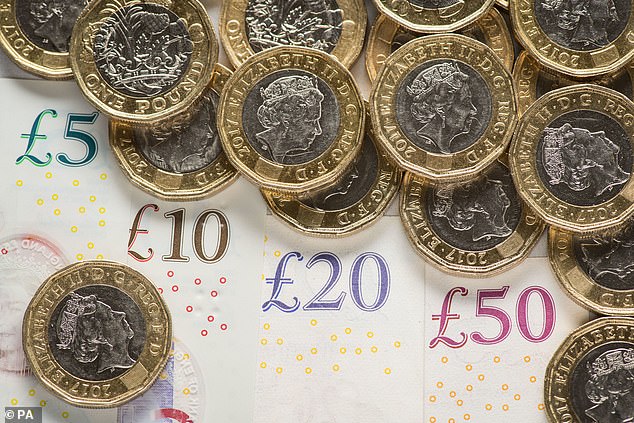 The International Monetary Fund today projected the UK economy could grow 1.4 per cent in 2020