Police beat Chinese man after asking for his name.. 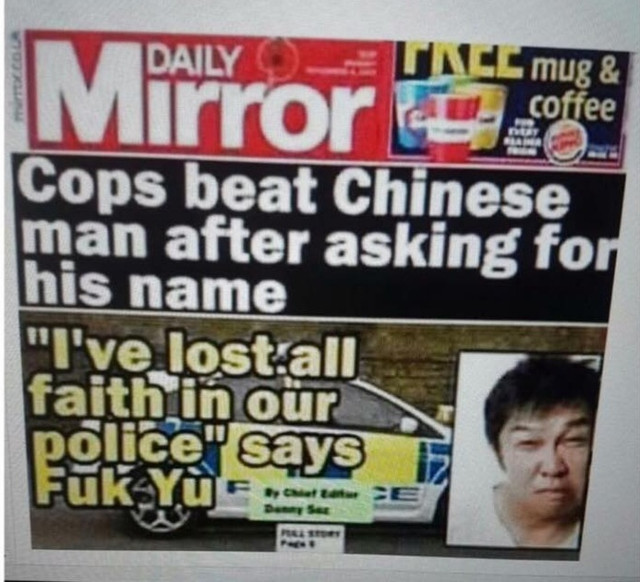 Re: Police beat Chinese man after asking for his name..

Re: Police beat Chinese man after asking for his name..

Jul 24th, 2019
Talking about British police, my Congolese colleague Lumona and me (or should that be "and I"?) were walking to the bus station tonight where he was to get the bus home to the Breightmet suburb. We were drinking beer and a police car came past. He told me that on Saturday he was walking down the same stretch of Manchester Road drinking beer when a cop car pulled up in front of him and two cops got out. Thinking they were after him for drinking alcohol in the street, he threw his whole can of beer onto the floor. The police started laughing and one asked "Why did you do that?"

The police explained that they were there to arrest someone in a nearby house, and one of them gave him £1.30 to buy a new beer!

In England and Wales it is completely legal to drink alcohol in the street. In fact, you can come out of a store having bought alcohol and start consuming it there and then.

In Scotland it depends what area you are in. In some areas it's legal and in others it's illegal.

In Northern Ireland it's illegal.