Labour: What vote for a party that hates you?

Blackleaf
#1 Sep 28th, 2016
From the then Prime Minister Gordon Brown calling a Labour voter a "bigoted woman" in 2010 because she asked him what is he going to do to cut immigration, to Diane Abbott labelling "racists" those 17.4 million who voted to regain their country's sovereignty from the corrupt, anti-democratic and sclerotic EU; and from Emily Thornberry mocking someone for having a St George's Flag in their window to vile anti-Semitic abuse (even of Jewish Labour MPs) to a stall at the Labour Party conference selling mugs and teatowels which mock injured British service personnel.

It's clear that the modern Labour Party is now the nasty party and it's no suprise that most voters don't want to vote for them.

Labours chaotic conference raises one important question: Why vote for a party that hates you?

THERESA MAY can relax. Jeremy Corbyns shambolic conference has confirmed that Labour is the truly nasty party now.

The party that was formed 116 years ago to protect the interests of the working class has come to regard that same working class with undisguised contempt.

It has become one of the great clichés of our national discourse that Labour is disconnected from the working class of this country. 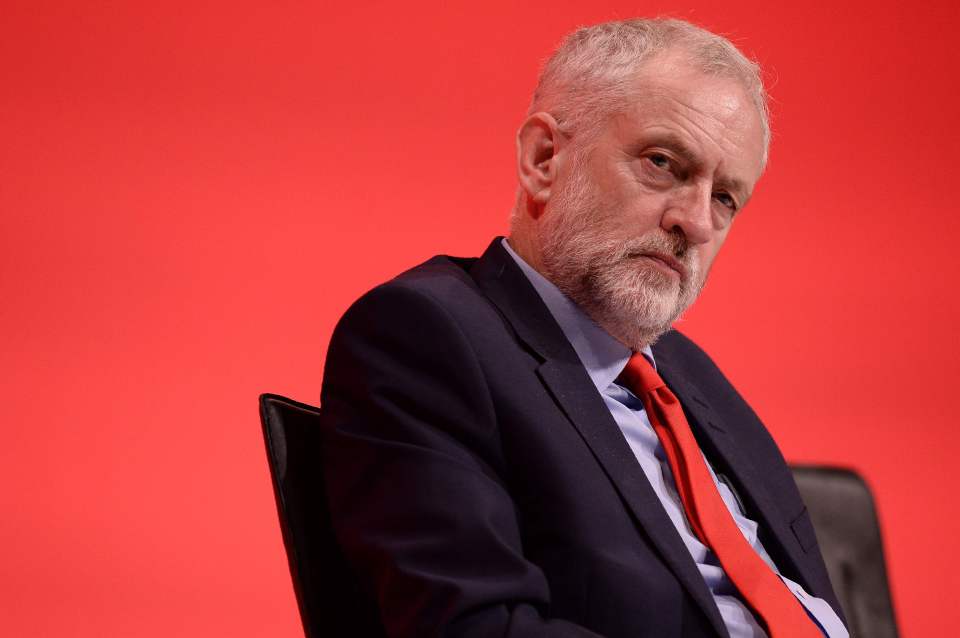 But it is far worse than disconnection. It is more like a vicious, visceral hatred for all the instincts of ordinary men and women.

Diane Abbott, that outspoken champion of state education for all, apart from her privately educated son, of course, casually smears the 17million Brits who voted to leave the EU as pig-ignorant racists. 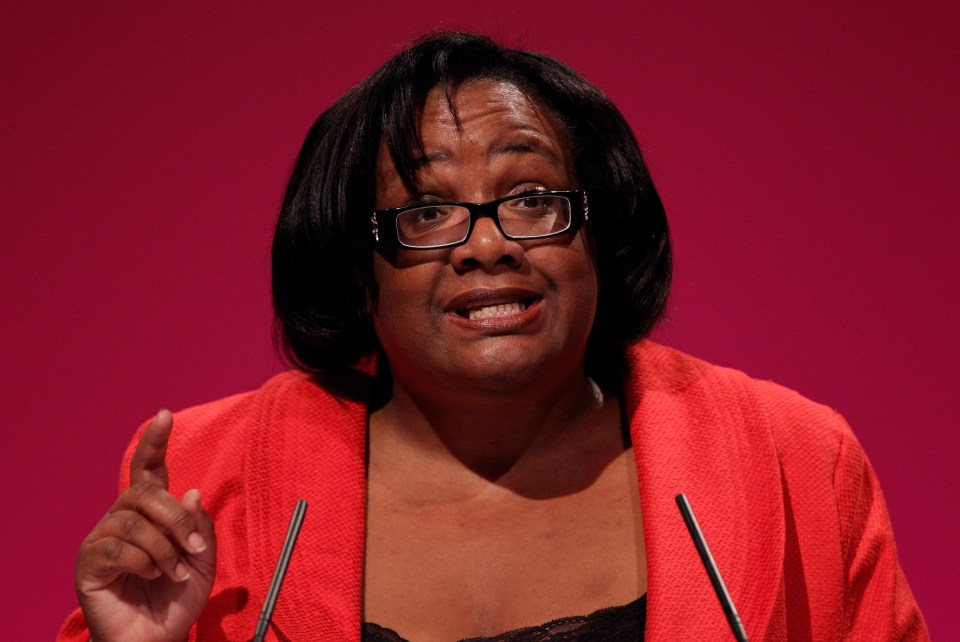 Baroness Shami Chakrabarti  ennobled by Corbyn for her whitewash on the Jew-baiting anti-Semitism in his party  sneers: Please dont leave me alone with Essex man!

Chakrabarti and Abbott make no attempt to hide the poisonous disdain they feel for every ordinary man and woman who loves this country.

And although anti-British sentiment has been growing like a malignant tumour in the Labour Party for years, this is something new.

When Gordon Brown called decent, Labourvoting Mrs Gillian Duffy that bigoted woman in 2010, the big man had no choice but to offer a grovelling apology.

When Emily Thornberry openly sneered at the sight of a white van and the flag of St George while canvassing in the Rochester and Strood by-election in 2014, she had to resign from the Shadow Cabinet. 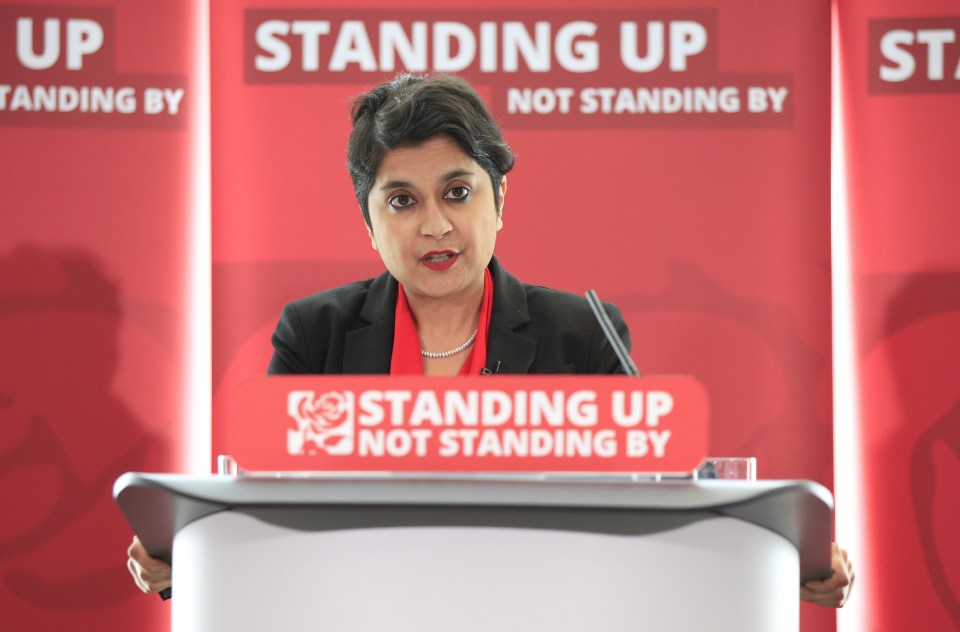 Baroness Chakrabarti wont be resigning for saying there is something inherently disgusting about men of Essex (cheers, Shami!).

Diane Abbott will not be apologising for calling 17,410,742 Brits racists because they voted to leave the crumbling, job-destroying European Union.

Not so very long ago, a Labour politician would resign or apologise after dripping their snobbish metropolitan bile over the working class.

In Corbyns Labour Party, sneering at the working class is guaranteed to get you a round of smug applause from other middle-class comrades.

In the witless sneers of Diane Abbott and Baroness Shami, there is no sense of any empathy, affection or understanding for the people of this country. 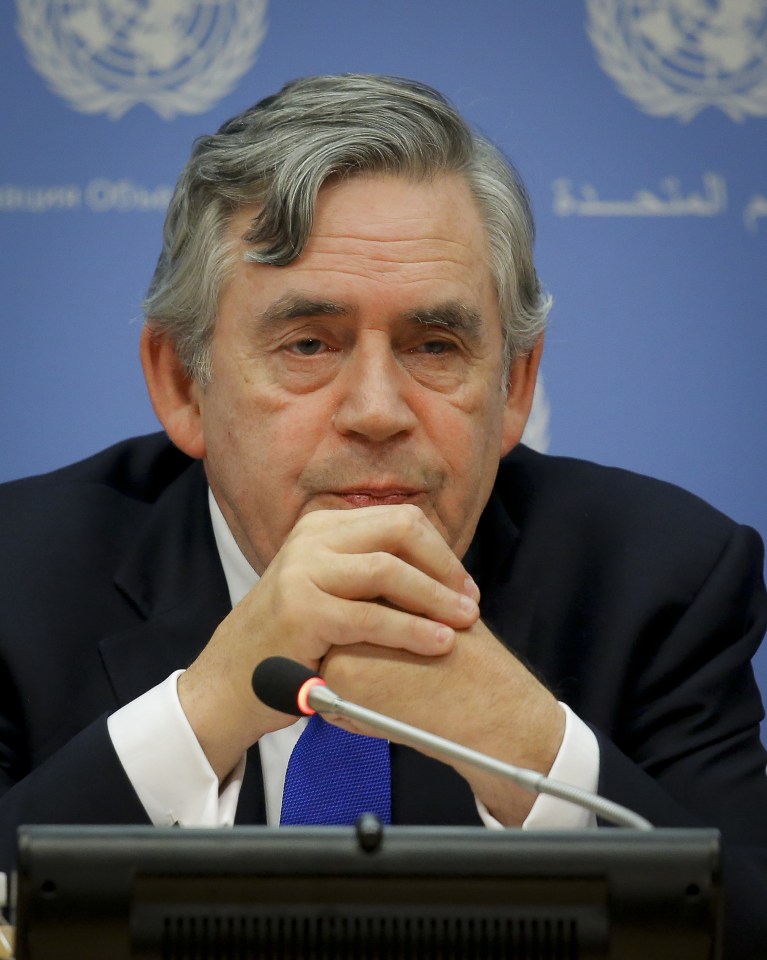 They despise our patriotism. They are baffled by our belief that this is the greatest country in the world. And they do not understand that we believe our national identity is worth preserving.

It is frequently said that Labour is returning to the mindless militancy of the past. But nobody ever thought that socialists such as Tony Benn or Michael Foot were anything less than patriots.

That is what has changed about the Labour Party.

England is perhaps the only great country whose intellectuals are ashamed of their nationality, George Orwell wrote 75 years ago.

In left-wing circles it is always felt that there is something slightly disgraceful in being an Englishman and that it is a duty to sni gger at every English institution.

There has always been a strain of self-loathing on the hard Left. What has changed in our time is the anti-British socialists are no longer on the nutty fringes of political debate.

They are centre stage. Jeremy Corbyn is proud to call the terrorists of Hamas and Hezbollah his friends.

Shadow Chancellor John McDonnell is a long-time IRA groupie, dreamy-eyed and weak at the knees at the thought of the men of violence, calling for a united Ireland to be achieved by the ballot, the bullet and the bomb.

Corbyn and McDonnell are typical of the mealy-mouthed hypocrites who comprise the Labour Party.

McDonnell has the gall to shed a tear for the murder of Labour MP Jo Cox while calling for ex-Tory MP Esther McVey to be lynched.

Labour was once the home to patriotism prepared to make the ultimate sacrifice. The generation that fought for Churchill, came home and voted for Clement Attlees Labour Party in 1945.

Not many of the generation that propelled Labour to a landslide in 1945 are still with us, and that is a relief, as this Labour conference saw the ultimate obscenity of souvenirs sold on a Momentum stall mocking crippled British servicemen. It is difficult to imagine how the Labour Party could sink any lower.

It is impossible to imagine it could be further from the people it once represented.

The bad news is the Labour Party as we knew it no longer exists. The good news is Corbyns barmy army is on the edge of electoral oblivion.

Todays Labour Party is a sick joke, but it does present the readers of the countrys biggest-selling newspaper with a serious question.

Why the hell should you vote for a party that hates you?