Locutus
#1 Jul 27th, 2013
Canadians observed the 60th anniversary of the Korean War Armistice at sombre ceremonies across the country Saturday.

The events also marked the first official Korean War Veterans Day which will be held each year on July 27.

"Establishing July 27 as a national day of recognition serves as a way to honour our veterans and this important moment in Canada's history," said Veterans Affairs minister Julian Fantino. "Today, Canadians will pause to remember the men and women in uniform who came to the aid of South Koreans during the Korean War."

More than 26,000 Canadians came to the aid of South Koreans during the Korean War, and 516 lost their lives in the area.

On July 27, 1953, the Korean War Armistice was signed, ending three years of fighting. Some 7,000 Canadians continued to serve there between the signing of the Armistice and the end of 1955, with some Canadian troops remaining until 1957.

"South Koreans have never forgotten the courage and sacrifices of our men and women in uniform, and we have a duty to ensure Canadians never do either," MP Royal Galipeau said at a ceremony held at the National War Memorial in Ottawa.

On Friday, Fantino unveiled a new monument dedicated to Canadians who fought during the Korean War and to those who served after the Armistice.

Re: Canada marks 60th anniversary of the Korean War Armistice

Jul 27th, 2013
We can do like the North Koreans.
John Cleese in Fawlty Towers doing a german silly walk - YouTube

Re: Canada marks 60th anniversary of the Korean War Armistice

Jul 28th, 2013
A new Korean War memorial has been opened in Witch Craig Wood near Torphichen in West Lothian to honour the 1,100 British troops who died in the conflict. 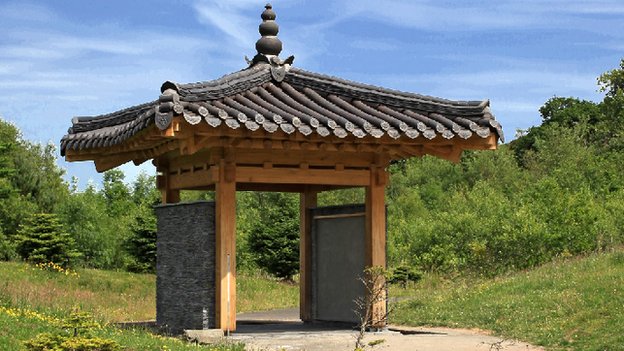 0
The Queen does her most amazing photoshoot yet for 60th anniversary of her coronation
by Blackleaf | May 26th, 2013
15
Queen attends church on the eve of her 60th Diamond Jubilee Anniversary
by Blackleaf | Feb 6th, 2012
3
Queen marks son's 60th birthday with glowing tribute to his fitness to reign
by Blackleaf | Nov 14th, 2008
0
Never-say-die England deny India victory on 60th anniversary of independence
by Blackleaf | Aug 16th, 2007
CCIM © . All rights reserved.
About CC | Contact Us | Terms of Service | Archive | Free Software Downloads
Powered by vBulletin® Version 3.8.11
Copyright ©2000 - 2020, Jelsoft Enterprises Ltd.