Whoops! That happens all the time when you use a phone to post.

By the way. I want my money back. The Forum is still crawling with Wankers.

The only response was from Bi-Curious Canadian.

The only response was from Bi-Curious Canadian.

I rest my case.

would be too anti swamp

Sep 13th, 2019
Eddie Money bites the dust.
Not many saxophone players left.
Hope he got his 2 tickets to Paradise.
https://www.rollingstone.com/music/m...iation-884179/

Sep 13th, 2019
Charlie Cole, one of the photographers who captured the famous Tank Man on film during the Tiananmen Square protests, has died.

The image of one man standing in the way of a column of tanks, a day after hundreds possibly thousands of people died, has become a defining image of the 1989 pro-democracy protests.

Cole won the 1990 World Press Photo award for his picture.

He had been living in Bali, Indonesia, where he died last week, aged 64.

Charlie Cole, one of the photographers who captured the famous Tank Man on film during the Tiananmen Square protests, has died.
The image of one man standing in the way of a column of tanks, a day after hundreds possibly thousands of people died, has become a defining image of the 1989 pro-democracy protests.
Cole won the 1990 World Press Photo award for his picture.
He had been living in Bali, Indonesia, where he died last week, aged 64.
https://www.bbc.co.uk/news/amp/world...china-49684808

He did very well considering he was covering Squash for a living.

A beautiful voice is silent. RIP 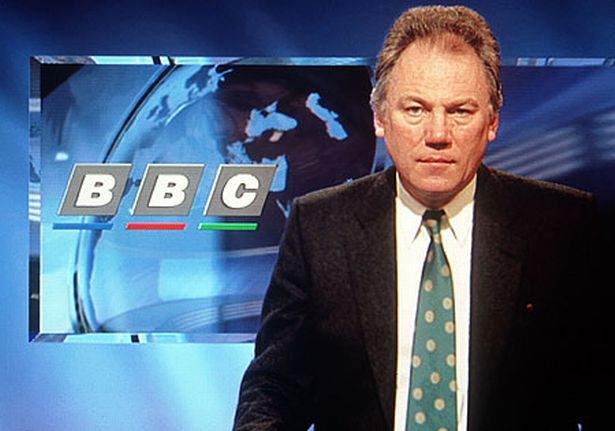 Peter Sissons, the former BBC and ITN newsreader and Question Time host, has died at the age of 77.

Sissons joined ITN in the 1960s before moving to the BBC in 1989 to present Question Time and the Six O'Clock News.

BBC director general Tony Hall described him as "one of the great television figures of his time".

Tributes also came from such figures as Piers Morgan and Tony Blair, who said he was "a journalist of exceptional talent, commitment and integrity".


Good Morning Britain host Morgan hailed him as "an excellent journalist and TV newsreader, and splendidly combative and amusing man", while BBC presenter Simon McCoy said Sissons was "a great journalist and a fine presenter".

Born in Liverpool in 1942, Sissons went to school with John Lennon, George Harrison and Paul McCartney. He studied at Oxford University, but returned to Liverpool to work as a bus conductor in the summer holidays - and later said the experience of dealing with difficult customers prepared him for handling difficult interviewees.

His journalistic career began when he joined ITN in 1964 as a writer, and he became a reporter three years later.

As a foreign correspondent, he was wounded by gunfire in Biafra in 1968. He was later promoted to ITN's news editor and then industrial editor before becoming a presenter of ITN's News at One in 1978.

When Channel 4 was launched in 1982, he was chosen to present their nightly news programme, and during his time as anchor, Channel 4 News won three consecutive Bafta Awards.

In 1989, he interviewed the Iranian ambassador about the fatwa issued to author Salman Rushsdie , and admitted in his autobiography that he found it "very hard" to keep his anger from showing. That interview resulted in the fatwa being extended to him, meaning he and his family needed 24-hour protection.

After joining the BBC later that year, he took over from Sir Robin Day as host of Question Time, which he hosted for four years, and also went on to present the Nine O'Clock News and 10 O'Clock News.

"He was a gold standard broadcaster," said BBC News presenter Huw Edwards. "For a decade or more, he was the face of Channel 4 News, and he really was an outstanding interviewer and presenter.

"He was very supportive when I started off as a presenter, he couldn't have been more generous, and I think that was a reflection of him as a man as well."

In 2002, he faced criticism for wearing a burgundy-coloured tie rather than the customary black when breaking the news of the Queen Mother's death.

When he was moved to BBC News 24 in 2003, he accused the corporation of ageism. "Ageism is still the BBC's blind spot. Yet it is blindingly obvious that maturity goes with grey hairs," he said.

Sissons retired from broadcasting in 2009. Two years later, he published an autobiography in which he criticised the BBC for having what he saw as a left-wing bias.

Paying tribute, Lord Hall said: "Peter Sissons was one of the great television figures of his time - as an interviewer, presenter and world-class journalist. During his distinguished career he was one of the most recognisable and well-respected faces of television news.

"He was always a great person to be with and to work with. He will be missed by his many friends and colleagues and our thoughts are with his family." 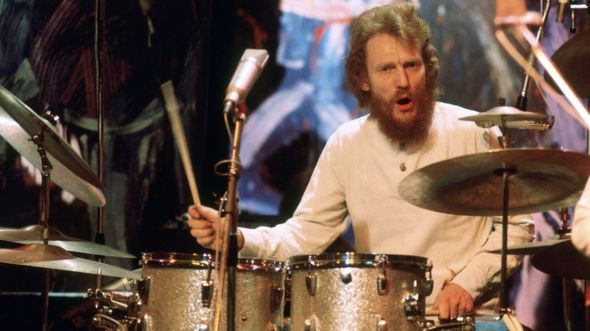 Ginger Baker, one of the most innovative and influential drummers in rock music, has died at the age of 80.

A co-founder of Cream, he also played with Blind Faith, Hawkwind and Fela Kuti in a long and varied career.

His style combined the lyricism of jazz with the crude power of rock. One critic said watching him was like witnessing "a human combine harvester".

But he was also a temperamental and argumentative figure, whose behaviour frequently led to on-stage punch-ups.

His bricklayer father was killed in action in 1943, and he was brought up in near poverty by his mother, step-father and aunt.

A troubled student, he joined a local gang in his teens and became involved in petty theft. When he tried to quit, gang-members attacked him with a razor.

He was a flamer and funny.

One of Trump's most vocal haters became a millionaire after he was elected to congress.. RIP

Elijah Cummings Has Died
https://townhall.com/tipsheet/leahba...-died-n2554907
One of Trump's most vocal haters became a millionaire after he was elected to congress.. RIP 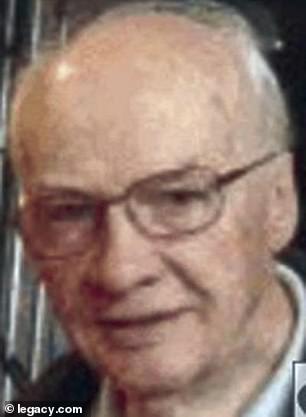 The last remaining survivor of the Hindenburg disaster has died at the age of 90.

Werner Gustav Doehner passed away in Laconia, New Hampshire last Friday, more than eight decades after the German airship caught fire and was destroyed while docking in Lakehurst, New Jersey on May 6, 1937.

The disaster left 35 people dead, including Doehner's father and sister.

Some 62 passengers and crew managed to survive the blaze, which became one of the most infamous air disasters of all time, after it was captured by news crews who were on the scene to document its arrival.

Doehner, who was just eight years old at the time of the crash, was on the 804-foot-long zeppelin with his parents and older brother and sister.

'He did not talk about it,' his son Bernie Doehner told The Associated Press on Friday, adding that his father took him to visit the naval station years later, but not the Hindenburg memorial, itself.

At the time of its completion in 1936, the LZ 129 Hindenburg was the largest aircraft ever built, and was the pride of Germany's Third Reich.

The airship completed several trips across the Atlantic prior to the 1937 disaster. At the time of the fire in New Jersey, the Hindenburg had travelled from Frankfurt. There were plans for the airship to then head down to South America.