Canada's debt map: How much governments have borrowed where you live

B00Mer
No Party Affiliation
#1 May 5th, 2016
Canada's debt map: How much governments have borrowed where you live 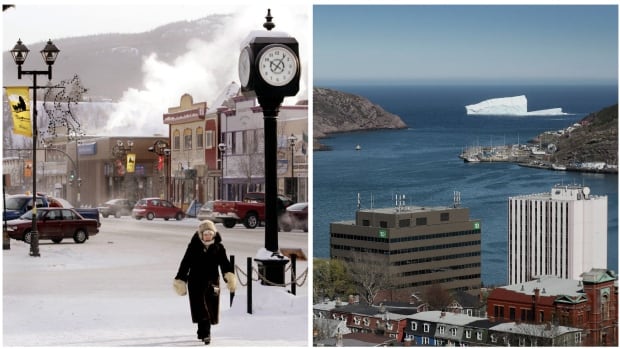 It's coming to the end of budget season, that time of year when the federal and provincial governments tell us how much they're going to spend, and more often than not, borrow in our name.

The federal and most of the provincial budgets are in, with only Saskatchewan and Manitoba to come.

Will spoiled boomers bankrupt the millennials? Probably not
Federal budget 2016: Liberals push deficit to spend big on families, cities
N.L. budget: $1.83B deficit, across-the-board tax hikes and layoffs
Most Canadians are familiar with the federal debt, the accumulation of the federal government's borrowing over time. That number, according to the most recent budget, will hit $648.7 billion by the end of the fiscal year.

The share of the country's federal debt for each child, woman and man will be about $17,995.

Debt figures, of course, should be considered in light of a country's assets, the size of its economy and ability to pay interest on its debt, and by that score Canada is in relatively good shape, even if the numbers seem alarming.

And while Newfoundland and Labrador's debt total is much lower at $14.6 billion, when spread across its smaller population the per capita debt in that province is the highest in the country at $27,782.

Cities are not allowed to run deficits, but they can borrow to spend on infrastructure and other projects, and they do  Toronto has a debt of $3.5 billion, while Montreal's is $5.5 billion  twice that of P.E.I.'s debt and about the same as Saskatchewan's $5.53 billion debt.

Depending on where you live, the total debt from all three levels of government, when added up and divided by the population, is as high as $47,439 per person (St. John's) or as low as $23,165 per person (Whitehorse).

A resident of St. John's doesn't actually owe the money racked up by the city, province and federal government that represents them, but by adding up all levels of debt a clearer picture emerges of just how much governments are borrowing in our name.

"The problem is that there is no incentive for any level of government to point out the debt at another level of government," said Aaron Wudrick, federal director of the Canadian Taxpayers' Federation. "They kind of want to minimize what it looks like, and that I think is the problem."

"When we talk about debt I think it's important we be clear about the total amount. At the end of the day there is only one taxpayer," he said.

Jack Carr, a professor emeritus of macroeconomics at the University of Toronto, said that if Canadians really understood the scale of Canada's public debt they would be hoarding their money in anticipation of future tax hikes, but that isn't happening.

"If people did that then the effect of that deficit would not be very stimulatory," he said.

Not everyone subscribes to the notion that high debt now means higher taxes, or spending cuts, down the line to pay for borrowing. The Parliamentary Budget Office (PBO) has noted that at the federal level, government spending grows slower than nominal GDP, and so over time the federal government will begin to run surpluses that can be used to pay down the debt.

Wudrick, however, said that one of the problems with Canada's public debt is that when times are tough there is a huge incentive to borrow to ease the pain, but when growth returns, and governments have a little extra money, they choose to spend rather than pay down debt.

"That is exactly the problem that we see in Alberta," Wudrick said. "For a long time Alberta had a booming economy, low tax rates, and high public spending.

"The gap was essentially masked by the fact that oil prices were so high," he added. "You take away the price of oil and all of a sudden you have a very high spending government with very low revenues."

Alberta's debt is still low by comparison to many other provinces. The provincial debt is $30.5 billion or about $7,271 per person, the third lowest provincial or territorial per capita debt in the country after Saskatchewan, at $4,878, and the Yukon, at $4,796.

And while Alberta's debt may be low in comparison with the rest of the country, Wudrick's analysis can be read in the numbers. In 2014-15 the debt was $12.8 billion  a near 200 per cent rise in just three budgets.

"We are not going to turn into Greece tomorrow," Wudrick said. "The problem is that things like Greece will creep up on people over 10 or 15 years if we don't set a trend towards maintaining balanced budgets, towards paying down debt."

Slide between pictures to see how population sizes compare with total per capita debt for all three levels of government for 25 Canadian cities surveyed by the CBC.

The PBO notes, however, that the situation at the provincial level is much different than it is for the federal government, because the provinces have to pay for health spending, which has been rising faster than the economy has grown.

"The provinces, all of them together, will actually have a major challenge, because if nothing changes, their debt to GDP ratio will actually increase over time so they will fall into a non-sustainable situation," said Mostafa Askari, assistant parliamentary budget officer.

While Wudrick raises concerns about the fiscal danger of multiple levels of government incurring debt, Carr isn't so sure it matters.

"There isn't evidence that having these different levels of government necessarily means greater levels of debt," Carr said. "Japan, of countries in the Western world, has a unitary government and the highest debt-to-GDP ratio almost of any country in the world  approaching 200 per cent."

Carr notes that Canada's debt-to-GDP ratio, the total debt compared to the total annual GDP of the country, is about a quarter of Japan's. Still, he said, debt literacy is an important issue for Canadians.

Statistics Canada's Census Metropolitan Areas population figures were used for 12 cities in this survey, because they were the most up to date and therefore were closer to the budget year for which the debt has been declared.

In the case of Vancouver, Victoria, Montreal and Toronto, StatsCan's City Census Profile population figure from the 2011 Census was used, even though CMA figures were available, because this number better reflected the population for those cities' debt profile.

For the remaining cities in the survey, the City Census Profile population figure was used because it was the most recent number Statistics Canada had for those cities.

In all cases, calculating the per capita debt will deliver an approximation of the per capita debt for a given city because census numbers are either several years old or are estimates based on growth, while debt numbers will have changed from the time they were recorded by the relevant jurisdiction.

source: Canada's debt map: How much governments have borrowed where you live - Politics - CBC News

Re: Canada's debt map: How much governments have borrowed where you live

May 5th, 2016
Lets just keep borrowing until we go bankrupt.

Re: Canada's debt map: How much governments have borrowed where you live