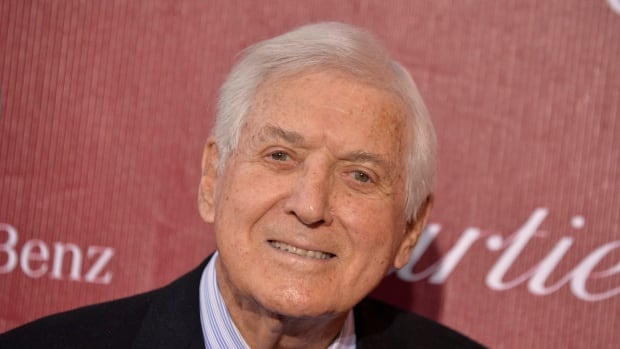 If not for the prejudice of the times, Monte Halperin, the Jewish butcher's kid from Winnipeg's north end, might have entered medical school and Monty Hall would never have been born.

Hall, the engaging, smooth-talking host of Let's Make a Deal for 23 years on all three U.S. broadcast TV networks died Saturday, he was 96.

But in 2002, around the time he was being named to the Order of Manitoba, he recalled that it had been his dream to become a doctor, not an actor.

"Every poor kid wants to get into some kind of profession and, in my case, I wanted to get into medicine to become a doctor," said Hall, a product of the same north-end Winnipeg schools that produced Guess Who frontman Burton Cummings and comedian David Steinberg.

"I applied at the end of my pre-med and I applied the following year. (He wasn't accepted.) My dreams of medicine evaporated."

At the time, there was a secret quota system in place designed to severely restrict access to medical school for Jewish students. It ended shortly after Hall gave up on his dream.

Instead, Hall turned to his other talent: performing.

He had been active in student theatre at the University of Manitoba and worked at a radio station in Winnipeg. After a short stint at the Canadian Wheat Board, he moved to Toronto and continued to work in radio.

While there, he developed and hosted the quiz show Who Am I for CFRB and hosted a CBC television dance program.

He moved to the United States in 1955, where he worked for NBC on radio and television and later CBS, hosting various programs.

He hosted the game show Keep Talking in 1958 but his career path was sealed for certain when, with partner Stefan Hatos, he co-created Let's Make a Deal and in 1963 started offering contestants "Door No. 1, door No. 2 or door No.3."

Take door #1, Monty and have a good trip.

Ignore the guy in the clown costume.