Prof Pillinger was at his home in Cambridge when he suffered a brain haemorrhage and fell into a deep coma.

His family said he later died at Addenbrooke's Hospital without regaining consciousness.

His death was "devastating and unbelievable", they said in a statement.

He told the BBC that Prof Pillinger, who headed the Department of Physical Sciences at the Open University until 2005, had played a critical role in raising the profile of the British space programme, which is growing rapidly, and had inspired "young people to dream big dreams".

With colleagues at the Open University he was keenly looking forward to this year's Rosetta mission.

The European venture plans to put a lander on a comet this November, and an Open University instrument will help investigate the object's chemistry. 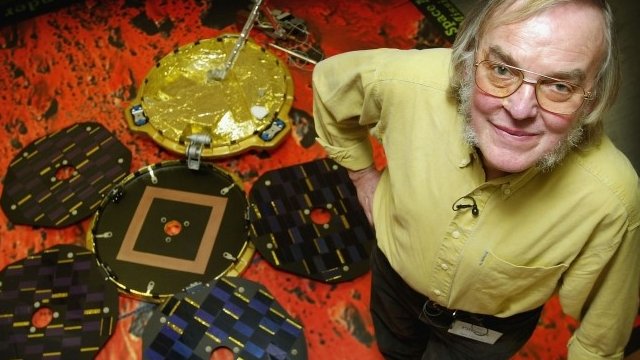 "A man with a mission". Pallab Ghosh reports on the life of Colin Pillinger (above, with British Mars rover Beagle 2)

British planetary scientist Colin Pillinger, best known for his 2003 attempt to land a spacecraft on Mars, has died aged 70, his family have said.

Prof Pillinger was at his home in Cambridge when he suffered a brain haemorrhage and fell into a deep coma.

His family said he later died at Addenbrooke's Hospital without regaining consciousness.

His death was "devastating and unbelievable", they said in a statement.

He told the BBC that Prof Pillinger had played a critical role in raising the profile of the British space programme and had inspired "young people to dream big dreams".

Prof Pillinger was the driving force behind the Beagle 2 probe, which was built to search for life on Mars.

The little craft was carried piggyback to the Red Planet on a European satellite, but vanished without trace after being dropped off to make its landing.

Prof Pillinger continued to push space agencies to complete what he called "unfinished business on Mars", and was sometimes critical of the delays that have seen Europe's follow-up mission, ExoMars, slip back to 2018.

Fans took to Twitter on Thursday to pay tribute to the scientist, with author Keith Mansfield calling him a "great advocate" for space and Mars.

Phil Ford, a writer on Dr Who, said : "Very sad to see Prof Colin Pillinger has died. A proper British boffin who will be fondly remembered for the Beagle Mars mission."

At the age of 62, Prof Pillinger was diagnosed with multiple sclerosis, which made it difficult for him to walk.

He said the illness would not diminish his research, and his motorised buggy was often seen racing around scientific conferences.

"Bloody-minded," was how he described his own approach to life. "If I ever said as a child 'I can't do this', my father would always say, 'there's no such thing as can't'," he recalled on the BBC's Desert Island Discs programme .

With colleagues at the Open University, where he headed the Department of Physical Sciences until 2005, he was keenly looking forward to this year's Rosetta mission.

The European venture plans to put a lander on a comet this November, and an OU instrument will help investigate the object's chemistry.

"It's important to note that Colin's contribution to planetary science goes back to working on Moon samples from Apollo, as well as his work on meteorites," said Dr Parker.

"While we still don't know for certain what happened to Beagle-2, I'd say that the project was a turning point in bringing together the space science and industrial communities in the UK - which didn't used to speak with one voice. Beagle-2 wasn't built in Colin's backyard: it was the product of UK brains and hard-work in many companies and universities."

For the British media, Prof Pillinger was often the go-to man for a comment when a new piece of space science was published.

The press appreciated his straight-talking, and the whiskers and the Bristolian accent just added to his appeal.

He had an especially sharp eye for a good headline, once demonstrating the relatively small scale of Beagle-2 by loading a replica into a supermarket trolley and wheeling it through the car park of the Open University. The footage was picked up by the satirical programme Have I Got News for You? ensuring that news of the mission reached a far wider audience.

On the publication of his biography in 2010, My Life On Mars, he recalled an event that made him realise that the lost probe would be his legacy.

"I pulled into the OU car park and there was this huge lorry, a guy delivering a load of bricks - a builder, obviously," he told the BBC .

"I looked at this guy and I thought 'he's going to take a while', so I dashed in front of him in my car to get into the parking space. Well, the door opened on the lorry and this huge man got out - you could eat your dinner off his hands - and he started walking towards the car. And I thought, 'Bloody hell, I'm going to get thumped'.

"Well, he stuffed this huge paw through the window and said, 'You're the man who launched Beagle-2, aren't you? I want to shake your hand, mate'. And that to me says everything. There's nobody in the UK I didn't reach."

Prof Pillinger was married to Judith with whom he had two children, Shusanah and Nicolas. 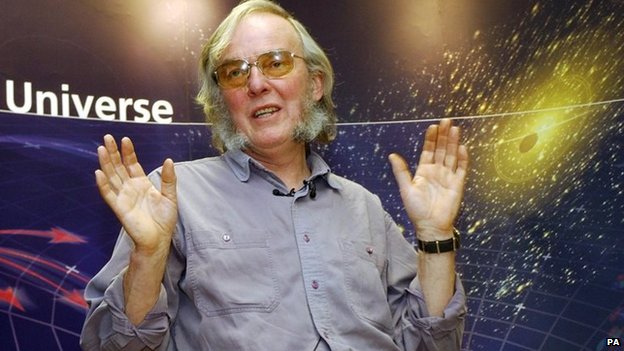 
'The man from Milton Keynes sending a spaceship to Mars' 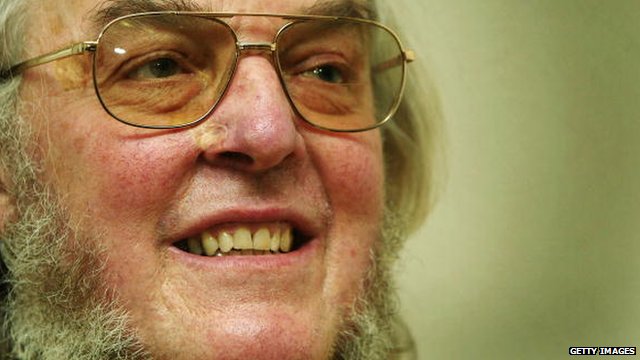 The space scientist Colin Pillinger has died at the age of 70. BBC science correspondent Pallab Ghosh looks back at his life.

I first heard about Colin Pillinger 20 years ago when I was a reporter for BBC Look East.

The editor told me about a "bloke in Milton Keynes who is sending a spaceship to Mars".

As you might imagine I was a little sceptical but, intrigued, I went to The Open University to meet him. 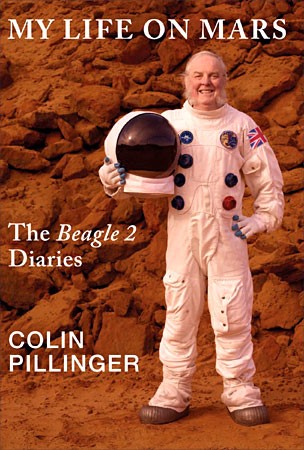 He greeted me warmly and such was his enthusiasm that within minutes he had persuaded me that he really could do it.

With his bushy sideburns and Victorian air, he was a modern day Charles Darwin. He even named his spacecraft after Darwin's research vessel HMS Beagle.

Beagle 2 was a relatively cheap spacecraft, stripped down to the bare essentials. But he had high hopes for it. Never before had an individual researcher sent their own vessel into space, let alone to another planet.

Through the sheer force of his personality, determination and charisma, he persuaded the European Space Agency to launch Beagle 2 in the summer of 2003.

It was supposed to have landed on 25 December. There was no signal from the spacecraft, but Prof Pillinger didn't give up hope.

The hunt went on for weeks using orbiting spacecraft and powerful radio telescopes, but it was never found.

In 2005 Prof Pillinger was diagnosed with Multiple Sclerosis. However, he continued his efforts to lobby space agencies to back another attempt to land on Mars.

Although the professor of space science wasn't successful in landing his spacecraft on Mars - his efforts inspired the nation and introduced a new generation to the wonders of space.

I shall miss him but remember him as someone who reached for the stars and persuaded those around him that they could too.

May 8th, 2014
Probably died of shame from his abject failure.

Probably died of shame from his abject failure.


Half of all missions to Mars have failed, so if Pillinger has died of "failure" for something that was the fault of Mission Control in Germany then he is joining a large group of other people who have died of failure.