Well, the drug store employee advised against cranberries but she backed off when I told her they fed me cranberry juice in the hospital. Grapefruits are a no no!


While you ponder that....before you answer.... remember Plato's famous quote!


While you ponder that....before you answer.... remember Plato's famous quote!


Nah, I've forgotten it. Can I survive without it?

I agree. There are sites like Narcity, Vox, and Vice that are far left. I try to research the reputation for the site in terms of accuracy and if they have too much of a left or right of centre slant.

How about the NY Times?

If it wasn't for Cuomo and Bill de Blasio mishandling of the Corona virus it may have been more equivalent to Canada's numbers.

New research reported in The New York Times indicates that a wave of infections swept from New York City through much of the United States before the city instituted social distancing requirements to stem the tide. Coronavirus spread from New York to states as far afield as Louisiana, Ohio, Idaho, Wisconsin, Texas, Arizona, and even the West Coast, according to geneticists who tracked signature mutations of the virus, travel histories of infected people, and models of the outbreak from infectious disease experts.

We now have enough data to feel pretty confident that New York was the primary gateway for the rest of the country, Nathan Grubaugh, an epidemiologist at the Yale School of Public Health, told The New York Times. While travel from other cities like Seattle also sparked infections across the country, New York City was the primary launching pad of the coronavirus in the U.S.

It looks like most of the domestic spread is basically people traveling out from New York, Dr. Kari Stefansson, founder and chief executive of deCODE Genetics, a leading genome analysis firm based in Reykjavik, Iceland, told The Times.

Overall, Dr. Grubaugh estimated that viruses spreading from New York account for 60 to 65 percent of the infections identified across the country.

If the New York City area does account for between 60 and 65 percent of coronavirus cases elsewhere across the U.S., that represents between 535,845 and 580,499 cases. That means only between 312,576 cases and 357,230 cases came from other entry points, including hotspots like Seattle, Wash., or Miami, Fla. In other words, only between 25 percent and 29 percent of all U.S. coronavirus cases originated from places other than the New York City area.

But it gets worse: this has a huge impact on how the U.S. stacks up with other countries. Many media outlets have breathlessly repeated that America has the most coronavirus cases of any country in the world, along with the most deaths. In terms of raw numbers reported, this is true, but countries like China, Iran, and Russia have vastly underreported their caseloads, so any such comparisons must be taken with a grain of salt.

Comparisons should take population into account, and the U.S. does not have the most cases or deaths per capita. Here are the countries with the most cases per million people:

Similarly, the U.S. does not lead the other countries in deaths per million people, either.

In terms of deaths per million, New York City again blows other countries out of the water  and without the New York City area deaths, America no longer ranks in the top ten.

The U.S. would rank eleventh, with 153 deaths per million.

This lower number would put Americas number of cases per million not just down below the Netherlands (2,469) and Sweden (2,462), but below even Russias misleading figure (1,24

It may not have been possible to prevent the coronavirus spread from New York to the rest of America, but these figures shine a light on just how much the New York City area skews Americas numbers during this pandemic. These figures should also remind Americans that Bill de Blasio originally opposed a coronavirus lockdown in the Big Apple. While the lockdowns may not be effective in other parts of the country, this data suggests New York City was the most important place for a lockdown, and de Blasio pushed against it.

Overall, Dr. Grubaugh estimated that viruses spreading from New York account for 60 to 65 percent of the infections identified across the country.

Back in August, the Ottawa Citizen released a story detailing how the Canadian Forces had been instructed to form a plan to guide its efforts to assist the Trudeau government during the pandemic. That plan happened to include an idea for the Canadian military to be used to monitor individuals on social media who were skeptical about the governments actions.

It sounds ridiculous, but thanks to an access to information request made by Rebel News, we now have that plan. On yesterday's episode of The Ezra Levant Show, Ezra delved into the details of the 15-page report, saying:

In the end, the government claims they did not approve this plan. Of course, it's hard to know with propaganda. Sometimes you can see propaganda, it's not pretending to be hidden... The thing about propaganda is it's not always what they call 'white propaganda'; there's 'grey propaganda'; and then there's 'black propaganda' which hides who's doing it and what it is.

So perhaps the story in the Ottawa Citizen that the Trudeau government nixed the campaign — maybe that's a true story. Or perhaps it's a form of propaganda itself, using the Ottawa Citizen to spread propaganda that 'no, no, no, the Liberals would never spy on Canadians. Pay no attention to this 15-page document that was written and reviewed by literally dozens of senior military people. No, no, no. It's dead. So if anyone ever mentions it or suspects it, you can know we nixed that idea.'

Just ask the Ottawa Citizen which takes $140,000 a week from Justin Trudeau's Liberals. So you know they would never lie to you.

That's the thing about engaging in deception: once you do it, people are never quite sure if you've stopped, even if you say you have.....More

Trump should have thought of this

How about the NY Times?
If it wasn't for Cuomo and Bill de Blasio mishandling of the Corona virus it may have been more equivalent to Canada's numbers.
Here's How Much New York City Is Skewing America's Coronavirus Numbers

Yeah but you know, Trump.

Nah, I've forgotten it. Can I survive without it?


For sure, they can get a little boring!


Good. Lock the bastard down for 14 years and not days. Just saying. Lol.

Good. Lock the bastard down for 14 years and not days. Just saying. Lol.


You can't really blame her when so many people refuse to listen to or follow simple instructions.

4 weeks ago
Emails Detail Effort to Silence C.D.C. and Question Its Science


this has the low life potus signature all over it.
There is nothing he won't destroy in order to elevate himself.....

4 weeks ago
Biden needs to right die with fire. He
E needs to disclose that Trump was having a sexual relationship with his daughter

Biden needs to right die with fire. He
E needs to disclose that Trump was having a sexual relationship with his daughter

4 weeks ago
Are you high?

4 weeks ago
Can anyone explain to me why the Quebec government intends to fine those of us who don’t wear masks when they allow classrooms full of kids with no masks? If masks really worked, you’d think the government would mandate them in the classroom along with 6 feet social distancing?

Well, last weekend many of us who are fed up with constant government intrusion into our private lives took to the streets to demonstrate. Our troops paid the ultimate price in various wars and conflicts so we can enjoy the liberties and freedoms that we have today. We should not sit idle like sheep and let government (big brother) take these rights and freedoms away from us. Going out onto the streets to demonstrate is the most effective ray to voice our displeasure at what the government is doing.

A Huge Anti-Mask Protest Took Place In Montreal & 'Trump 2020' Flags Were Everywhere
Protesters marched through the streets of Montreal on Saturday, September 12.

On Saturday, September 12, a Montreal protest took place where individuals showed their support of Donald Trump's presidential campaign, as well as anti-mask and anti-vax views surrounding the COVID-19 pandemic. Some have referred to this as a "Freedom Protest." This is not the first protest on the topic since the start of the pandemic back in March.

For sure, they can get a little boring!

There seems to be ample evidence that at least some places need locking down.

Apart from those people who have Currarino syndrome.

There seems to be ample evidence that at least some places need locking down.


The border already is but illegals are still being tested on our dollar.

Health officials are also reporting 40 historic cases that were tested between Aug. 11 and Sept. 16 for individuals did did not have personal health numbers.

4 weeks ago
O'Toole has tested positive for the virus.

CTV reporting at the moment.

4 weeks ago
Chris Rock: Coronavirus smacked U.S. because 'Pelosi and the Democrats' obsessed over impeachment

O'Toole has tested positive for the virus.
CTV reporting at the moment.

He followed distancing protocols to the letter 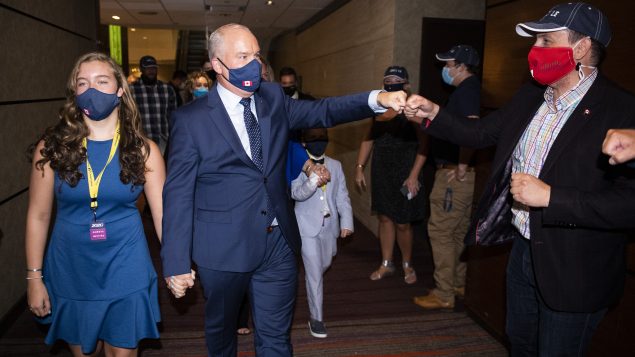 O'Toole has tested positive for the virus.

CTV reporting at the moment.


Probably not all that surprising - Itès about two weeks since the convention!

Probably not all that surprising - Itès about two weeks since the convention!