A Danish man who posed a video of himself setting fire to the Quran on Facebook has been charged with blasphemy in the first such prosecution for 46 years.

The 42-year-old suspect put the clip, entitled "Consider your neighbour: it stinks when it burns" to a group called "YES TO FREEDOM - NO TO ISLAM" in December 2015.

Jan Reckendorff, from the public prosecutor's office in Viborg, said: "It is the prosecution's view that circumstances involving the burning of holy books such as the Bible and the Quran can in some cases be a violation of the blasphemy clause, which covers public scorn or mockery of religion.

"It is our opinion that the circumstances of this case mean it should be prosecuted so the courts now have an opportunity to take a position on the matter."


That was a joke, of course. It's already happened here.

Not only did NOBODY get "questioned" about the BLATENT BLASHPHEMY of "Piss Christ" ... they were GIVEN a Federal Government AWARD for making it.


I vote that the government BUTT-OUT of ALL Free Speech ... including FUNDING for any point of view expressed through ... someone's twisted interpretation of "Art".


The government should ONLY restrict VIOLENCE which ensues from the FREE EXPRESSION of opinion. PERIOD. Which means locking-up (or worse) a great number of Muslims. And letting "controversial filmmakers" go FREE.

Feb 24th, 2017
The Man Behind Islamophobia Admits He Got Almost Everything Wrong About Muslims in His Country

The most comprehensive survey of British Muslims to date has the man who introduced the term Islamophobia to Britain now criticizing that nation's commitment to multiculturalism.

Liberal opinion in Britain has, for more than two decades, maintained that most Muslims are just like everyone else, Trevor Phillips, a former chairman of the Equality and Human Rights Commission, writes in an op-ed for the The Sunday Times, We now know that just isnt how it is.

Among the new survey's findings: Women freed from ISIS celebrate by burning their niqabs

Hold on. This cant be right. I thought covering up was a choice they were free to make. Surely we haven't been lied to.﻿

just say no to radical islam.

hey flossy...what's up in your hood these days bro?


Bonnie Crombie, Mayor of Mississauga, the sixth most populous city in Canada, reassures Canadians that Motion 103, aka the anti-Islamophobia motion, will not restrict the freedom of speech, including the right to openly criticize Islam and its founder Mohammad who is deemed by Muslims as the final Prophet.

Mayor Crombie’s statement was made on February 22, 2017 during the debate in City Council over Motion 103 and in response to a question posed by Sandra Solomon, a human rights activist and an ex-Muslim who was raised in Saudi Arabia.

Sandra Solomon noted that three senior Imams (Muslim religious leaders) in Ontario and Quebec said publicly that Muslims who left Islam (apostates) or anyone who insults the “Prophet Mohammad” should be executed in The Islamic State. She added that the same ruling appears in a free book that was distributed at the Islamic booth at Toronto’s Dundas Square (for more information click HERE ).

Based on this, Sandra Solomon told Mayor Crombie that she has concerns about her life and her child’s life asking the Mayor whether Motion 103 can help her against the Islamic rulings on apostates and those who criticize Islam.

In this regard Mayor Crombie said the following (to watch the video click HERE ):

Responding to another question by Sandra Solomon whether she is allowed to to criticize Islam and Mohammad without fearing for her life, Mayor Crombie said:

This is your right. This is Canada. Thank you for coming forward.

Feb 24th, 2017
Man spat in face of toddler because white people should not breed

Feb 25th, 2017
Man yelled 'get out of my country' before shooting 2 men from India at Kansas ba

In its continuing efforts to regress back to the 7th century, Iran is again making a fool of itself:

Dorsa Derakshani flouted Iranian law by refusing to wear the traditional Muslim headscarf while competing as an independent player at the recent 2017 Tradewise Gibraltar Chess Festival. Her brother, 15-year-old Borna Derakshani, was also banned from the chess team for competing against an Israeli player in the same tournament.

Both siblings are now prohibited from competing in future international competitions.

And this after U.S. Women's Champion Nazi Paikidze-Barnes and other players refused to play in the WWCh. tournament in Tehran.
Why? Because

Iran is notoriously anti-Semitic, prohibiting its sports athletesincluding chess players like Derakshanifrom fraternizing with and competing against Israelis.

OK, fine. Then Iran should be booted out from and all international sports federations that it is a member of. Screw 'em. If that country wants to act like a petulant child, it should be treated like one.
About her boycott of the WWCh., Ms. Paikidze-Barnes said:

I think it's unacceptable to host a WOMEN'S World Championship in a place where women do not have basic fundamental rights and are treated as second-class citizens. For those saying that I don't know anything about Iran: I have received the most support and gratitude from the people of Iran, who are facing this situation every day.

This seems more clear-eyed than Magdalena Andersson, the Finance Minister of Sweden and proud-n-fierce feminist who donned the hijab for her earlier visit to Iran, and then insulted pretty much every woman in that country when she said something like "what's the big deal, it's just a hat." 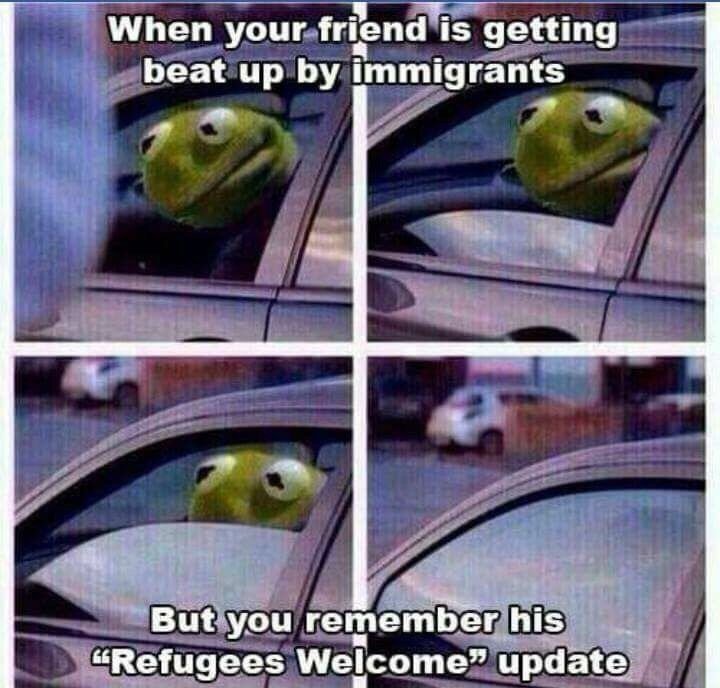 "Nearly a week after the death of the "blind sheik" Omar Abdel Rahman in a U.S. prison, the New York Times published an interview with his lawyer, Lynne Stewart, in which she remembered Rahman not as a terrorist but as the 'personification of an American hero.'"

THIS IS WHO THEY ARE AND WHAT THEY DO: Could the New York Times have found a softer couch for its recollection of the blind sheik? Nearly a week after the death of the blind sheik Omar Abdel Rahman in a U.S. prison, the New York Times published an interview with his lawyer, Lynne Stewart, in which she remembered Rahman not as a terrorist but as the personification of an American hero.'


Shades of the Gray Ladys glowing obit of Joseph Stalin, and fawning profile of Bill Ayers, the latter, in a macabre bit of synchronicity, published the morning of September 11th, 2001.


Could the New York Times have found a softer couch for its recollection of the blind sheik?  twitchy.com 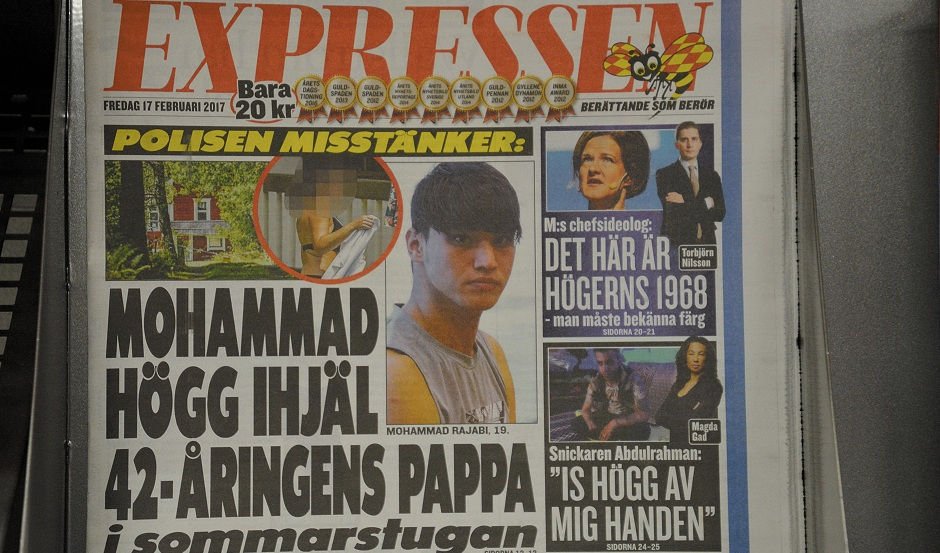 
Mayhem in Germany as traffic is blocked off and gun shots are fired by refugees. We're closer to seeing Germany go full Sharia Law.

Feb 28th, 2017
The title of this thread is misleading: the Islam is different from Muslims, just as how the original religion of Moses is different from Jews and the teachings of the Christ is other than Christians.

Muslims, most of them, work contrary to the teachings of the Quran, so that they have fallen in the idolatry of sanctifying and glorifying the graves and tombs of the imams and sheikhs in addition to sanctifying even the tree and the stone.. so they followed in the footsteps of the previous nations of Jews and Christians, and Muslims have contradicted the main point in the Islam religion: No god but God alone without associate or peer.

Therefore, if truly the OP and others are seekers of the truth .. let them criticize their nations before criticizing Muslims and should not spread the anti-Islam and anti-Muslim propaganda.

Mar 3rd, 2017
Man who threatened to bomb Muslims at university on behalf of "conservatives" is a Lebanese called Hisham Saadi.

Immigrant arrested after he 'threatens to bomb' train in Spain | World | News | Express.co.uk

Man who threatened to bomb Muslims at university on behalf of "conservatives" is a Lebanese called Hisham Saadi.

That bomb threat? Yeah, it's what everyone thought. Another in a long string of false-flags. Course, being obvious bait, the media was trumpeting "Council of Conservative Citizens of Canada" all over the place. That's the narrative the media would like to believe about conservatives. Fake but true.


Hisham Saadi - PhD student at Concordia of Lebanese decent who may or may not be a citizen.