Hoo Hoo Hoo.
Those soundly beaten in two small wars were by an Islamic mercenary army recruited with the permission of the Sublime Porte in Egypt, plus the eight marine officers / recruiters...

The sublime Porte was 'p-owed ' by the Barbary states which were in REVOLT.

and THE SULTAN OF Morocco had signed a treaty , avoiding war.First Barbary War - Wikipedia, the free encyclopedia

Read on, my friend.

Read on, my friend.

After the First Barbary War, the European nations had been engaged in warfare with one another (and the U.S. with the British). However, in the years immediately following the Second Barbary War, there was no general European war. This allowed the Europeans to build up their resources and challenge Barbary power in the Mediterranean without distraction. Over the following century, Algiers and Tunis became colonies of France in 1830 and 1881 respectively, while Tripoli returned to the control of the Ottoman Empire in 1835. In 1911, taking advantage of the power vacuum left by the fading Ottoman Empire, Italy assumed control of Tripoli. Europeans remained in control of the government in eastern North Africa until the mid-20th century. By then the iron-clad warships of the late 19th century and dreadnoughts of the early 20th century ensured European dominance of the Mediterranean sea.[ citation needed ]

The Ottoman empire had fought a number of battles during the Napoleonic wars, usually in alliance but occasionally against British Sea power, and had no illusions about what their breakaway states would face.

Ref to the career of Sir Sydney Smith, the 'Swedish Knight".

Sep 2nd, 2013
This is how the loonies have to play when all else is futile...the elephant is just too damn big for the room...adding a 'phobe', 'ism', ist' and so on. Creating a false stigma to which they can all rally against...maybe hold a fundraising telethon and sing a cathartic verse of kumbaya to find themselves.

Politico reported Monday that two comedians are tackling the sensitive topic of Islamophobia in the way they know best: laughter. The article, entitled Film tackles Islamophobia with humor, puffs up Negin Farsad and Dean Obeidallah, "the co-directors of The Muslims Are Coming! which tracks a group of Muslim-American stand-ups as they perform across the country and tackle peoples stereotypes.

Sep 3rd, 2013
Check the closet for boogiemen before you watch it.

Here is a screen capture from Frances law enforcement most wanted list . Out of the top 100 most wanted, over 90% appear to be from a group that is less than 10% of Frances population. Based on the name and look, it can be fairly accurately determined what that group might be. Sep 3rd, 2013
The only people who can afford "buy your way in immigration" is criminals.

We had the same problem with crooked Asians that bought their way in back in the 90's. It's slowed a little these days.

Now it's criminals on the refugee ticket.

I guess we get what they pay for.


I came out to find my legally parked van blocked in by illegally parked cabs. I asked a wandering traffic cop to give the cab a ticket since he was making me late for my next appointment. I was told, we are not allowed to ticket the taxis because they were worshiping in the mosque around the corner. There was no way for me to leave and I had my worker on the click as well. This is particularly infuriating because if I let my meter expire 1 minute for ANY reason, I am guaranteed a $130 ticket.

Bride, 8, dies of injuries on wedding night in Yemen | GulfNews.com

Sep 8th, 2013
We'd better get some marriage laws, next thing you know there will be a TV show called Prepubescent Brides that will only encourage the arranged marriage whack jobs to come to Canada to take advantage of our lax laws.

Well Colpy? Are they still our ally or gingerly playing both sides? 
How convenient. After all, you're paying for them.

Men will now have two more places to urinate. And since Canadian students are footing the bill for these Muslim footbaths at the University of Regina, everyone should be entitled to use them. CANADA: Guess what these areand guess whos paying for them? | BARE NAKED ISLAM

I'm sure there's some reason I should give a damn what Gene Simmons thinks about anything, I just can't quite figure out what it is.

Speaking in tongues was a Gene Simmons' speciality...


How convenient. After all, you're paying for them.

Men will now have two more places to urinate. And since Canadian students are footing the bill for these Muslim footbaths at the University of Regina, everyone should be entitled to use them.

CANADA: Guess what these areand guess whos paying for them? | BARE NAKED ISLAM

CANADA: Guess what these are…and guess who’s paying for them? | BARE NAKED ISLAM

Actually, those are kinda neat. lave and let lave..

There are more civilized solutions: 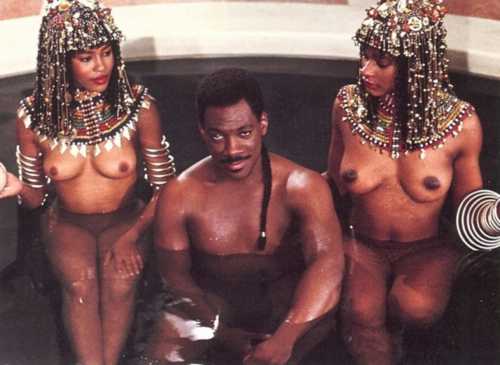 
the units are probably covered by full surveillance cameras, open and hidden, Anyhow- what is wrong with installing footbaths? More work for local plumbers.

Urinating in them would be like, say, someone urinating in a wash basin.

We hired alQaeda to start this. Do you know why? Do you think Ezra would tell you why? Does he know why? Damn rights he does.

A newly leaked U.S. diplomatic note says Libya threatened to nationalize Petro-Canada’s operations in the North African country over a spat with the Conservative government

Libyan leader Moammar Gadhafi cancelled a September 2009 stopover in Newfoundland after Foreign Affairs Minister Lawrence Cannon promised a tongue-lashing for the hero’s welcome that Libya extended to a man convicted in the 1988 Lockerbie bombing.

The U.S. cable, obtained from WikiLeaks by British newspaper the Daily Telegraph, says Libya’s state oil company called in a senior Petro-Canada official with a threat to nationalize the firm’s operations in Libya if Canada did not apologize.

The cable says Canada’s ambassador to Libya, Sandra McCardell, told the U.S. embassy in Tripoli the Libyans demanded the apology within 24 hours.

“McArdle said she has advocated some kind of public and private statements from the Canadian (prime minister) and (foreign minister), which would indicate a Canadian welcome for the Libyans and hopefully turn the situation around,” the cable says.

“Libyans here are frantically calling the Canadian embassy, concerned that if the issue is not resolved, Gadhafi’s trip home will be complicated by lack of a place to stop for necessary refuelling.”

The Sept. 28, 2009, cable also says McCardell told her U.S. counterpart that Ottawa had initially planned to refuse the eccentric Gadhafi permission to stop on Sept. 29-30 in Newfoundland en route to Spain from the United Nations.

In the meantime, Canadian companies with business interests in Libya “launched a furious lobbying effort” and persuaded the Conservative government to allow the trip to go forward, the note says.

“However, McArdle said that the Canadian government’s precarious domestic situation and upcoming elections pressed the foreign minister (Cannon) to go public with his very stern message.”

Though Gadhafi’s government did not follow through on its apparent threat to take over Petro-Canada’s operations, a second WikiLeaks cable obtained by the Daily Telegraph indicates it doled out a milder punishment.

The Libyan government issued an order Sept. 30, 2009, forcing Petro-Canada and its operator, Libya’s Hrouj company, to cut production by 50 per cent, the note says.


What do you think Syria is all about?

And on the lighter side of Islam:

And on the lighter side of Islam:

Yeah I noticed him a few days ago. Lovely man.

Yeah I noticed him a few days ago. Lovely man.

If I gave you a list of 20 groups over there right now would you be able to match them to their ultimate controller?

A radical Muslim is the one demanding women wear veils and stay out of sight. The US hired them to be the opposition to the USSR troops being in Afghanistan. They are the ones that like to throw acid in womens faces. The 'moderate Muslims' were the ones that had almost eradicated the old land barons if they resisted adopting the UN Human Rights documents that everybody signed. The very groups you are (rightfully) condemning are fully funded ny the US and the Usual Suspect Nations. I need to know if you are aware of that aspect of your (justified) rants.
Last edited by MHz; Sep 29th, 2013 at 04:03 PM..

The women will win eventually, it's just how bad their life is in the mean time in so many Muslim countries around the world. Driving is just one issue. The guy is a d ick.

The women will win eventually, it's just how bad their life is in the mean time in so many Muslim countries around the world. Driving is just one issue. The guy is a d ick.

Explain why the Gov in Bahrain is not when they will use Saudi tanks against a few protesters.

I'm pretty sure the oil would be part of the rescue plan, even higher on the list that human rights.


Gee, I remember a long while ago the forum's Admin said we were not to post photos of dead children in response to my posting of dead Iraqi children thanks to Bush's invasion of Iraq.


Has that standard been removed by the Admin or was his instructions intended to make Bush's actions seem a bit more benign than there were?


No criticism of the poster above intended, jus' askin' ya know ....

Sep 29th, 2013
I propose that children stop being killed so pictures are not available to be posted. Do I have a 2nd?