Blackleaf
#1 Oct 10th, 2010
The new leader of the Labour Party, Ed Miliband, has announced his new Shadow Cabinet - and there is one major surprise.

It was thought that the post of Shadow Chancellor of the Exchequer would go to either Ed Balls or his wife Yvette Cooper. Instead, Miliband decided to give the job - the second most important in the Shadow Cabinet after that of Leader - to Alan Johnson.

Johnson, a former supermarket shelf stacker, postman and Marxist, was Home Secretary from June 2009 until May this year when Labour were ousted from power. It was thought that the job would go to either Balls or Cooper as they are more experienced in economics. Asked by the BBC what his first move would be in the job, he joked that it would be to "pick up a primer in economics for beginners".

But Johnson, shadowing Tory George Osborne, has already vowed to do the best he can to fight the Coalition Government's planned spending cuts. "These are cuts of a scale which we have never seen before," he said. "I believe the government is cutting too fast and too deeply."

However, Balls and Cooper have both been given the other two big jobs of state in opposition. Ed Balls has been named Shadow Home Secretary and Yvette Cooper - a supporter of the Iraq War - is Shadow Foreign Secretary and Shadow Secretary of State for Women and Equalities (I wonder if it's the first time a husband and wide have had those two jobs at the same time).

Under the last Labour government there were complaints in England (and probably Wales and Northern Ireland) that the UK was being run by a "Scottish mafia." However, the number of Scottish ministers in Labour's new shadow cabinet is the lowest it has been for any Labour cabinet or shadow cabinet for twenty years.

Labour MPs voted for the candidates they wanted to be in the Shadow Cabinet and then Ed Miliband was free to choose which MP he wants in each job out of those elected.

Due to Britain having a Tory/Liberal coalition government, Labour is the only major party in opposition.

Ed Balls, widely tipped for the Treasury brief, will be shadow home secretary, while his wife Yvette Cooper is shadow foreign secretary.

On the crucial issue of the deficit, Mr Johnson said the government was cutting spending too far and too fast.

But he acknowledged his lack of economic experience, saying he was being "chucked in the deep end".

Asked by the BBC what his first move would be in the job, he joked that it would be to "pick up a primer in economics for beginners".

He said he would draw on the experience of other colleagues who had served in the Treasury and it was a "glorious thing" about British politics that politicians had to learn quickly on the job.

Government plans to cut spending by 25% in many departments risked "creating mayhem", he stressed.

"These are cuts of a scale which we have never seen before," he said. "I believe the government is cutting too fast and too deeply."

"There is an alternative," he added. "The government is saying there is no alternative. They are saying it is unavoidable. It is avoidable."

During the election, former Labour chancellor Alistair Darling called for the deficit to be cut in half over four years but Ed Balls has since said this is too aggressive and needs to be done more slowly.

Asked which camp he was in, Mr Johnson told Sky News that Mr Darling's policy remained the "starting point" for his thinking but Labour had lost the election and needed to "reassess" its position on all key issues.

"I never agreed that Alistair's proposals were over too short a period," he said.

"I think he got it just about right. But nothing is preserved in aspic. There have been developments since the election and we need to take all those into account."

BBC Political Editor Nick Robinson said Ed Miliband's decision to appoint Mr Johnson as shadow chancellor was a "sign of his relative weakness in the party".

Mr Johnson is a "loyalist by instinct", who is not likely to come up with an alternative economic policy, but he will be able to unite the party after a divisive leadership contest and "deploy his wry humour and connection with the real world to portray George Osborne as an out-of-touch rich kid," added Robinson.

The ex home secretary is a former postman and trade union leader, who held a string of top jobs when Labour was in government, and was a vocal supporter of David Miliband during Labour's leadership contest.

But Transport Secretary Philip Hammond said his economic record and views were "a bit of an unknown" and he seemed like a "caretaker appointment".

"It's a very surprising appointment. Ed Miliband said he wanted to move on to a new generation of Labour politicians but Alan Johnson is frankly from the last generation," he told the BBC News Channel.

He said Mr Johnson would now have to say whether he would deliver on Ed Milband's promise of a shadow spending review and where he stood on his predecessor Alistair Darling's pledge to halve the deficit in four years.

"Her leader now claims Iraq was a mistake, does Yvette Cooper feel the same way?" he said.

"Ed Miliband claimed to represent a 'new generation', but his shadow cabinet looks very much like the New Labour establishment that came before it."

Questioned about her stance on the Iraq war, Ms Cooper said: "There were no weapons of mass destruction, so of course that means we were wrong about that. We have to recognise that and move on from that."

She said being offered the role of shadow foreign secretary was "a great honour".

Her husband Ed Balls, who like her had been tipped for the shadow chancellor role, said he had been "surprised" by being handed the home affairs brief instead.

He said economic policy was "important" to him but he was "pleased" to be shadow home secretary and it was "not about who's doing the job, it's about winning the argument".

"It's a hugely important job and I am looking forward to doing it," he told the BBC News channel.

In other shadow cabinet appointments, Andy Burnham was named shadow education secretary while John Healey, who did well in the poll of MPs, gets health.

Sadiq Khan, who was Mr Miliband's campaign manager in the leadership election, is rewarded with the post of shadow Lord Chancellor and justice secretary.

He will also be responsible for shadowing Deputy Prime Minister Nick Clegg over his constitutional and political reform programme.

Peter Hain and Shaun Woodward, who both failed to gain enough votes from MPs in shadow cabinet elections, will carry on shadowing Wales and Northern Ireland respectively, as part of a handful of posts appointed at the leader's discretion.

Maria Eagle is shadow transport secretary, while her twin sister, Angela, is shadow chief secretary to the Treasury.

Liam Byrne, the former Treasury chief secretary who famously left a note saying "There is no money left", is shadow Cabinet Office minister.

Announcing his new team Ed Miliband, who two weeks ago beat his brother David to the Labour leadership by a narrow margin, said: "My team is united in one central mission for the future - to win back the trust of the British people and take Labour back to power.

"Together, this new generation of Labour will work together to reject the pessimism of this coalition government as we set out our vision of what Britain can achieve."

In other reaction, the Scottish National Party said there were fewer Scottish MPs on Labour's frontbench than at any time in the past two decades.

Ed Miliband's shadow cabinet - who has got what job?

Age: 42
Verdict: A former whip, she is seen as one of the party's rising stars. Should have a long career at the top. 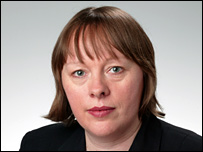 Age: 49
Verdict: Gutsy former minister who was a key supporter of the Justice for Hillsborough campaign.

Hilary Benn: Shadow Leader of the House of Commons Age: 56
Verdict: Another Ed Miliband supporter who has been rewarded with a key post.

Age: 41
Verdict: A big step up for the former Home Office minister. Well liked in the party but untested at this level.

Age: 43
Verdict: Very capable politician who ran David Miliband's campaign. Will be happy with the appointment.

Age: 49
Verdict: Knows the turf having worked in department before. Will be a good foil to Eric Pickles.

Age: 50
Verdict: Deserved promotion for well-liked but little-known politician. Will lead the fight against the Coalition's health reforms.

Age: 57
Verdict: Solid, reliable performer who backed Ed Miliband for the leadership. Will suit his talents.

Age: 60
Verdict: May be seen as demotion for someone who successfully held the fort during the leadership contest.

Age: 60
Verdict: Gets the top job and the chance to show he is Labour's best communicator.

Yvette Cooper: Shadow Foreign and Commonwealth Secretary and Minister for Women and Equalities 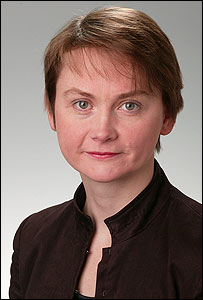 Age: 40
Verdict: One of the three big roles but some believe it may not be best use of her talents.

Age: 43
Verdict: Not the job he coveted but his combative style suits the Home Affairs role. Theresa May should be quaking in her kitten heels.

Age: 52
Verdict: Well liked in the party but has a tough task keeping MPs united after bitter leadership race. 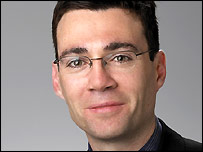 Age: 40
Verdict: Will relish the chance to take on Michael Gove and rip apart his free schools policy. Merits the additional role of election supremo.

Age: 40
Verdict: A plum job for a rising star. Will be seen as just reward for running Ed Miliband's leadership campaign.

Douglas Alexander: Shadow Secretary of State for Work and Pensions

Age: 43
Verdict: A good fit for a bright politician who is good at mastering detail.

Re: Shadow Cabinet: Miliband appoints Alan Johnson as Shadow Chancellor of the Excheq

I can hardly contain my excitement that I finally know latest batch of commies in England's Shadow Government!!