SOMETIMES, late at night, I have horrible doubts.

I worry that maybe we were wrong to vote for Brexit. 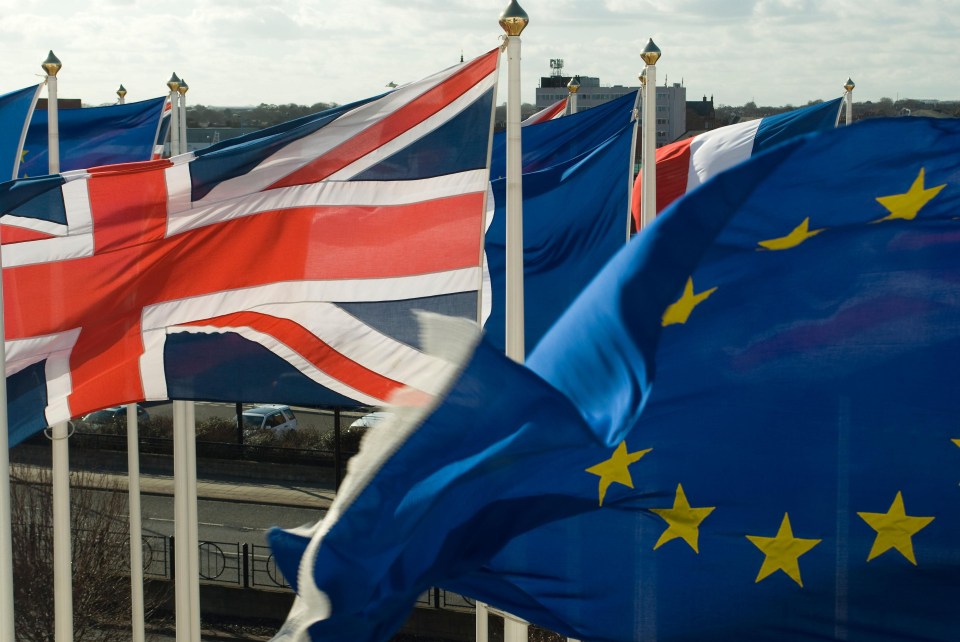 Not because of the economy  thats doing fine. Just because I am so bored with the relentless whining and scheming of the hysterical, bed-wetting Remainers.

Determined to do everything they possibly can to thwart the will of the public. Using every undemocratic trick in the book to make sure we stay inside that bureaucratic mess.

Maybe it would have been better just to let it lie, I think to myself. Let them have their way. Then wed be spared the toys thrown out of the pram, the screaming, the tantrums, the manifest hypocrisy of these losers. 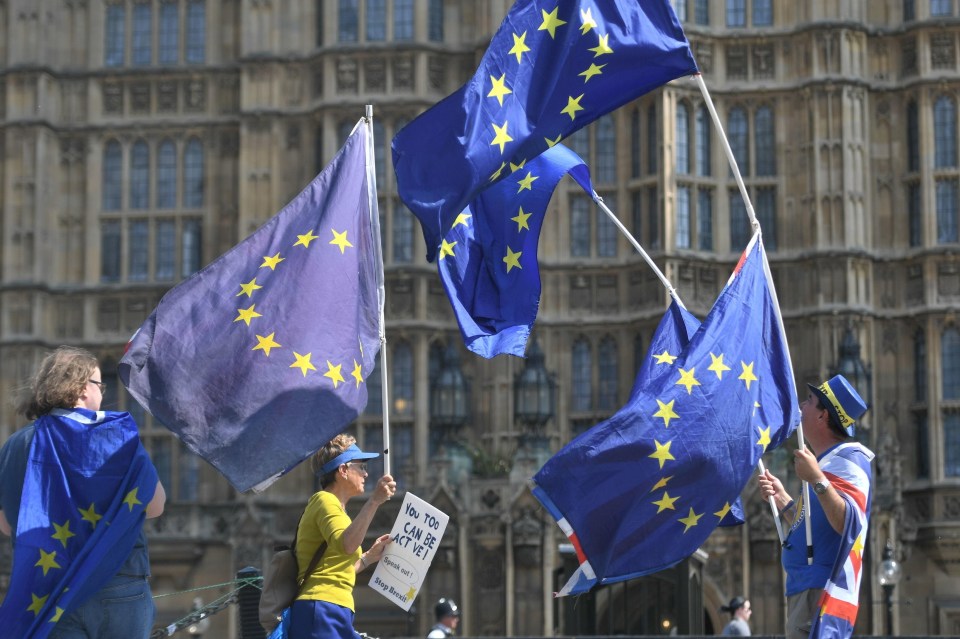 Remoaners need to give it a rest

But then, the next morning, I read what is happening in Europe. Seemingly every day, more evidence that this European project is coming apart at the seams.

The Continent is in revolt against the European Union and it wouldnt surprise me if the whole thing ceased to exist before we have a chance to leave it.

The thing driving this mass revolt is, of course, the catastrophic decision to let in a huge influx of economic migrants from predominantly Muslim countries.

Nobody wanted this, apart from the liberals who run the EU. And it is tearing the union apart.

Slovenia  a lovely country  is just the latest to elect a government which says bluntly: No more immigrants.

They join the Czech Republic, Slovakia, Poland and Hungary in being deeply opposed to any more immigration and sceptical of the EU. These countries know very well what its like to live under the heel of an undemocratic, bullying empire. 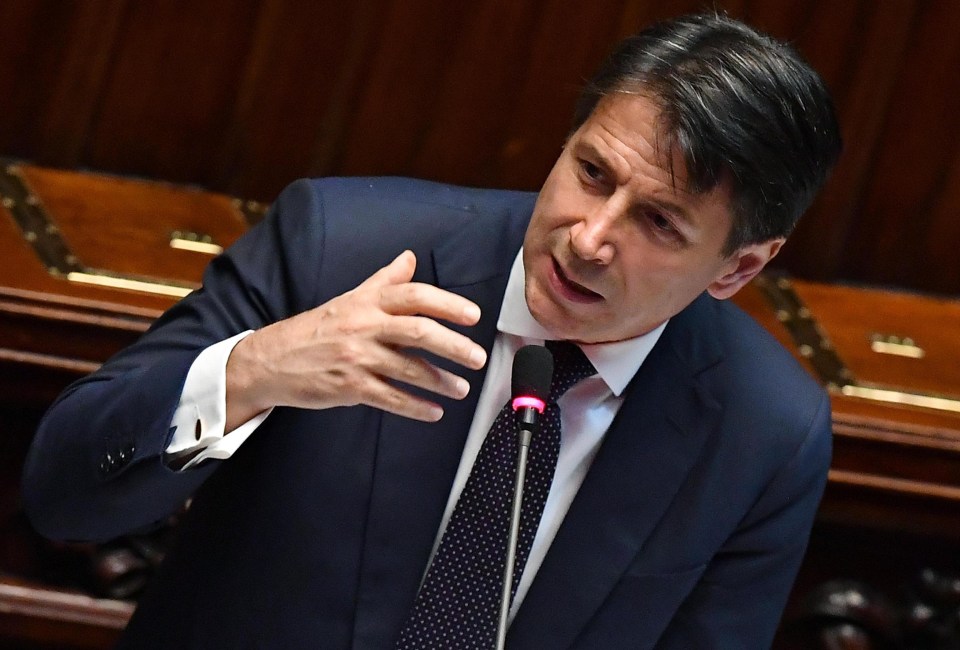 Then theres Italy, which has elected a populist coalition government that wants an end to immigration and has no time for the EU. You can add good old Austria into the mix as well. One by one, the people of Europe are making their position very clear.

Weve had enough. Enough immigration. Enough of being dictated to by the Germans and the French as to how we should run our countries. Liberal Sweden and Denmark have had enough too.

The Danes have just banned the burqa.

And how has the European Union reacted to these developments?

With threats to each and every country concerned.

Nein, the EU says. You will do things our way.

If you elect governments we do not like, we will punish you, fine you, take away your rights to vote.

Theyve done that to Hungary and Poland and are threatening to do the same to the Italians. The EU bureaucracy becomes more authoritarian with every day that passes.

Its disgusting behaviour over the Catalan demands for independence from Spain showed this staggering, hopeless, cumbersome and incompetent organisation in its true light. 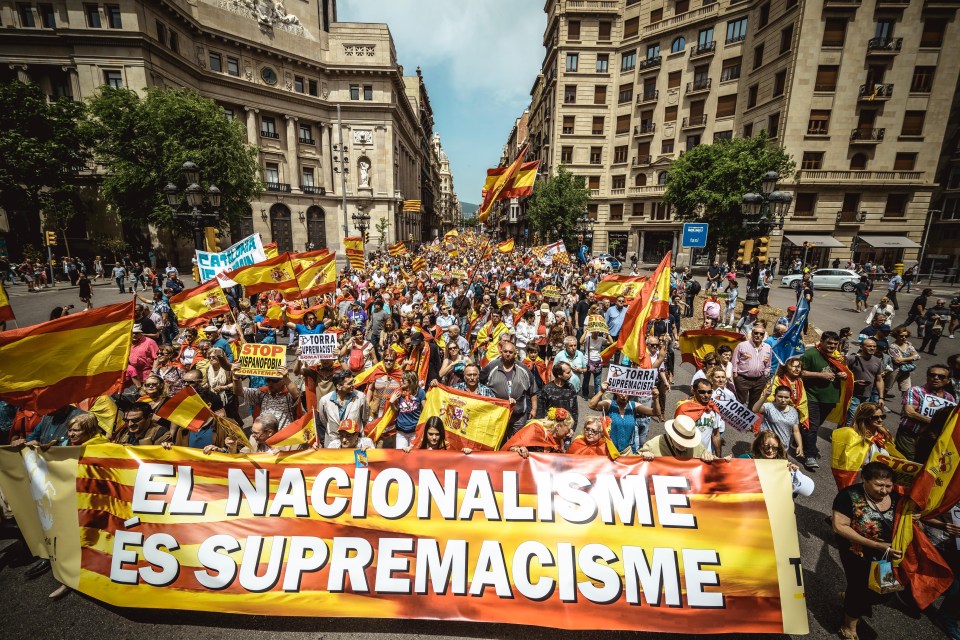 It connived in the arrests of the Catalan independence leaders. It told the Catalans they had no right to self-determination.

It is not stretching it to call this a form of fascism. We know whats good for you, do as we demand.

These Brexit negotiations will drag on.

Our Government is weak and the opposition increasingly opportunistic.

But if you ever have your doubts about leaving the EU, just look across the North Sea and view what is happening there. Those doubts will be banished in a nanosecond.

Sorry Boris, this isnt quite Thunderbirds

LOOKS like the third runway at Heathrow is going ahead. Theresa May has told Boris Johnson to shut up about opposing it.

Boris wanted to build a giant island in the Thames Estuary, like something out of Thunderbirds. That was a stupid idea. 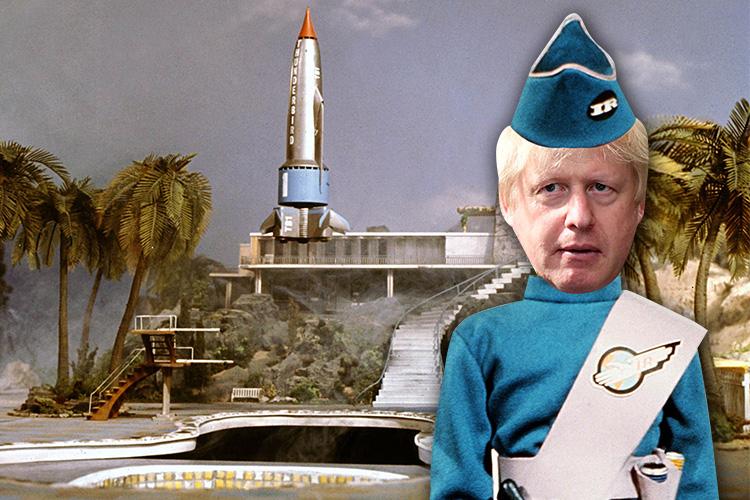 I do wonder if we need more capacity at all, mind. Theres hardly anywhere in the world to go where you wont get blown up, stabbed or have your head chopped off.

Or face angry local residents screaming at you to go home because they hate tourists, as in Spain.

And flying isnt much fun these days, is it? 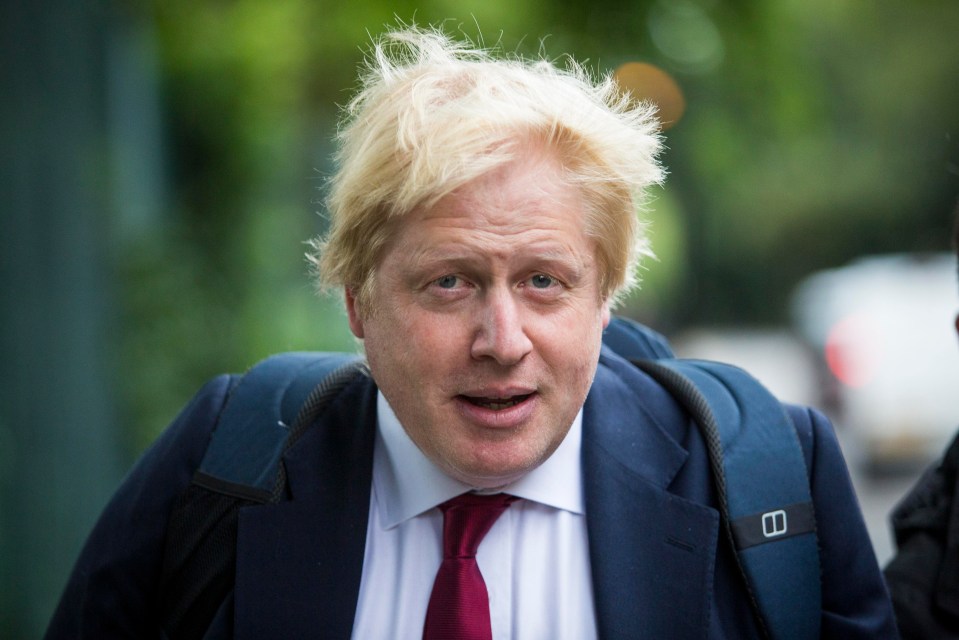 Nor do many holidaymakers enjoy themselves very much when they get there.

Thomas Cook recently published a bunch of complaints from tourists. One woman moaned that she hadnt been warned in advance that all the food was spicy.

She was on holiday in India.

Best we all stay at home, I think.

THERE are grave worries about the state of our nation.

Apparently, more people applied to be on Love Island than applied to get into Oxford and Cambrdige universities.

Hmmm. Its a close call for me.

Spend a few weeks in the sunshine surrounded by people with the IQ of a shrubbery and suntans created out of Bisto gravy granules.

DONT agree with much Gary Lineker says but I think hes right about the World Cup.

The jug-eared pundit insists we should stop slagging off Russia and prepare to enjoy the football. Quite right. 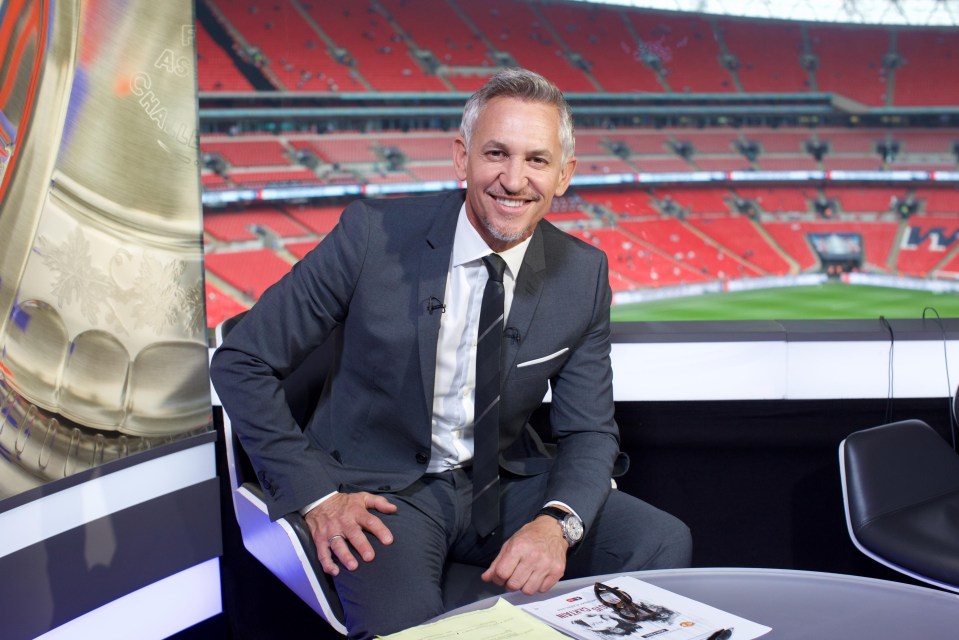 Russia has its problems. But its nowhere near as bad as the slave state of Qatar, which is the next host.

And rather better, I think, than South Africa  host in 2010  where the white farmers are facing genocide.

The world is an imperfect place and we have to get on with it the way it is.

Calling out the cretins

Every week, well glory in the imbecilic behaviour of other human beings. 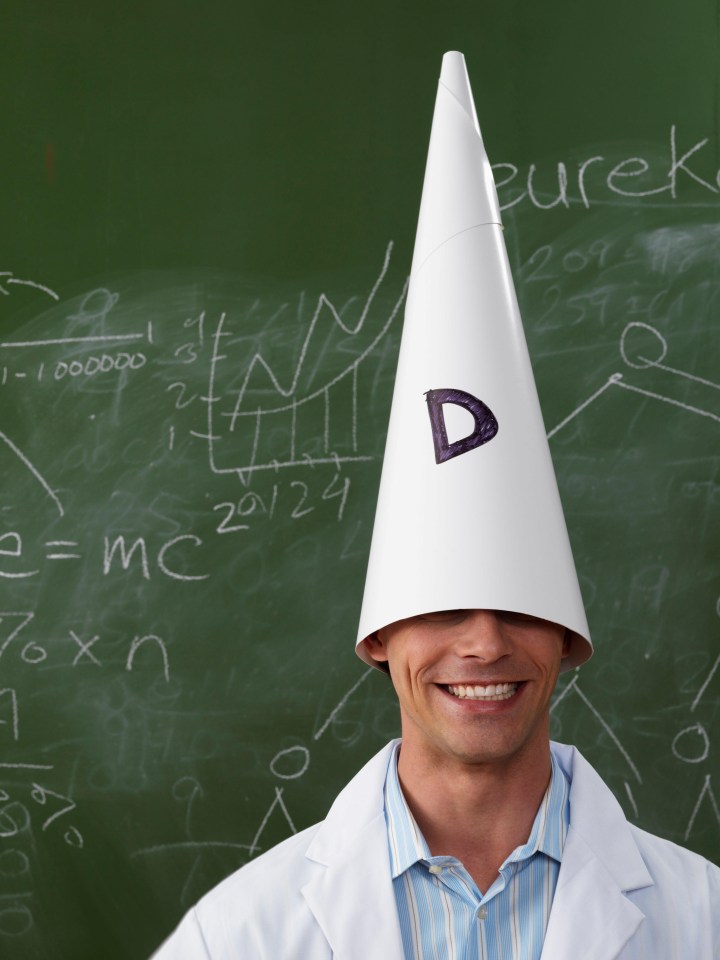 So to kick it off, how about this? My missus does a telephone quiz thing every night.

The first question the other evening was: What famous singer is an anagram of LIVES?

Contestants were given four choices. A total of 15,000 people thought LIVES was an anagram of . . . Bono.

Another 9,000 thought it was an anagram of Sting. So our first Cretins Corner is occupied by 24,000 people.

Creams sinking to the bottom

HEINZ Salad Cream is no more. In future, the glutinous, acrid slop is to be known as Sandwich Cream.

That sounds appetising, doesnt it?

I dont think a name change will save it, frankly. I always hated the stuff. 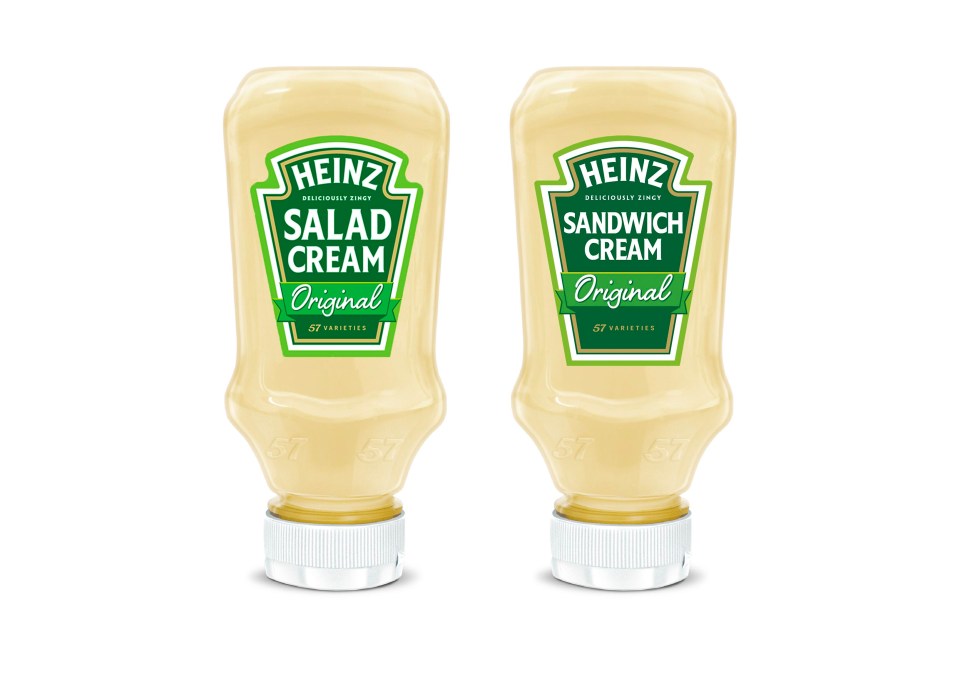 In future, the glutinous, acrid slop is to be known as Sandwich Cream

It was created because the *manufacturers thought we Brits couldnt cope with mayonnaise.

So they invented something a bit like mayonnaise but shoved in loads of vinegar and made it the texture of elephant semen.

You ate it with what we used to call a salad. Piece of processed ham, iceberg lettuce, half a tomato and a wedge of cucumber.

But while salad cream is dying, apparently people still eat sandwich spread  or cat puke, as we used to call it.

No accounting for taste, is there?

Theres no race in cycling

LONDON cycling tsar Will Norman is complaining that too few black people use bicycles  and has promised to take action.

If youre black, Id watch out for this idiot. 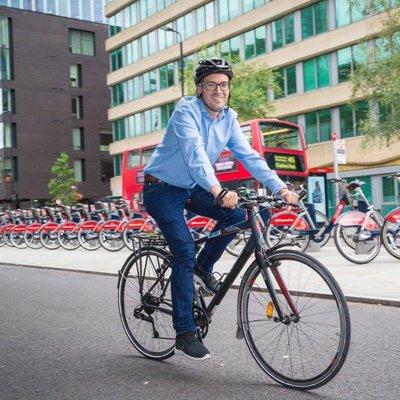 Watch out, Will Normans about

Youll be happily sitting on a bus when a deranged bloke drags you off to make you ride a bicycle instead.

Come on, black person! Be oppressed no longer! Put your feet on the pedals and RIDE.

There is nothing stopping black people riding bikes, is there?

They dont have a bloke in Halfords telling ethnic minorities, Cycling is only for whitey, so get out of my shop, mate, do they?

Perhaps, like me, they dont fancy becoming organ donors just yet.


THE Government is preparing to kill thousands of badgers.

This cull is because some badgers carry bovine tuberculosis and can pass it on to cattle. There is not the slenderest evidence that killing the badgers will eradicate the disease. And quite a bit of evidence to say the slaughter will make things worse. 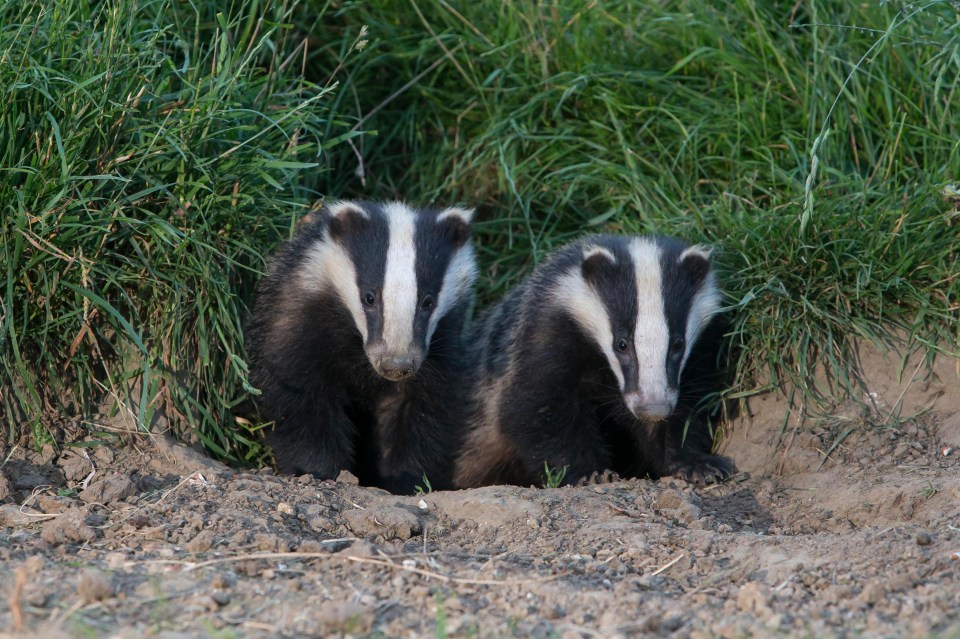 The government is preparing to kill thousands of badgers


The Government is doing it to keep the farmers happy. Its a disgrace  but when it comes to animal welfare, never trust a Tory.

QUIET evening in the London Borough of Brent. A woman hacked to death and another bloke blasted with a machine gun.

And what does the local plod have to say about the matter? Brent is a safe and vibrant place to live.

Yeah right, mate. Incidentally, do you notice the use of the word vibrant?

Thats not really the word most of us would use to describe the current crimewave, is it?