I never heard of the guy until now!

He had a travel show where he drank heavily and ate street food.

He had a travel show where he drank heavily and ate street food.

That will do it!

They made being homeless into a travel show?

He was a very smart man. You didn't have to agree with him to respect him. 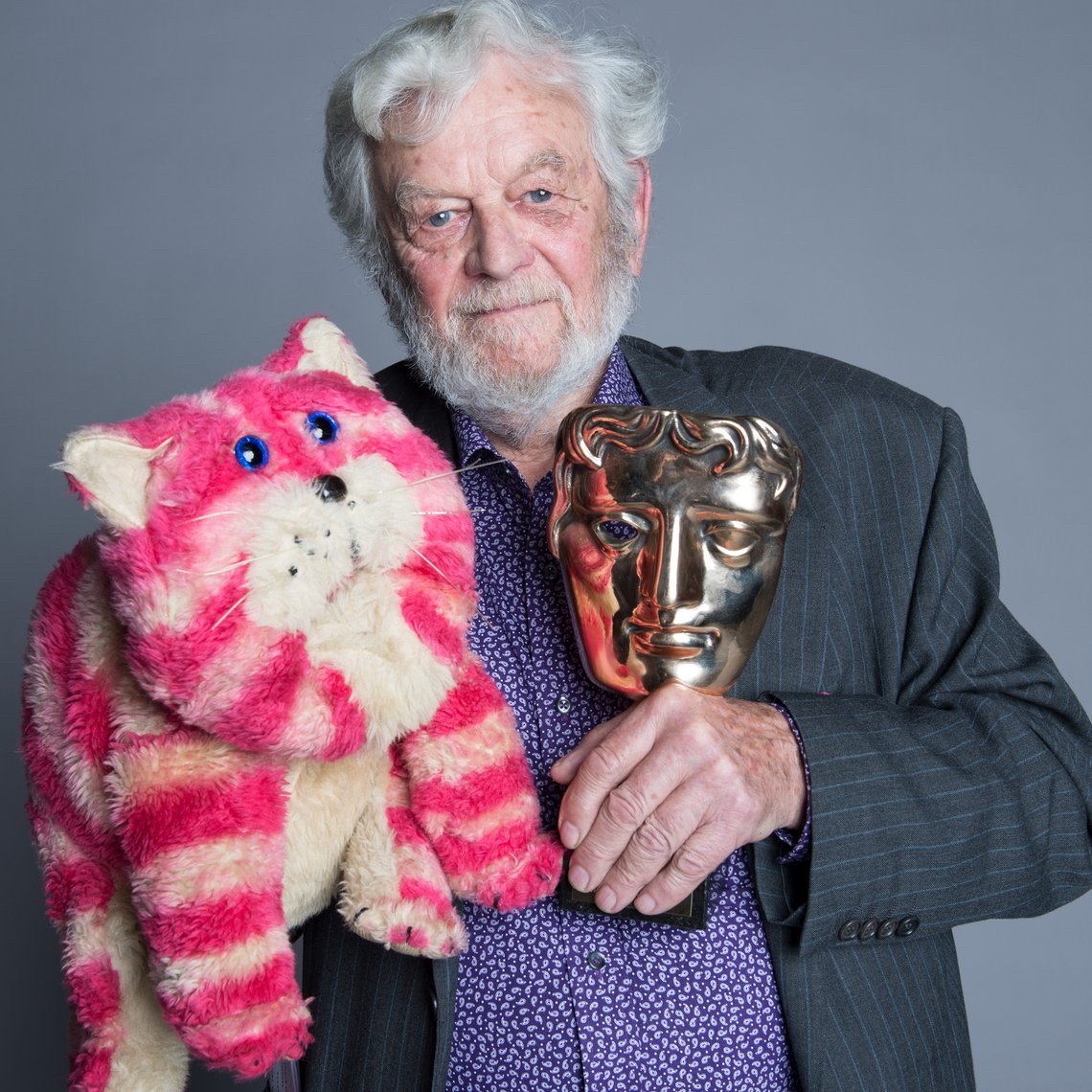 Peter Firmin, the co-creator of Clangers, Bagpuss and Basil Brush, has died at the age of 89, it has been confirmed.

Mr Firmin also helped create other classic children's shows such as Ivor the Engine and Noggin the Nog.

He died at his home in Kent after a short illness, Clangers production company Coolabi said. 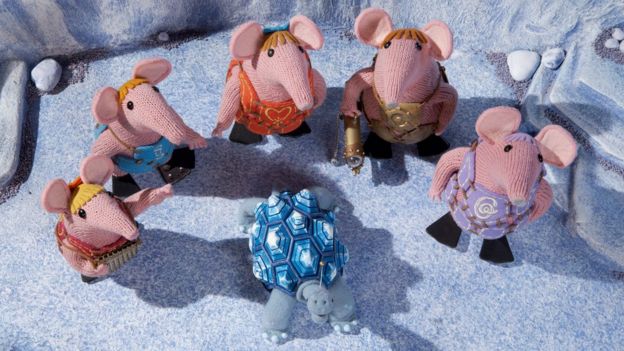 Peter Firmin was still working on Clangers in 2018

A statement from Coolabi said: "During a career spanning over six decades Peter worked with great skill in a remarkably wide variety of creative disciplines as a fine artist, craftsman and author.

"Of all his work he will probably be most fondly remembered for the characters he co-created and made."

In 1999, Bagpuss was voted the most popular BBC children's programme ever made.

The Coolabi statement said: "Peter continued to work with great enthusiasm on creative projects right up until the beginning of 2018, most notably on a new series of Clangers, which won a Bafta in 2015." 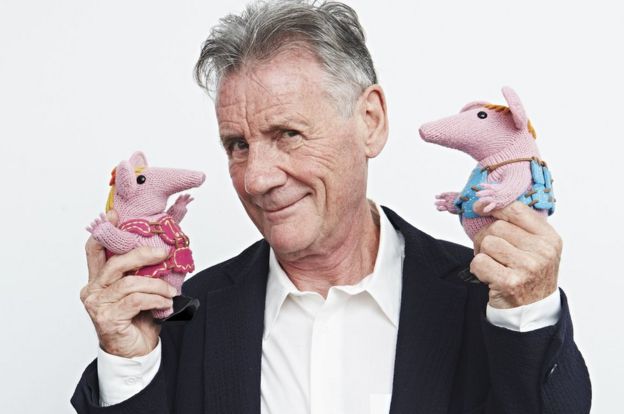 Jul 16th, 2018
Stunned hockey world mourns Ray Emery
Don Brennan
Published:
July 15, 2018
Updated:
July 15, 2018 7:20 PM EDT
Forward Brian McGrattan, middle, and goalie Ray Emery, right, were good friends during their time together with the Ottawa Senators. McGrattan mourned Emery on Twitter on Sunday. Jim Wells/PostmediaJim Wells / Jim Wells/Calgary Sun/QMI Agency
The hockey world reacted to the sudden passing of Ray Emery with extreme shock and sorrow on Sunday.
Clearly, the man they called Razor had many friends in the game.
I am fing crushed, former National Hockey League forward Daniel Carcillo, who played with Emery in Chicago and envied his demeanor and contagious personality, wrote on Twitter. You will be missed deeply Ray. I love you, man.
Also close to Emery was Dave Bolland, another Blackhawks teammate.
Lost my golfing buddy and my best friend today, Bolland tweeted. Uncle Ray Ray touched a lot of hearts and people. Love and miss ya.
Ottawa Senators owner Eugene Melnyk issued a statement about Emery, who was part of the Ottawa organization from the day he was drafted by the club in 2001 until 2009.
On behalf of the Ottawa Senators, I wish to express my sincere condolences on the passing of Ray Emery. Ray was instrumental in our run to the 2007 Stanley Cup Final, and at his best he brought a competitive edge and combative mentality to the game. On behalf of our entire organization, I wish to extend my deepest sympathies to Rays family, friends and loved ones, Melnyks statement read.
Former Senators chief executive officer and president Roy Mlakar tweeted as well: So sad to lose a great person, competitor, charitable player in my friend Razor. We will miss you, bud.
Brian McGrattan, far left, and Ray Emery, second from left, arrive at an Ottawa church with Jason Spezza, right, for Spezzas wedding ceremony in 2009. Jana Chytilova/Postmedia files Jana Chytilova / The Ottawa Citizen
During his time with the Senators, Emery became close to forwards Brian McGrattan and Jason Spezza. McGrattan posted a picture of himself and Emery from years ago.
My best friend. My brother. I love you!, he added.
Also remembering Emery was former Senator Nick Foligno, now captain of the Columbus Blue Jackets.
So saddened of the tragic news of Ray Emerys passing, Foligno wrote on Twitter. We played together for only a short time, but he was a great teammate and competitor. My thoughts and prayers go out to his family and friends, May he Rest in Peace.
Other players who were never NHL teammates of Emerys joined in expressing the deep bond of the hockey fraternity.
Rest in peace, brother, tweeted Edmonton Oilers winger Milan Lucic.
Horrible to hear about Ray Emery, tweeted Toronto Maple Leafs winger William Nylander, who played briefly with Emery in the minors. He was an incredible teammate.
Emery left his mark with Flyers teammates during his two stints in Philadelphia
Ray was a great teammate and an even better friend, Philadelphia captain Claude Giroux tweeted. Rest in peace, Razor. Ill miss you, man.
Added the Flyers Scott Laughton: At a loss for words. An Incredible teammate and stall mate. RIP, Razor.
Tweeted winger Jakub Voracek: F me, Razor. You were the best. RIP.
And then there was this from Hall of Famer Bernie Parent, the best Flyers goalie of all time
All the statistics in the world cant measure the warmth of a smile. Rest in Peace my friend, Ray Emery.
dbrennan@postmedia.com
http://torontosun.com/sports/hockey/...h-of-ray-emery

Jul 17th, 2018
Ex-NHL goalie Ray Emery drowns in Hamilton
Canadian Press
More from Canadian Press
Published:
July 16, 2018
Updated:
July 16, 2018 12:07 AM EDT
HAMILTON  Ray Emery, the former NHL goaltender whose career spanned more than a decade and included stops in Ottawa, Chicago and Philadelphia, drowned in Hamilton Harbour on Sunday, police said.
Insp. Marty Schulenberg said Emerys death does not appear to be suspicious, calling it a case of misadventure.
Schulenberg said Emery jumped off of a boat into the water near the Leander Boat Club to go swimming, and his friends called emergency services at about 6 a.m. Sunday when he didnt resurface.
Emery, 35, played for several teams throughout his 11-year career, winning the William M. Jennings trophy  and the Stanley Cup  with the Blackhawks in 2013.
The rare goalie who didnt hesitate to drop his gloves, Emery was involved in multiple altercations on the ice, including one in 2007 in which he scuffled with Buffalo Sabres goalie Martin Biron.
Biron was among those mourning Emery online Sunday.
So sad. Thoughts and prayers to his family and friends, he wrote on Twitter.
Schulenberg said Emerys body was found at about 2:50 p.m. Sunday, about 20 metres from where he went into the water. He said a post mortem will be completed on Monday.
Mr. Emery was taking a swim this morning and the circumstances around that are a part of the investigation, said Schulenberg.
Those details remain to be uncovered by our investigators.
Schulenberg said first responders were not able to locate Emery right away, and so they called in the dive unit. He said the search took longer than anticipated because they had to ensure the safety of the dive team.
Its a lengthy process and safety is paramount to our divers, he said. We need to take the time do it safely and thats what the delay was.
Several members of the NHL community, including former teammates, coaches and executives who played and worked with Emery expressed their condolences for the Hamilton native.
Current Flyers captain Claude Giroux posted on Twitter: Ray was a great teammate and an even better friend. Rest in peace Razor. Ill miss you man.
Emery played junior hockey for the Sault Ste. Marie Greyhounds, where Toronto Maple Leafs GM Kyle Dubas began his career. Dubas posted about Emerys death on Twitter Sunday afternoon.
Rays smile and intelligence made him a magnetic personality, Dubas wrote. You always rooted for him to reach his vast potential, even as he went through the many ups and downs of his playing career.
Former Leafs forward James van Riemsdyk, who played with Emery in Philadelphia, said on Twitter: So sad to hear the tragic news about Ray Emery  was a great teammate and person.
Ottawa Senators owner Eugene Melnyk also released a statement expressing condolences.
Ray was instrumental in our run to the 2007 Stanley Cup Final, and at his best he brought a competitive edge and combative mentality to the game. On behalf of our entire organization, I wish to extend my deepest sympathies to Rays family, friends and loved ones, said Melnyk.
Emery battled avascular necrosis, the same serious hip ailment that ended two-sport star Bo Jacksons career, and came back to play. He and fellow Blackhawks netminder Corey Crawford combined to win the Jennings Trophy for allowing the leagues fewest goals during the lockout-shortened 2013 season.
Throughout his career, Emery dealt with off-ice problems, including an incident of road rage, assault of a trainer in Russia and behaviour that led to him being sent home from Ottawas training camp.
http://torontosun.com/sports/hockey/...ns-in-hamilton

Jul 17th, 2018
Don't swim in the dark around moored boats, either. There are all sorts of things in the water to snag you or clonk you on the head.

These guys are all in top shape, too. Enjoy it while you got it. RIP

Mike Cohen and Don Trump officially dead to each other.

Mike Cohen and Don Trump officially dead to each other.

Trump does that to all of his ex-lovers.

Trump does that to all of his ex-lovers.