On February 6, 2015, the Supreme Court of Canada ruled in Carter v. Canada (Attorney General) that it was unconstitutional to prohibit the physician-assisted death under certain circumstances. The effect of the decision was suspended to February 6, 2016, but the Liberals have requested a six-month extension to develop and pass the appropriate legislation.

The decision of the Supreme Court, which was authored by "the Court" (meaning that the decision was a unanimous one, and the Court wished to show a united front to provide additional weight to its decision), states in para. 147 that it is unconstitutional to "prohibit physician-assisted death for a competent adult person who (1) clearly consents to the termination of life and (2) has a grievous and irremediable medical condition (including an illness, disease or disability) that causes enduring suffering that is intolerable to the individual in the circumstances of his or her condition" (source).

It appears that Canadians support the decision, and would support the enabling legislation, as 79 percent of Canadians "strongly or moderately support" the concept of physician-assisted suicide under the circumstances described by the Court (and 49% of those are "strongly support").

The Liberals' pledge to legalize and regulate marijuana has been a popular one among Canadians, with polls showing that a majority of Canadians have supported legalization and regulation, generally, since around 2007. A plurality of Canadians also seem to agree that marijuana should be administered through a Government agency, rather than be privately sold.

Canadian engagement with the Islamic State

Where the Liberals do not appear to be "entirely aligned" with the public is on the question of how to appropriately engage in the ongoing conflict with the Islamic State. Only about a third of Canadians agree that Canada should end the participation of CF-18s in the current bombing mission (Operation IMPACT), which have so far conducted 1,243 sorties in support of the operation.

Canada has also deployed its CC-150T Polaris aerial refueller, which in 337 sorties has delivered nearly twenty million pounds of fuel to coalition aircraft, and our CP-140 Aurora aircraft have conducted 368 reconnaissance sorties (as of December 29, 2015, per National Defence).

Any other substantial issues in 2016 that you expect to see come up?

Jan 3rd, 2016
None of those issues are particularly important to anyone but the mediocre hacks @ the CBC and the cut 'n paste patsies on obscure corners of the internet-like this one.

None of those issues are particularly important to anyone but the mediocre hacks @ the CBC and the cut 'n paste patsies on obscure corners of the internet-like this one. 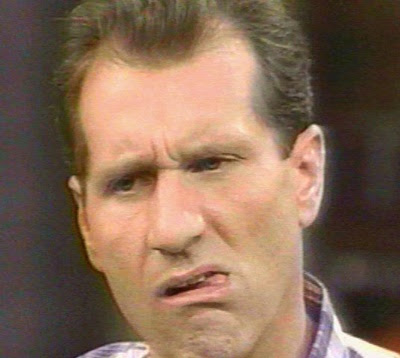 Will Leicester City win the English league title for the first time ever?

Will Britain's EU in/out referendum be held this year and, if so, which side will win it?

How will Great Britain fare in the 2016 Rio Olympics?

Jan 3rd, 2016
I hope Whittle wins the race to be London Mayor, not just because as the Ukip candidate he's the best of all of them there but also to see the look on Polish aristocrat Zylinski's face, who's running as an anti-Ukip candidate. It'd be a picture. I'd use it as my avatar.