In the Ancient World, more especially in the Greco-Roman civilization, every city had a theatre. 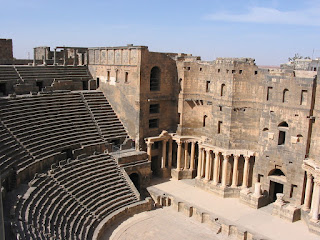 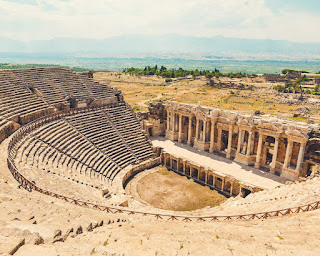 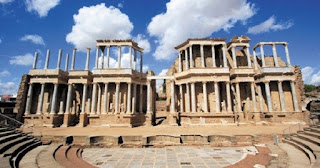 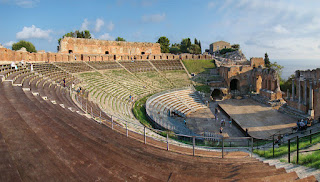 Taormina For some time, I have thought that the great catastrophe (which I continue to date in about 1350) was followed by a deep change in civilization, and that theaters were not built anymore. This is not true. Here are the three oldest remaining theaters from the renaissance. 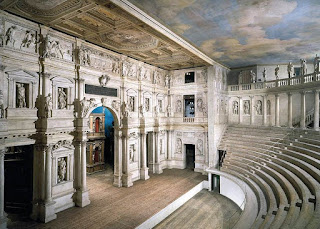 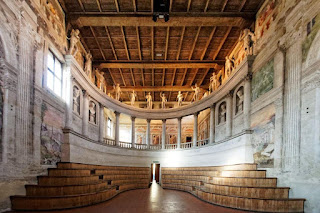 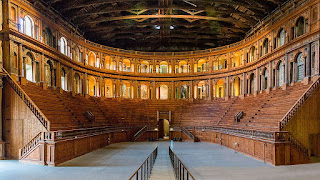 The great catastrophe was followed by a long primary rehabilitation period, and in about 1500 the now more human civilization came to cruising speed, on two separated levels. One level is the Christian level, very strongly opposed to the heathen practice of theater. On the other level, the antique civilization was continued, and new theaters were built. Only, the great catastrophe implied a serious climate change. Outdoor theaters were not built anymore. The new theaters were indoor theaters. As can be seen in the Teatro Olimpico in Vicenza, the new theaters were like the ancient theaters, only smaller and with a roof (eventually with the sky painted on the ceiling).