MHz
#1 Feb 27th, 2019
Remember when a price per bomb was included. Perfected using Gaza as the target no doubt. (GPS backdoor owned by Israel of course)

On Tuesday, India carried out an airstrike on the Pakistani-controlled part of Kashmir, reportedly targeting a camp of the Jaish-e-Mohammad (JeM) terrorist group. The organisation earlier claimed responsibility for the deadly attack against an Indian security convoy in Kashmir on February 14.

Mirage warplanes of the Indian Air Force (IAF) used Israeli-made Spice 200 missiles during the recent airstrike on a terrorist camp in neighbouring Pakistan, Indian security sources were quoted by news outlets as saying on Wednesday.
The sources claimed that each missile weighs 1,000 kilograms, is fitted with pre-fed GPS coordinates, and is also equipped with anti-jamming and anti-deflection technologies.

So which was it the Mirage or the Mig-21?

You are taking to many pills?? Step away from stupidity, do not embrace it.

The Mirage dropped Israeli made bombs on many people, same ones they use in Gaza probably. The Mig-21 used an air-to-air missile to tap the US F-16 from over the horizon. Apparently the locals killed the pilot before they found out he was one of theirs. hahaha Must have been OBL's old friends

In this engagement, we have unfortunately lost one MiG 21," the statement says.

Pakistan has claimed to have shot down two Indian jets and captured a pilot after a dogfight over Kashmir, igniting fears of an all-out conflict between the nuclear-armed neighbours.

Raveesh Kumar, a spokesman for India's ministry of external affairs, said an air force Mig-21 Bison was "lost" in engagement with a Pakistani aircraft over an area of Indian-controlled Kashmir and that its pilot was "missing in action".
He also told a news conference that Indian forces had shot down a Pakistani aircraft, and gave no further details.
Senior Indian police officer Munir Ahmed Khan said an Indian air force plane crashed in Budgam, a district in the Kashmiri state of Jammu and Kashmir in India.

India’s External Affairs Ministry spokesman Raveesh Kumar said one of its Mig-21 fighter aircraft was missing. He said India was still “ascertaining” whether its pilot was in Pakistan’s custody. He said one Pakistani aircraft was shot down, something Pakistan denied.

So what? Who cares how many were shot down. F-16 is (was) the workhorse now the F-35 is a flying disaster.

Mar 4th, 2019
Worth every penny when they are better than the alternative

Mar 4th, 2019
You miss the part where it shows they are not better? Of course you did, otherwise you wouldn't be the retard that posts here now would you?? New plane/old missile vs old plane/new missile is 1/1 when it should 2/0 for your side. The number of bombs used and what type and who made them was published ti help Israel sell them. No word on which type of Russian missile was used, I wonder why??

'Bomb on Sunday, sell on Monday' comes to mind and you get rid if about 500 potential witnesses.

Mar 4th, 2019
Which plane got shot down? Which plane won the day? You can argue until you are blue in the face over which plane is better, still doesn't change the fact that Mig-21 lost this dogfight

Been a long search has it (means I am not evil) or are you just incompetent?? (on top of being a psychopath)


What mental illness is talking to yourself?
Strange, outlandish or paranoid beliefs and thoughts are common. People with schizotypal personality disorder have difficulties forming relationships and experience extreme anxiety in social situations. They may react inappropriately or not react at all during a conversation or they may talk to themselves.

New Delhi earlier reported that it had bombed a major terrorist camp in Pakistani territory, killing numerous militants, but did not specify the number of those killed. At the same time, Islamabad insists that no such camp ever existed and that the Indian Air Force (IAF) had bombed a largely barren hillside.

India is currently working on equipping Russian-developed Su-30MKI jets with Israeli SPICE-2000 GPS-guided bombs, which were earlier used by the Indian Air Force (IAF) in an airstrike against an alleged Jaish-e Mohammad camp in Pakistan at the end of February, the news agency ANI reported, citing an anonymous high-ranking military source.
At the moment, only Mirage-2000 jets in the IAF are capable of carrying these bombs. According to the source, by equipping Su-30MKI jets with SPICE-2000 bombs, the IAF will increase its combat capabilities. The source added that the air force still needs to run some additional tests to complete the equipment process.
The Indian Air Force conducted an air raid on an alleged Jaish-e-Mohammed (JeM) camp in Pakistan last week as a response to the group's deadly attack on a security convoy on 14 February that claimed the lives of 40 servicemen. The attack prompted a response from the Pakistan Air Force (PAF), which downed two Indian MiG-21s and captured their pilots. 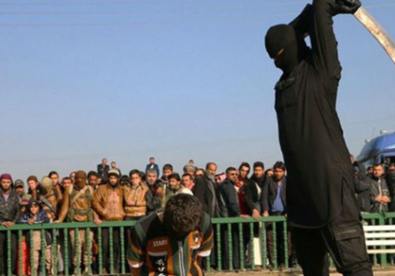 On This Day...
Mar 05, 2016: Jarablus, Syria
Parents are forced to watch their 14-year-old son
beheaded for missing Friday prayers: 1 Killed

Mar 5th, 2019
40 years ago this month Airey Neave was murdered by an Irish National Liberation Army car bomb as he left the Houses of Parliament.

This Day in History

On This Day...
Mar 05, 2016: Jarablus, Syria
Parents are forced to watch their 14-year-old son
beheaded for missing Friday prayers: 1 Killed

14 is about how old you were when you last though of God, You seem like an angry bitter old person who is already dead inside, as does the rest of the loco collective. 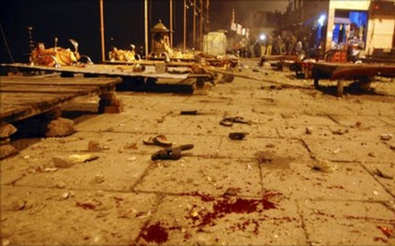 2019.03.07 (Somalia)
A group fighting for Sharia sets off a car bomb outside a restaurant, killing four.