You will be the one that needs to adjust to 'things', I've been hounded by trolls here since I said God was a literal being. The 'piling on' was when the fictitious 6M figure was shown to 'be somewhat inaccurate'. Talk about the loco collective going bonkers, the reverberations are still going on. lol
Now go start your own fuking thread.
https://globalnews.ca/news/4183916/f...thern-ontario/
MATTAWA, Ont.  Provincial police have shut down a lengthy stretch of road in northern Ontario due to severe flooding.
The closure runs about 50 kilometres along Highway 533 in the Mattawa area between Highway 656 and Highway 63 north of North Bay.
Police say the water is very deep in some areas and drivers are urged to respect the barricades.
Normally you wouldn't have to ask if it was 'fixed'.

Is it still flooded? What does it have to do with Native Diamond mines?

Is it still flooded? What does it have to do with Native Diamond mines?

Jews will be hired to cut the diamonds just like in Yellowknife and Moses parted the waters around their houses and gave them lids for their pots for when cooking ramen to avoid humidity build up and thus mold.

You have a previous post covering that event right?? If not it is news that is less than a year old and spring is just around the corner so will the road survive?

That was the reason for my post, what is the reason for your post? (a troll and racial hatred addiction would be the logical answer, that is why the collective will never consider it and there reasoning will be he is protecting the Jews.

Jews will be hired to cut the diamonds just like in Yellowknife and Moses parted the waters around their houses and gave them lids for their pots for when cooking ramen to avoid humidity build up and thus mold.

God will come to their rescue before the Jewish Diamond Miners will. I'll try to get some pics of that housing unit they had brought in from South Africa. We know that should have been clean as the blacks there have never been fuked with by being part of any medical experiments, then or now. Right?? I'll get right on it after I update you on what I came across in the last few weeks. Must be ego run amuck that would make you brag about fuking with the lives of other people to the point they die. Only a fuking psychopath, such as yourself would mock their suffering that is caused by 'you' kind' that ran the 'Government Hospitals'. Now it is an open air experiment in entire Villages.

The deeds you support are getting more insane Dr. Jeckle

Housing was one of the biggest needs facing Nunavut when it was created in 1999.
Its still the biggest problem today as the territory celebrates its 20th birthday Monday.
We just dont have enough housing, said Premier Joe Savikataaq on Nation to Nation Thursday.
Its not a secret in Ottawa that Nunavut needs housing, or that it costs more to build there.
But Savikataaq hasnt seen that awareness translate into dollars in the North.
The Trudeau government earmarked $240 million, over 11 years, in the 2018 budget for housing in Nunavut.
Savikataag said its not even close to whats needed. The funding for the 2019-2020 fiscal year will build 83 houses.
We need between 3,000 to 3,330 houses right now, he said. We are not even keeping up with todays demand and every day that demand is growing.


$262,869/house with 1/2 going to the overpriced trailer/modular home builder and the other 1/2 going as 'delivery expenses'. The location pre-built according to the layout of the Villages water and sewer system that was installed by the federal Govt. The fact that there have been decades of breakdowns means the original designed had that in mind from the start or they were incompetent at best.
In hindsight they make the perfect item to blame for the unusually high rates of certain illnesses.

'Poor water quality' has been the cover story for the last few decades, the constant exposure to 'household toxins', such as 'black mold' has been under-reported and made to be as minimal factor as possible so the only 'remedy' was to do nothing but take notes that were passed onto Health Canada and from there to the World Health in Stockholm. Both Canadian political parties continued in with that tradition without any attempts to stop it judging from any lack of progress in the elimination of mold.

The Calgary Courthouse mold experience is an example of how it is dealt with by the 'law-makers', the far north is under a different program.

There are mold remediation programs that are cheap and effective. Since the 'victim' is also the one who will be doing the 'demolition/repair/renovation' cycle the need for 'hazmat' suits goes away and 'reasonable precautions taken'. That would include taking a few products that help when mold spores are at their highest count. By the end of the renovation the condemned building is warm and dry and the air is free from toxins.

That starts with making it 'mouse-proof' and for that you need metal, such as these products. They are also adding insulation at the same time they are increasing the strength of the structure.
http://www.abetterpanel.com/product 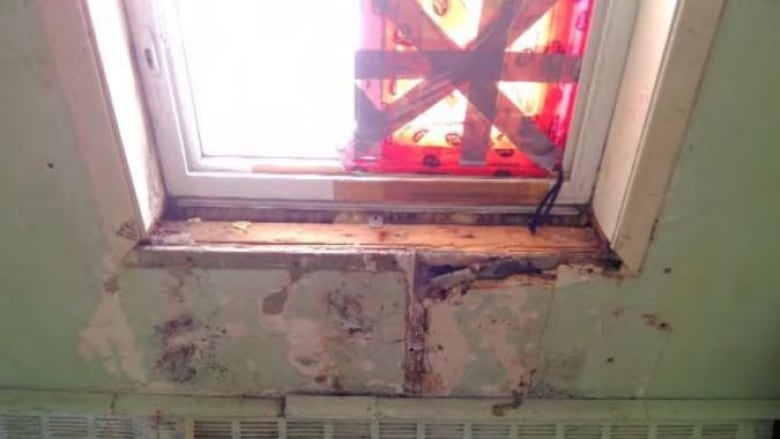 https://www.investmentwatchblog.com/...ss-the-planet/
A “mysterious and dangerous” fungal infection has emerged, and experts are warning that it is a serious global health threat.
In A Mysterious Infection, Spanning the Globe in a Climate of Secrecy, The New York Times outlines the terrifying details:

The germ, a fungus called Candida auris, preys on people with weakened immune systems, and it is quietly spreading across the globe. Over the last five years, it has hit a neonatal unit in Venezuela, swept through a hospital in Spain, forced a prestigious British medical center to shut down its intensive care unit, and taken root in India, Pakistan and South Africa.
Recently C. auris reached New York, New Jersey and Illinois, leading the federal Centers for Disease Control and Prevention to add it to a list of germs deemed “urgent threats.” (source)


This fungal infection is extremely difficult to kill.

Last May, an elderly man became infected with C. auris and doctors were not able to save him.
What happened after his death is horrifying:

The man at Mount Sinai died after 90 days in the hospital, but C. auris did not. Tests showed it was everywhere in his room, so invasive that the hospital needed special cleaning equipment and had to rip out some of the ceiling and floor tiles to eradicate it.
“Everything was positive — the walls, the bed, the doors, the curtains, the phones, the sink, the whiteboard, the poles, the pump,” said Dr. Scott Lorin, the hospital’s president. “The mattress, the bed rails, the canister holes, the window shades, the ceiling, everything in the room was positive.” (source)


In late 2015, a similar case occurred at Royal Brompton Hospital, a British medical center outside London. Workers there used a special device to spray aerosolized hydrogen peroxide around a room used for a patient with C. auris. In hopes that the vapor would disinfect the room, they left the device running for a week. When they tested the room to see if any microbes survived, they found only one: C. auris.
C. auris is a serious emerging public health threat.

C. auris is the latest addition to the ever-growing list of one of the world’s most dangerous health threats: the rise of drug-resistant infections.

“It’s an enormous problem,” said Matthew Fisher, a professor of fungal epidemiology at Imperial College London, who was a co-author of a recent scientific review on the rise of resistant fungi. “We depend on being able to treat those patients with antifungals.” (source)


The CDC is concerned about C. aruis for three main reasons, according to the agency’s website:
As of March 29, 2019, 617 cases of C. auris have been reported to the CDC.