Blackleaf
#1 Feb 17th, 2019
Derry City is a Northern Irish football club. But rather than play in the Northern Ireland Football League (NIFL) it plays in the Republic of Ireland's League of Ireland Premier Division. This means that Derry City will become the only British team to be competing in a domestic EU league after Brexit... 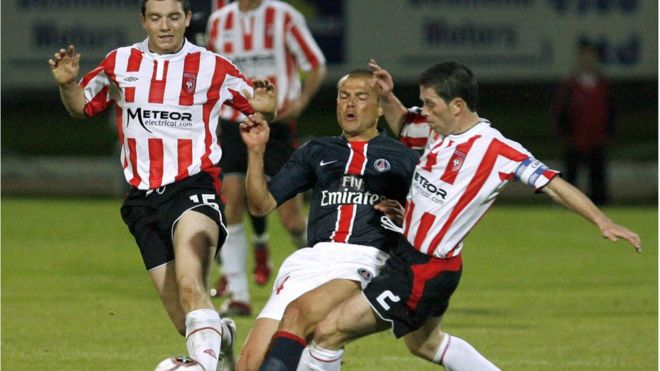 In the world of sport, Brexit, backstops and borders may not be foremost in the thoughts of fans.

That sport and politics should not mix is, after all, an oft repeated phrase.

But for Derry City Football Club, this year celebrating 90 years since its first competitive match, Brexit puts the club in a unique position.

When Brexit happens, the Candystripes become the only UK-based club competing in a domestic league within the European Union. 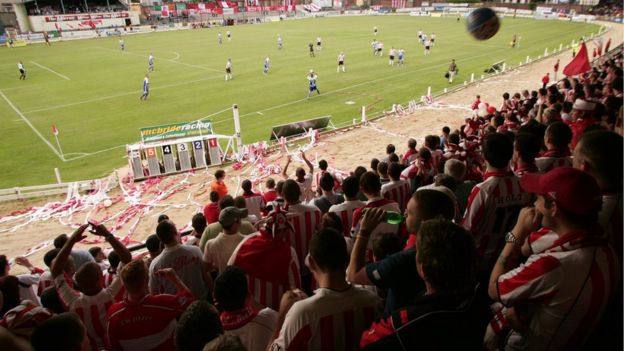 The city of Derry has a hinterland that straddles the Irish border.

After Brexit, it will straddle the EU-UK frontier.

The football club's Brandywell home ground lies less than four miles from County Donegal in the Republic of Ireland.

And for more than 30 years they have played in the Republic of Ireland's league.

How Brexit plays out may add to their cross-border dynamic.

Derry has, over the past 30 years, gained a wealth of cross-border experience.

And it has a history shaped previously by events off the pitch. 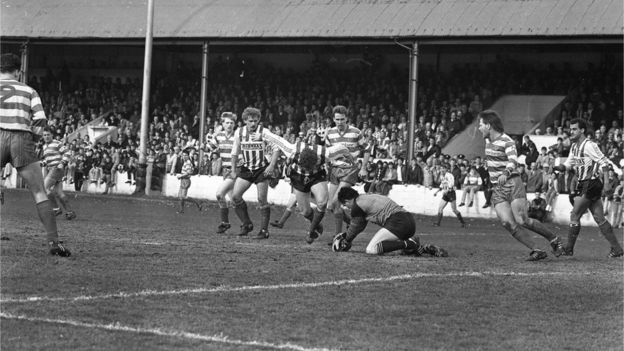 In 1972 - a year regarded as one of the worst of the Troubles in Northern Ireland - a supporters' bus from visiting Ballymena United was burned on a visit to the Brandywell.

The club was expelled from the Irish League in Northern Ireland and forced into the footballing wilderness.

Its exile ended with acceptance into the Republic's League of Ireland in 1985.

The Irish government, though, is planning for how cross-border sports could be affected by the UK's EU withdrawal.

The Irish Department of Transport, Tourism and Sport has said it acknowledges that the "uncertainty of Brexit may pose challenges" to sporting bodies and it is making itself "available to assist such organisations should this be required". 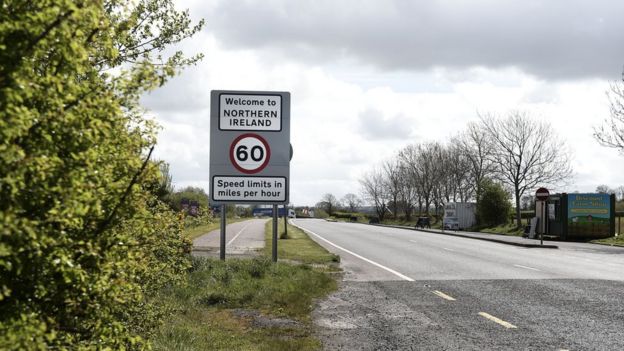 After Brexit, the Derry-Donegal border will be part of the UK-EU land divide

The government may be planning for all possibilities but fans are thinking only about football.

Mickey Kerrigan, the chairman of the Pride of Northside supporters' club, has been travelling home and away to matches since 1985.

Brexit is not a factor for fans eagerly anticipating a new season, he said.

Politics, he added, "should never interfere with football".

"People can make all the predictions they want about Brexit but the truth is that no-one knows what will happen," he said. 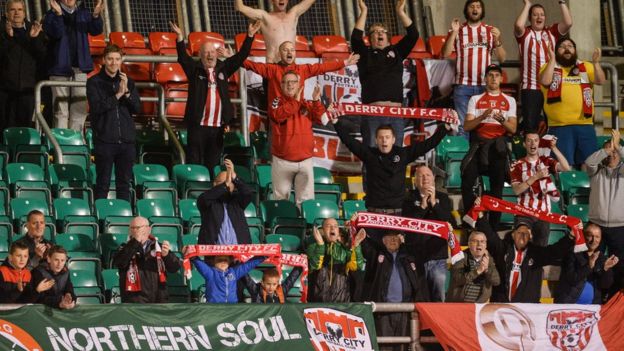 Fans are not factoring Brexit into their new season planning, says a supporters' club chairman

"Derry City fans have already been through the years of a hard border - we've had traffic tailbacks, delays and checks on the border and we shrugged our shoulders and got on with it.

"I can't see what change there will be for supporters - maybe some traffic issues if anything - but we have a new manager, new signings and are ready to get on the road for the new season.

Derry City begin the 2019 League of Ireland campaign at home to UCD on 15 February.

On 29 March - the date on which the UK is due to leave the EU - the Candystripes host Sligo Rovers at Brandywell Stadium.